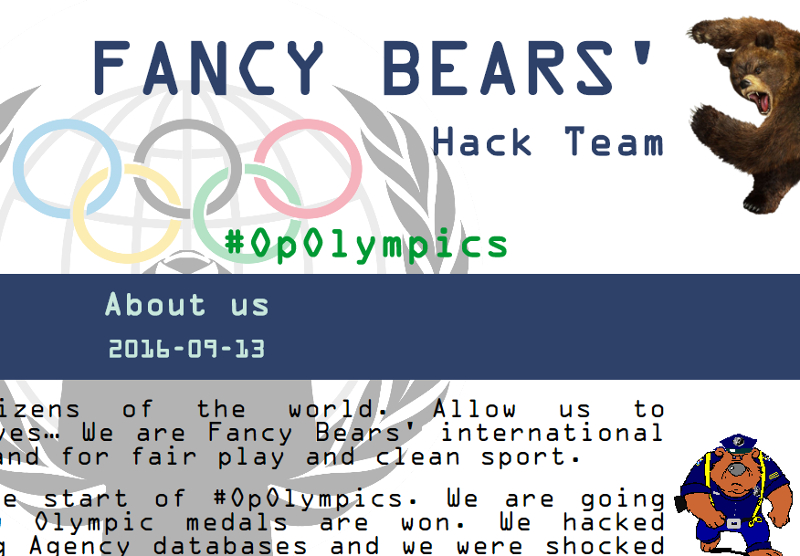 Russian hacker group Fancy Bears proclaimed that they were on a noble mission when they released World Anti-Doping Agency (WADA) files to the public. Their intent, they said, was to expose high-profile Olympians who were taking advantage of the WADA therapeutic use exception (TUE) system to take performance enhancing drugs that would otherwise be banned.

The group released supposed proof that they believed showed the hypocrisy of the system as hundreds of athletes were getting TUEs ahead of the 2016 Rio Olympics. On Sunday, WADA said that when the board met in Glasgow, Scotland, 18 of the TUE records alleged to be fake.

Beginning in September, Fancy Bears periodically leaked confidential medical records of prominent and respected athletes. High-profile names such as Mo Farah and Galen Rupp were among runners whose information was released to the public.

Athletes in multiple sports were implicated with confidential TUE records being released that showed they were authorized for medical reason to use banned substance. The use of TUEs is allowed, accepted, and within the WADA rules.

In all, 228 TUE records of 127 athletes were leaked and then released by Fancy Bears. WADA officials said in a meeting of the agency’s board in Glasgow that not all the records released were authentic. WADA’s medical director, Alan Vernac, said that 18 of those records were fabricated by Fancy Bears as the National Post reports.

WADA Medical Director: Only 1% of the 11,303 athletes at Rio 2016 had Therapeutic Use Exemptions (TUEs). No evidence of abuse of system

Russia’s intelligence agency is allegedly behind the WADA hacks which were in response to the McLaren report spearheaded by Canadian law professor Richard McLaren. That was the document and investigation which exposed Russian laboratories of covering up hundreds of positive doping tests from 2011 to 2015.

It remains unclear which of the 228 TUEs leaked are thought to be fake. WADA says that Fancy Bears is not believed to have forged documents but rather, Vernac says, they tweaked existing documents that were obtained in the hack.

The scrutiny the hacks put the TUE system under has led to many stating the system needs more examination to work more effectively and leave less room for abuse by athletes seeking out substances for their performance benefits rather than for medical reason.