New Brunswick’s Geneviève Lalonde ran an extremely impressive race on Saturday at the World Cross-Country Championships in Aarhus, Denmark. The 2016 Olympian hadn’t had a cross-country season in five years before the fall of 2018, but her gamble to put one together and qualify for the World Championships paid off.

Lalonde finished in 20th, and was the first North American woman across the line ahead of huge track and field names like World Championship silver medallist and American steeplechase record-holder Courtney Frerichs. Lalonde is the highest Canadian female finisher at a World Cross-Country event since 2004.

The runner says it was one of the hardest races of her life, and she’s been sick at the World Track and Field Championships, so that’s saying something. The course had huge elevation gain and a series of obstacles like mud, sand and water. “It ranked up there as one of the hardest races of my life. It was 10K and you could never catch a rhythm. When you went downhill that’s when you could breathe because as soon as you started going uphill again you were just grinding. Also, you can’t tell how intense that roof is until you run it. They weren’t joking when they called it a man-made mountain.”

Cross-country is a real melting pot of track and road runners, making it arguably one of the most competitive races in the world. Lalonde said she anticipated getting passed by some Canadians or Americans, but it didn’t happen. “I had no clue where I was in the pack for most of the race. It wasn’t until lap three that Chris Winter [coach and steeplechase Olympian] told me that I was around 20th.”

RELATED: VIDEO: A day in the life of Gen Lalonde

Lalonde describes the event as spectacular, with huge crowds of runners but also sports fans. “The Danes did an incredible job with this race. There was a beer garden, a kiss cam, and people really bought in. It was a party.” 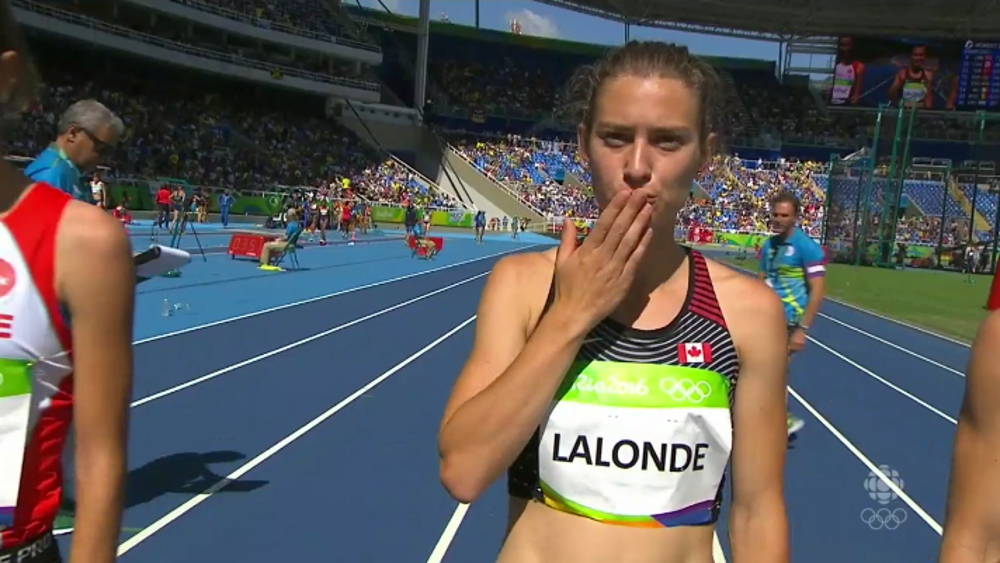 Her performance at world cross-county is a huge vote of confidence for her upcoming outdoor track and field season. “It propels me knowing that I’ve got this super solid base. I’m looking forward to lowering my mileage and finally running on the track. And also not having to eat everything just to maintain weight. I can’t wait to be back into the groove of steeple. It was huge to know that just because the other women I was running against had done huge things on the track, didn’t mean that I couldn’t hold my own against them.” Lalonde will open her outdoor season at the Shanghai Diamond League on May 18th.