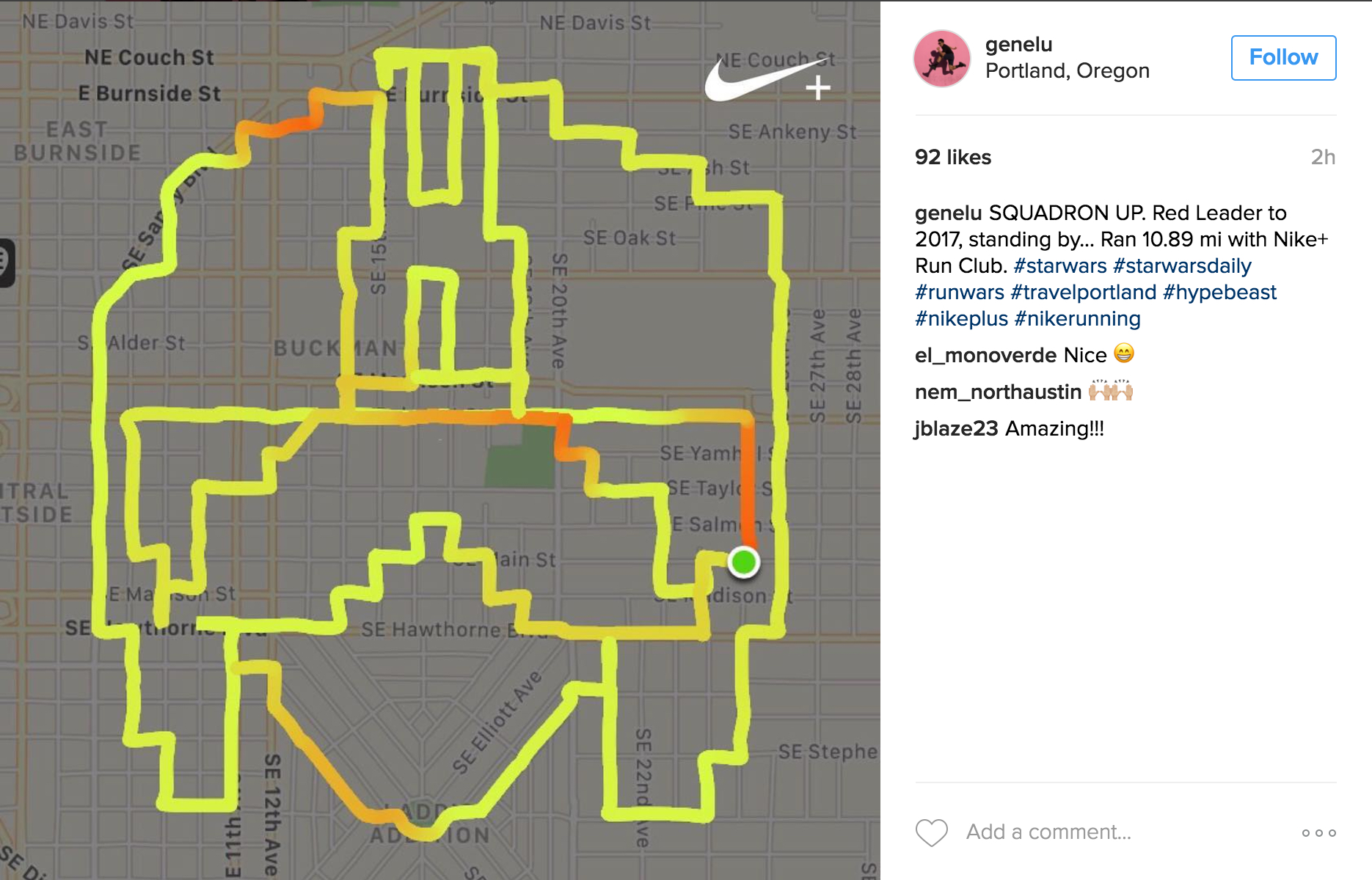 A Portland, Ore. runner is up to his old tricks for the second consecutive year.

Gene Lu, who made headlines in late 2015 for creating Star Wars-themed run routes, is doing the same this year following the release of Rogue One: A Star Wars Story. Using Nike+, Lu maps out routes in Portland and follows step-by-step directions to make GPS art.

Two of his runs were 17K with the Death Star route being 22K. The other recent run, 5K, was in honour of Carrie Fisher, best known for her role as Princess Leia in the series, who passed away on Dec. 27 at 60.

The routes are part of what Lu calls Run Wars, a project where he maps out routes in the shape of Star Wars icons and runs them. In 2014, he did Run of Thrones, a similar initiative though with Game of Thrones-themed routes. Lu is able to create the routes using Nike+ Places. He then uses Google Maps, specifically Street View, to ensure the route is runnable. He also posts the routes to his Strava account.

“These runs gave us new reasons to pound the pavement,” he writes on his website on the topic of the themed routes. “We were no longer tied to the same old routes. We were running through new neighbourhoods, across various bridges, down hidden alleyways, and past famous and obscure landmarks. In addition to all of this new stimuli, anticipating the next steps in the turn-by-turn directions further broke down the monotony of running.”

Rogue One was released on Dec. 16 in Canada. So far, the film has an 84 per cent approval rating on Rotten Tomatoes, a film review aggregator website.

See Lu’s designs from last December when he created routes in the shapes of Darth Vader, Yoda and an AT-AT Walker here. He has created directions for all of his routes for other runners to replicate if they’re in Portland via his Run Wars website.