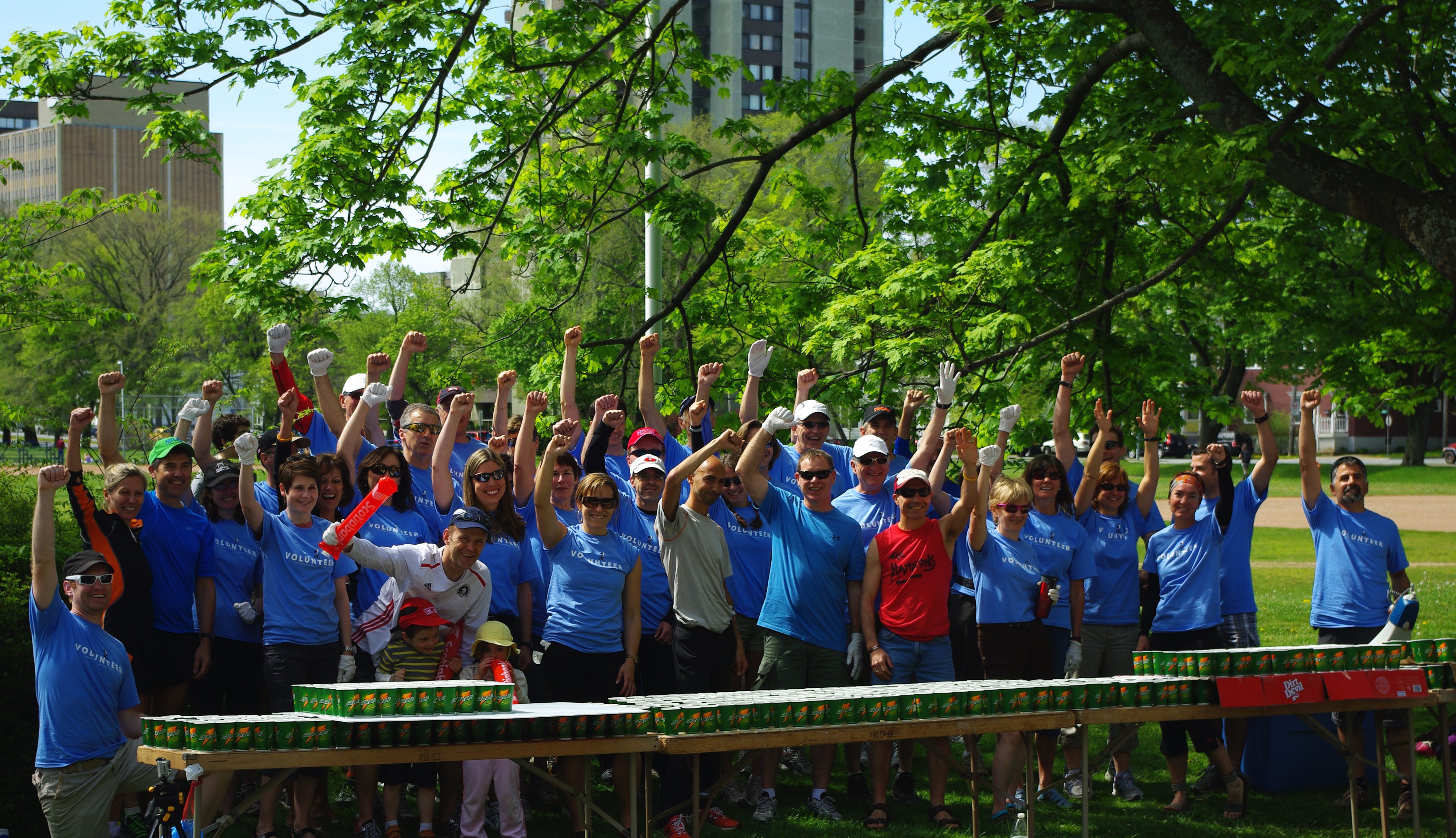 This Halifax club believes that running doesn’t have to be a solitary sport.

Before jumping into a busy week, the   members the Halifax Running Club come   together to run along the ocean through   the south end of the city. Many of the 95   members show up every Sunday for the   popular club organized long run. Without   the club, their lives would probably never   have intersected. Among them are accountants,   marketers, doctors, students and   runners who are now long retired. “We   have every range of occupation,” organizer   Erin McDonah says. “It always makes for   interesting conversation.”

Their Sunday route along the peninsula   starts at their clubhouse, a curling facility   that’s been around since 1824. They   typically run around Point Pleasant Park   and along the Halifax Harbour, past the   Seaport Market, Garrison Brewery and the   historic properties area of the city.   The club accommodates runners of   different levels of fitness and ability. They   have designed shorter 8 and 16k versions   of the traditional 21k loop around the   Halifax Harbour to accommodate newer   and slower runners.

This all-inclusive attitude among club   members “is part of what makes running   with the Halifax Running Club special,”  McDonah explains. She says that runners   who come out to run along the peninsula   all have different fitness goals. Some   are competitive, but there are members   who do not race. There are also members   training for triathlons who will show up   on Sundays with a bicycle.

Those who stick with the longest route   will run past some of the cities’ most   intriguing landmarks, including the   North End’s Hydrostone District at the   14k mark. The café-lined trendy neighbourhood   was built to house   those displaced by the 1917   Halifax Explosion.

McDonah, a lifelong runner   who has completed more than   a dozen marathons, has been   involved with the running  group since it started in 2004. It all began   when a small group of runners from Halifax   went to the Boston Marathon. McDonah   says that she noticed that there were many   clubs that had travelled together to the   race and supported each other as a team.   Envying that connection, McDonah and   many other Halifax athletes decided to   start their own club. “We like the camaraderie   of running together,” says McDonah.   “It’s also social.” After their group runs,   members will sit down together inside the   curling club and sip on the coffee donated   by local café Java Blend.

The club fosters a community environment   by hosting events and spending   time together outside of running. To keep   things going in the dead of winter, they   host an indoor track meet and their annual   New Year’s community breakfast after   their run. Usually, over 100 members and   non-runners from the community turn up   to start the year off right.