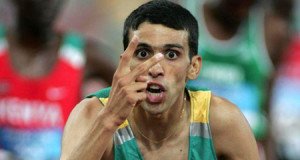 The Moroccan known as “King of the Mile” is set to become the youngest ever inductee into the to International Association of Athletics Federations Hall of Fame.

He will be inducted alongside 11 other athletes from earlier eras at the IAAF World Athletics Gala in Monaco later this month.