Most runners give each other a smile or a “Hey” when out on the road, but Vancouver runner Cory Jennermann, also known as Cory J, has been taking the running greeting quite a bit further than that. A couple of years ago, he set himself a challenge: to high-five at least one other runner on every run. He tracks his results on Strava, and so far he has high-fived (or attempted to high-five) more than 200 other runners.

RELATED: Could smartphone use mean fewer greetings on the running path?

Jennermann is known in the local running community for his fun-loving approach to running and willingness to support friends. (One friend reports he even did her “disgusting laundry” after pacing her for 50K in a 100-mile race this summer.) He ran the third highest number of Grouse Grinds in this year’s Multi-Grind (13) , and ran the Boston Marathon for the first time this year. Did he do any high-fiving in Boston, in the rain, wind and cold? “Oh, hell yes,” says Jennermann, “I probably hit about 1,000 people along the guardrails.”

But why do it? “I like to think that maybe for a short moment the stranger that high-fived me back feels a bit more inspired,” Jennermann writes on his blog, which appears on RunGuides.com, the North American race site he co-founded with Brendan Eamer in 2013 and now manages full-time. “Or maybe they feel a little bit more connected, or they just have have quick laugh at the weirdo that high-fived them, and tell someone about it later on.”

The idea came to him when he was out on a run with a friend in 2016, and the friend high-fived another runner. “I’m like, did you know that person? And he said nah, and I thought, that’s really funny. You know what? I’m going to try to do that on my next run… I thought it would weird people out a bit–they’d either think it was cool, or go ‘who was that guy, did I know him? What’s going on?'”

Jennermann admits that his high fives are not always enthusiastically returned. He estimates his completion rate is about 96 per cent. (As of today, he’s at 208 high fives attempted, and 201 completed.) As he got further into his challenge, he developed a series of steps (Assess, Prompt, Action, Contact) for optimizing his high-five completion rate.

Step 1: Assess. I quickly take a look to see if the runner that I'm going to high five has a free hand to high five me with. Do they have enough time to realize that’s going on? Are they paying attention? 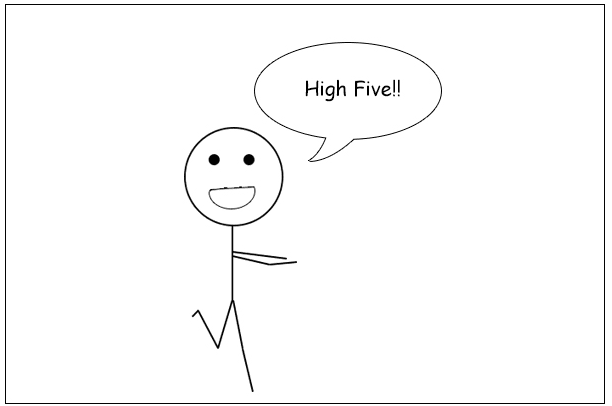 Step 2: Prompt. I make eye contact, extend my hand to the side, clearly say “High Five!” and (this is key) give my own hand a slap to indicate that the high five is on. 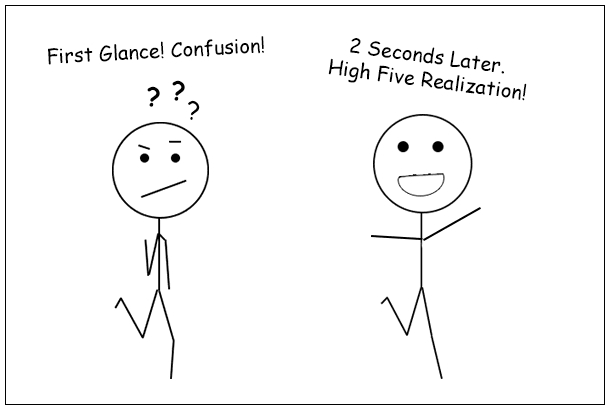 Step 3: Action. I watch with hope as the other runner looks at me with a bit of confusion, quickly realizes what’s happening, smiles and extends their hand.

Step 4: Contact. We high five, I yell “w00t!!” or something to that extent, we both carry on with our runs. 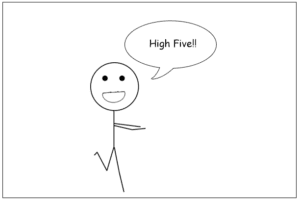 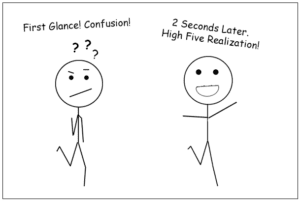 When asked if he’s ever had pushback from anyone who felt harassed by his attempt at connection, he says no. “The few denials have been because people were super zoned in to what they were doing,” he says. “I do tend to attempt them during the day, or in super well-lit areas. It typically takes people a few seconds to realize what’s going on. I could see how some random dude crashing towards you with an outstretched arm at night would be slightly unnerving.”