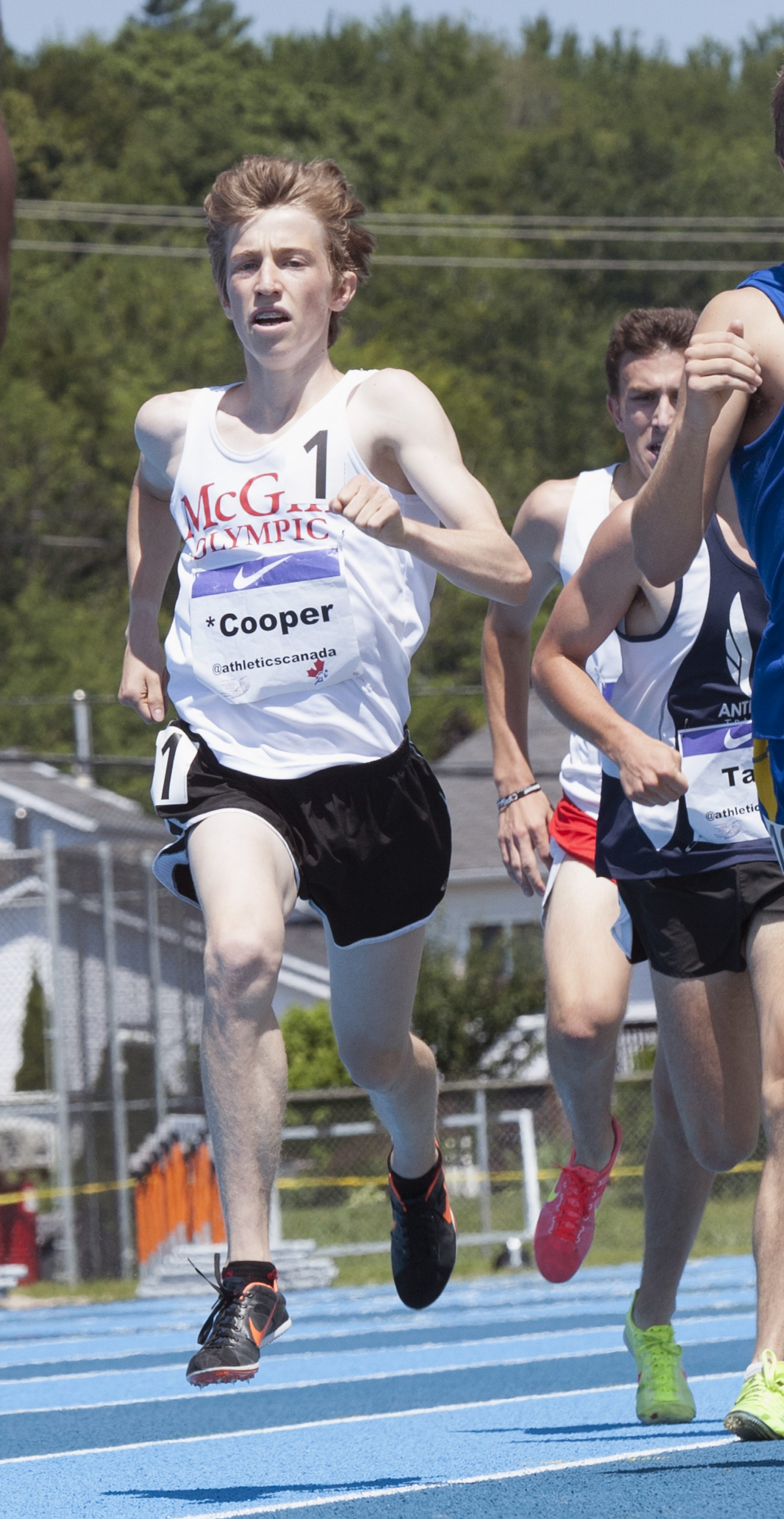 A child of diplomats, this Canadian product is ready for the world stage.

Italian born to British citizens, raised in Montreal, with    aspirations of running at an American university, for a young    man of 17, Charles Cooper already has the air of a runner destined    for the international stage.

He started out as a swimmer, but in Grade 7 when his twin brother    Duncan decided to try racing cross-country, Charles thought he    would give it a go as well. Engaged by the tactics, surging up and    down hills and through mud, Charles won the regional schools    championship in his first year. He was approached by McGill    Olympic Club’s junior development coach Robert Demers, who    invited both brothers to join the club. Having Duncan around    pushed Charles to be competitive early. “We had nearly identical    PBs, so we were always trying to beat the other twin’s time,” says    Cooper. “Nowadays, we have different goals and priorities so I’m    running a lot more than him. There’s more friendliness on the track    and less stress when we race each other.”

The club scene in Quebec, which is much    more competitive than the high school    circuit – a welcome challenge for Cooper.    “It was entirely different,” says Cooper. “I    finished 12th at my first cross-country    provincial meet.” In his first 3k race on    the track he finished in 10:31, a fairly    underwhelming time for an aspiring high    school star.

It took some work, but Charles was soon    back on top. Three years later, he’d dropped    his 3k time to 8:39. He attributes the    improvement to more consistent training,    and doing more than just club practices.    “When I started, I ran two or three times a week, and I only did    interval sessions,” says Cooper. “Now I run six to eight times, with    much more structure and planning.”

“Everybody feels sorry for me about not receiving my medal or    standing on the podium with the other runners,” Cooper says    of being kept from medalling  due to his citizenship. “But, to be    honest, it wasn’t  that bad. I still knew that I had won the race and I    still received congratulations from all the fans and other athletes.”

Still, there was some frustration. “The only aspect of their    decision that bothered me is the way the rules were applied. They    allowed me to place last year in the same events, and when I won   a medal in 2011, they gave it to me,” Cooper says of his history at    the Youth Championships. “The craziest part is that I was actually    allowed to run in the 4 x 400m relay and keep my medal in    that event. Obviously, I’m very grateful that I was allowed to    run in that race, but the fact that they can apply the rules at their    discretion is confusing.”

This fall, Charles is opting to go to Grade 12 at Lower Canada    College in Montreal. High school students who opt to do Grade 12    in Quebec are not allowed to register at Quebec universities, but    this choice makes for a quicker transition to university in the U.S.    “I decided to do Grade 12 because it would open up many more    opportunities to run outside the province in university,” Cooper    says. “From an academic perspective, I think both options have    their pros and cons, but if I want to run track taking Grade 12    will make that easier.”

Cooper plans to head to the NCAA,  for the challenge of    competing against some of the top college-age runners in the    world. “I want to give myself the best chance possible to achieve    my full potential,” Cooper says of his goal to run at a Division    I American college. “I think that surrounding myself with likeminded students and devoted coaches will definitely help.”