Eliud Kipchoge has been the frontman of Nike’s Breaking2 band since 2017, but while he is an incredible talent, he certainly wasn’t the only person in the running for the job. Newly released data showing how the Breaking2 team was chosen sheds light on why Kipchoge was dubbed an ideal candidate to break the two-hour barrier in the marathon, and it looks at exactly what it takes to run that fast for that long. 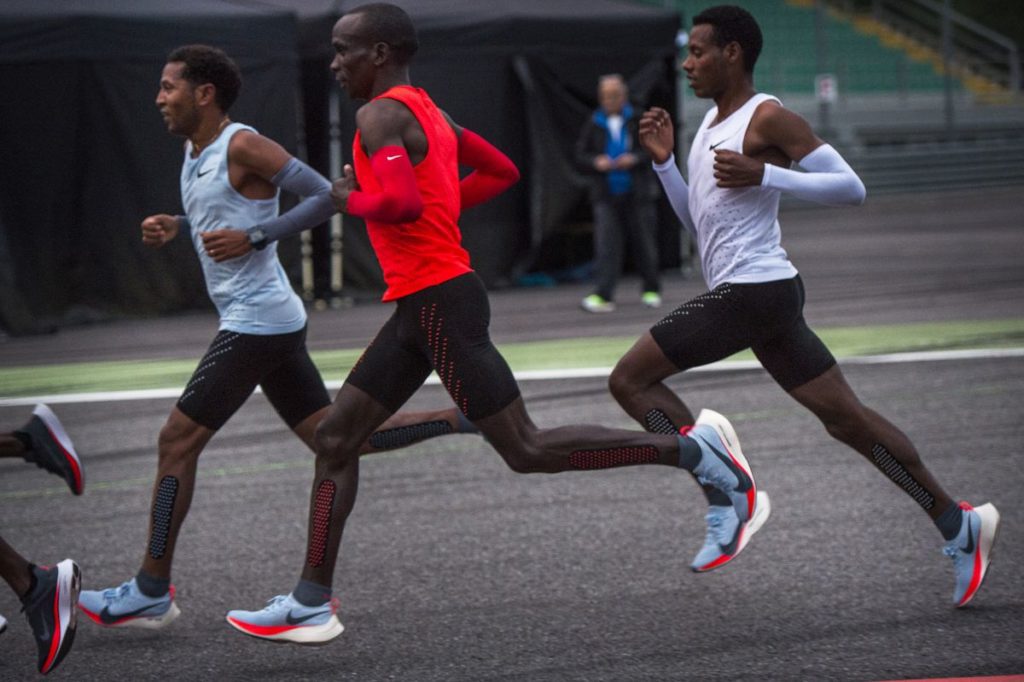 RELATED: Why Kipchoge’s and Cheptegei’s bad races are a good thing

Researchers assessed 16 world-class distance runners for their potential to break two hours in the marathon. Through a series of tests, they ultimately identified Kipchoge and two others as the men most likely to be successful. These subjects completed a treadmill test that looked at their VO2 peak, their lactate threshold and running economy while cruising along at 21.1 kilometres per hour (exactly a two-hour marathon), which translates to 2:50/km.

For all tests, athletes ran in the same undisclosed lightweight racing flats (all athletes were also Nike-sponsored). Three runners who certainly completed this testing are Kipchoge, Zersenay Tadese and Lelisa Desisa, as they were the three men Nike ultimately chose (though none of them are directly identified in the report).

RELATED: The new way to predict your marathon pace

The main goal of the study was to find exactly what the physiological cost of running a two-hour marathon pace is. interestingly, researchers found that one lone variable isn’t a good predictor for a runner’s finishing time – you need to look at all three in tandem. “When considered in isolation, V̇O2peak, O2 cost of running and lactate-related metrics were not significantly correlated with marathon performance,” they said. For example, some runners with superior VO2 maxes had poor running economy. The recorded VO2 maxes ranged from 62 (which can be seen in recreational runners) to 84 (which, for example, is the same as Lance Armstrong). Those who scored in the 60s for their VO2 max were likely the runners who proved to be the most efficient in other ways.

Based on the results of the 2017 race, Kipchoge likely had the most promising results across the board.

Researchers found that the best estimation for marathon performances comes from assessing a runner’s critical speed. Critical speed is essentially the fastest a runner can possibly travel for an hour. If you’re looking to assess critical speed at home, runners can plot their three fastest times over three distances (these times should be recent). For example, they could look at their best 400m, 800m and 5K times. From there, they can find the pace they can hold for roughly an hour. According to a 2017 study, elite runners can hold 96 per cent of their critical speed over the course of a marathon (though it’s usually less for recreational runners).

When you look at the results of this research, it proves that even among supremely talented runners, there’s huge diversity in the physiological qualities that make them fast. About half of the subjects were heel strikers, some had great VO2 maxes but poor running economy, others made up for their poor running economy with a remarkable lactate threshold. All of this is to say that, like in most things in life, there are many different ways to get the same job done.