Malindi Elmore has had a killer 2019. The runner won the Canadian half-marathon championships, ran one of Canada’s fastest-ever marathon debuts and is fresh off a win and course record at the Eastside 10K. Elmore competed in the 2004 Olympics in the 1,500m but retired from professional running seven years ago. She’s since started a family and taken on several jobs. But running found its way back into her life in 2018, and now she’s hoping to make her second Olympic team in October at STWM 16 years after making her first.

But this time, trying to get to the Olympics looks significantly different than it did before. Elmore says that her first time around, she did her workouts during business hours. “When running was my only job and I didn’t have kids, I would work out between 8 a.m. and 5 p.m. and I’d make sure the conditions were ideal. If it was a little rainy I’d wait. If I was tired I’d take a nap. I’d optimize everything for my run.”

Now things are different–she’s got two kids under the age of five and a coaching business. “Every day is different, and that’s one of the biggest challenges. Kids this young can’t be left alone, so child care is big for my husband and me. I’m so lucky that I’ve got my parents close by and such a supportive partner.” 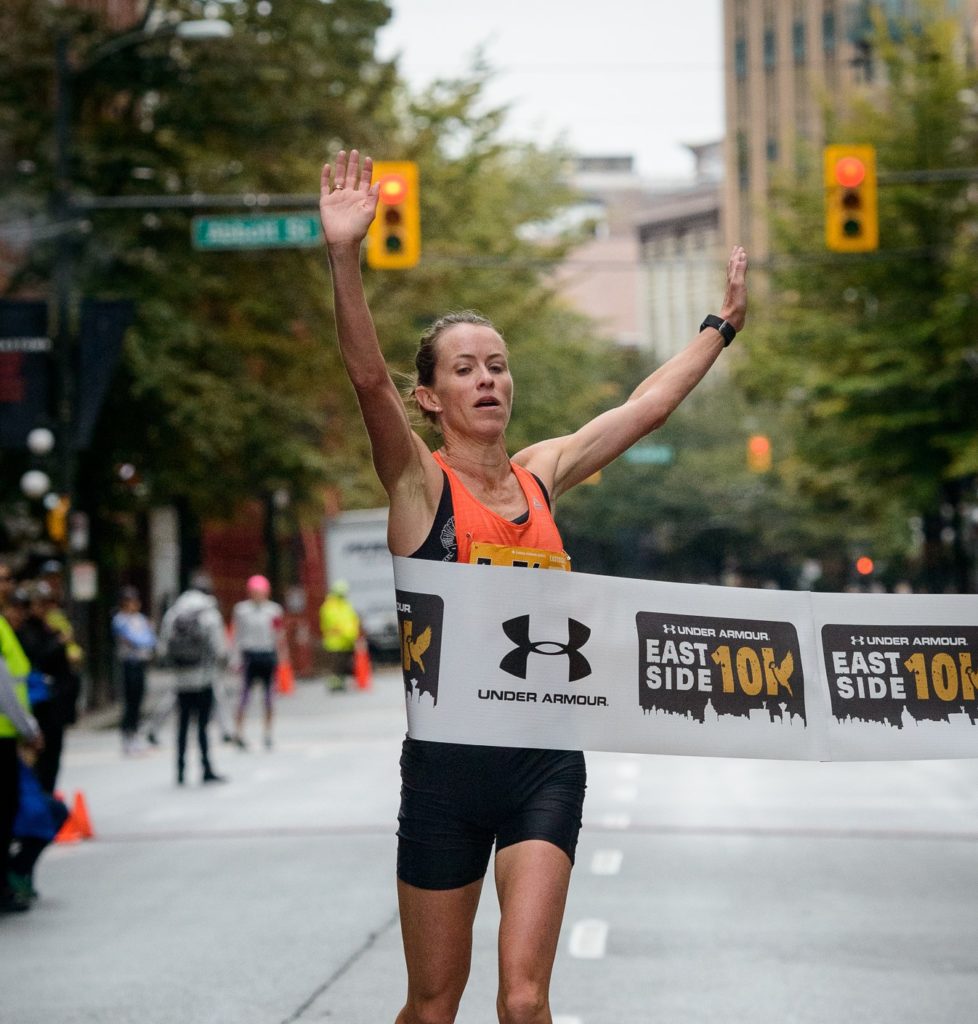 Elmore wasn’t a morning person, but she’s had to become one to accomplish everything on her daily to-do list. “If I know I have a busy day, I’m up at 5 a.m. to make sure my training gets done. Also we got a treadmill, which has been important for training. This way I can run while a kid is napping, for example. It’s no longer about running when it’s optimal, it’s about getting training done when it works with everything else in my life.” Elmore is a coach and event organizer in addition to being a runner and mom. She says it provides balance and mental stimulation in her life, but at times the emails certainly pile up.

The runner says she ideally runs in the morning, for two reasons: one, it’s quiet in her house and two, she’s more patient once her workout’s over. “I certainly prefer the morning now. I like to bite the bullet and get it done early so I’m not stressed about it. I feel big relief if I can get out the door and get it done. The quiet time is kind of nice when no one’s up in the morning before my run. I get up and have some coffee and eat. I really don’t like running without something in my stomach.”

She’s very happy with her course record time from the Eastside 10K–she wasn’t sure if she still had 10K speed in her legs after focusing training on an event that’s four times the distance. “It was surprising to run so well yesterday, because I’m not used to running fast right now. Almost everything I do is at marathon pace, so it felt good to have that second gear. Sometimes marathon work can surprisingly translate to faster performances over shorter distances.”

Elmore’s build looks different this time around than it did in fall 2018. She jokes that her Houston build (where she ran her debut) was more of a couch-to-marathon program, as she had had a baby only six months before. “I’m running a lot more this time around, closer to 90 or 100 miles a week, whereas it was around 80 last time.”

STWM and the Canadian Olympics Marathon Trials run on October 20.