Throughout history, girls and women have been largely left on the sidelines in terms of participation in sport. In recent decades, this trend has been changing, and the voices encouraging women to get involved in sports have become louder and louder. In running, there have been many women who have defied stereotypes and pushed their way onto the start lines of races, and these women have paved the way so that the rest of us can participate freely. In fact, a 2019 report by Run Repeat.com found that for the first time in history, women runners outnumber men. 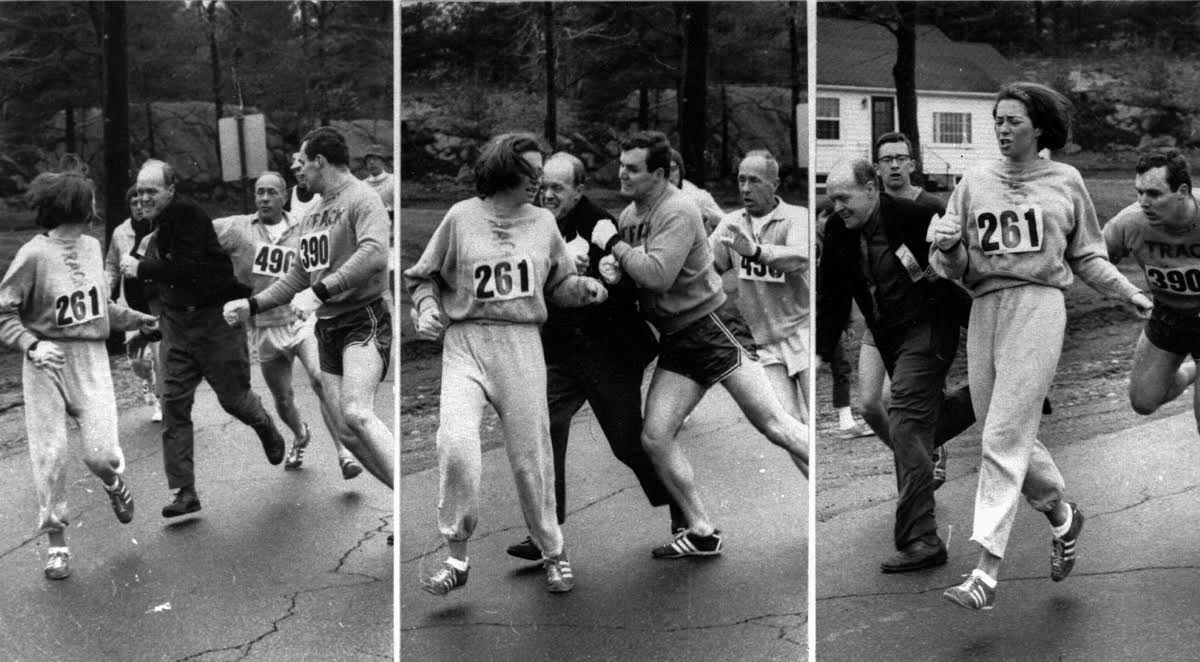 So who were these trail-blazing women? In honour of International Women’s Day, we have put together a list of women who have broken down barriers and defied gender stereotypes so girls and women everywhere could access the benefits of running.

For more than 50 years, Switzer’s name has been associated with paving the way for female athletes, and is most well known for her famous run in the Boston Marathon in 1967. At the time, women were barred from competing in the race, so Switzer signed up under the name K.V. Switzer. She managed to complete the entire distance, even though the race director, Jock Semple, tried to pull her off the course. That moment changed the trajectory of Switzer’s life, and the then-20-year-old dedicated the rest of her life to making running more accessible to women. Since then, she has also won the New York City Marathon, and now, at 74 years old, she is still running and inspiring women everywhere.

Three years before Switzer’s historic run at the Boston Marathon, a young Scottish woman named Dale Greig set the first women’s world best, running at the Isle of Wight Marathon in 3:27:45. At the time, women were not supposed to run marathons, but she was given the opportunity to run a solo time trial at the event, starting four minutes ahead of the men. In 1972 she became the first woman to run the 85K London to Brighton Ultra in 8:30:03, and in 1974 she won the first World Masters Marathon in Paris, which was also the first official gender-mixed marathon. While she always insisted that she wasn’t trying to make a point or to champion women’s rights, she paved the way for other women to run marathons and ultras at a time when society did not think women were capable of such physical feats.

In 1975, Komac was a 40-year-old Italian immigrant living in Hamilton. At the time, women weren’t allowed to participate in the Around the Bay 30K, but Komak ran the race without signing up. Police made her stop and wait for a gap in traffic since she wasn’t an official competitor, but she finished anyway. The following year, she took a page from Switzer’s book and signed up under the ambiguous name T. Komac, and covered her race bib with her t-shirt so that no one would try to stop her from running. She didn’t received a medal in recognition of her finish that year because she was the wrong sex, but in 2019 they made a plaque in her honour to commemorate her run all those years ago.

No list of female runners will ever be complete without Joan Benoit Samuelson. In 1984, she was the winner of the first-ever women’s Olympic Marathon, but at that point she was no stranger to winning races. In fact, by the time she competed in the Olympics, she had already won the Boston Marathon twice. One year after her Olympic win (where she broke the tape in 2:31:04), she set the American women’s record in Chicago in 2:21:21. She has continued to run through the decades, and today she is the only woman who has ever run a sub-three-hour marathon in five consecutive decades. Now in her 60s, Benoit-Samuelson continues to inspire both elite and recreational female runners, proving that women have a place in elite sport.

In 1972, Lynn Blackstone, Jane Muhrke, Liz Franceschini, Cathy Miller, Pat Barrett and Nina Kuscsik, known as the NYC six, signed up to run the New York City Marathon. They were granted permission, with one caveat: they had to start ten minutes ahead of the men. On the day of the race when the gun went off, the women sat down on the start line in protest of the discriminatory rule. They waited 10 minutes, and when the gun went off to signal the men’s start, they hopped up and began running alongside their male competitors.

In the world of elite sports, women are often forced to choose between having children or competing. There have been countless elite female athletes over the years who have proved this theory wrong, but when Alysia Montaño competed at the U.S. Outdoor Championships in 2014 while she was 34 weeks pregnant, she truly made a statement. She did the same thing again in 2017 at five months pregnant, showing the world the pregnancy doesn’t equal the end of your athletic career. Since then, she has joined other athletes like Allyson Felix and Kara Goucher, whose open criticism of Nike’s pregnancy policy for elite athletes forced the company to change their sponsorship contracts to be more supportive of female runners.