Have you ever wondered what the inside of a runner’s nose looks like? You will get the opportunity to find out at the upcoming World Championships in Doha. The IAAF has invested in brand-new starting blocks equipped with cameras that provide a never-before-seen view of a runner as they explode onto the track. The problem with this view is that it’s primarily of their nasal cavity.

RELATED: Caster Semenya will not compete at World Championships

A first look at the all-new @sports_seiko Block Cam 👀

The Block Cam idea comes from a good place–it’s part of an initiative to provide more insight into the race day of a track athlete, and to get the most coverage possible from the upcoming World Championships. We’re just not sure the Block Cam is the way to do it.

The camera is mounted in two spots on the starting blocks, one on top of the blocks facing the sky and another facing outward toward the track. The camera on top is designed to get a shot of the athlete’s face, and the camera facing the track will show the athlete running from behind, both angles that aren’t usually captured during the race. 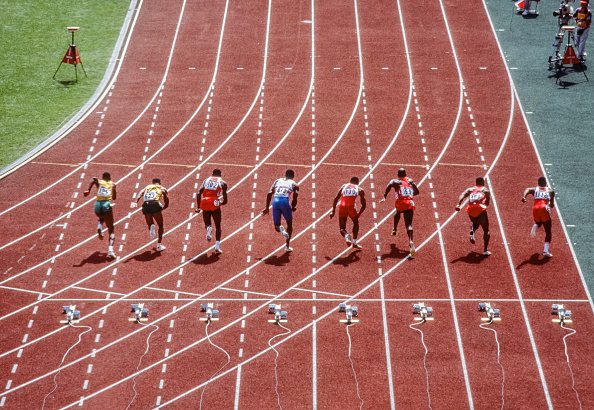 IAAF Director of Broadcast James Lord said in an IAAF press release that his team had been working hard over the past year to ensure that the coverage in Doha is top notch. “Athletics is an extraordinary sport where our athletes do amazing things,’’ Lord said. “There is exceptional life, colour and movement not only in but around the competition and we wanted to showcase all of this to the world in new and exciting ways.”

While we’re not crazy about the block-mounted cameras, there is one addition that will likely add something to the broadcast. Athletes will reportedly be given hand-held cameras to take around the stadium with them during their victory laps. This will give the audience a unique vantage point and the athlete special footage of what will be a very special event in their lives.