Caster Semenya, whose appeal to the Court of Arbitration for Sport (CAS) over the IAAF’s new rule about hormone levels will be decided tomorrow, abandoned her usual 800m in favour of the 1,500m and the 5,000m at the South African Athletics Championships last Thursday and Friday, winning both events. 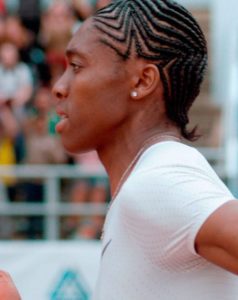 Semenya ran 4:13.61 in the 1,500m, 100m ahead of the second-place finisher, and 16:05.97 in the 5,000m, beating defending national champion Dominique Scott by eight seconds. It was only the second time Semenya has raced this distance, according to an ESPN report.

Many are speculating that Semenya may be preparing to have to move up in distance if tomorrow’s CAS decision goes against her. Semenya appealed to the CAS over the IAAF’s new rule that athletes with disorders of sexual development, or DSD, racing distances between 400m and the mile must take medication to lower their testosterone to not more than 5 nanomoles per litre for at least six months before major competitions such as the Olympics or world championships.

Originally, the CAS decision was to come down on March 26, exactly six months and one day before this year’s world championships in Doha, Qatar. When the CAS decision was delayed by a month, the IAAF amended the six-months rule to say that athletes affected would have to begin taking medication to lower their tesotosterone within seven days. Their other recourse is to go up in distance to races longer than one mile, which may explain Semenya’s recent decision to race the 5,000m.