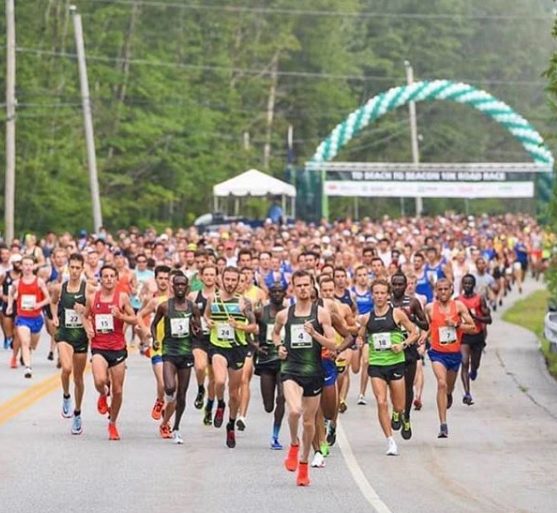 Jake Robertson of New Zealand ran his second-ever marathon last Sunday at the Scotiabank Toronto Waterfront Marathon. Robertson finish fifth after maintaining the lead position throughout roughly the first 30K of the race. He was looking to better his marathon debut time of 2:08:26 which he ran in March of this year.

Robertson was confident going into the race and looked strong through the first three quarters, but began to fade just past 30K. “The race got really tough when it got really cold. I was not prepared, I didn’t even have arm warmers ready.”

Robertson said that by 37K he couldn’t feel his legs anymore. “I got colder and colder. I really think it had nothing to do with the pace, I was comfortable until that stage. It was the cold. At the finish I realized what a bad state I was in. I collapsed and can’t remember anything from the first 30 minutes after I crossed the line.”

When Robertson came to, he remembers being told that he was being taken to hospital. He jokes that his first words were, “I was telling them that I couldn’t go because I couldn’t pay for it.” Robertson gave the Canadian health care system two thumbs-up, “they got me right in and let me leave as soon as I wanted.”

The marathoner is taking the week off of running to recover from the effort, but also to mentally reset. “I’m doing pretty well – I feel like my body is recovered, but I’m forcing myself to stay off running. When I get back to Kenya I’ll start training easy and go with how my body is feeling.” He continues, “Mentally, you have to re-set after the hard work and focus required before the race.”

RELATED: 8 things that are socially acceptable after a marathon

Robertson has worked with many coaches over his career, but has moved to coaching himself. “The benefits are that I no longer feel the pressure of reading a program and feeling like I have to do it. In the past, my motivation has gotten the better of me. As a professional athlete, we’re always so motivated that sometimes we can lose sight of common sense. One session is not worth two weeks.”

Going forward Robertson is hoping to defend his title at the Houston Half-Marathon and break the course record in the process. “I want to go for the course record which is 59:22, that will place me in a special group of people who have gone that fast.” Only 28 people in the world have run under an hour in the half-marathon in 2018. For Robertson, Houston will be a stepping stone for his next big 42.2K.