Prime Minister Justin Trudeau was spotted running in Havana earlier this week as he took a break between meetings with Cuban government personnel.

Trudeau was making his first official visit to Cuba and met with President Raúl Castro. Near the conclusion of the trip, Trudeau was able to squeeze in a quick run before travelling south to Argentina. The moment was captured by Adam Scotti, the official photographer for the prime minister.

Canada’s head of government also posted a story to his Instagram account, which has more than 777,000 followers, saying “quick jog in Havana.” Havana is the capital of Cuba and by the looks of the photo, Trudeau was met with some warm and dry conditions on what appears to be a rural road. 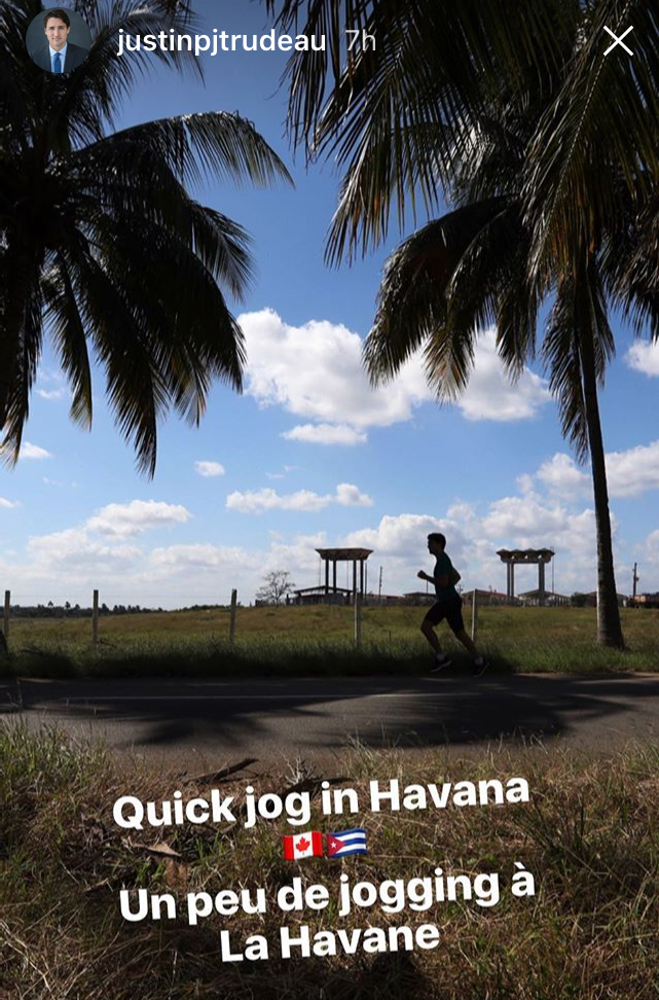 Earlier this year, Trudeau was spotted running in the Ottawa area with Mexican president Enrique Peña Nieto. On that occasion, he donned short shorts and was photographed crossing the Alexandra Bridge that connects Ottawa with Gatineau, Que.

Trudeau has also made appearances at the Army Run in Ottawa although he was not present at this year’s edition of the event.

During the meetings this week, and according to the official Canadian government press release, Prime Minister Trudeau agreed to collaborate on climate change, gender equality, regional safety and security issues, as well as take steps to grow both economies and strengthen the middle class.