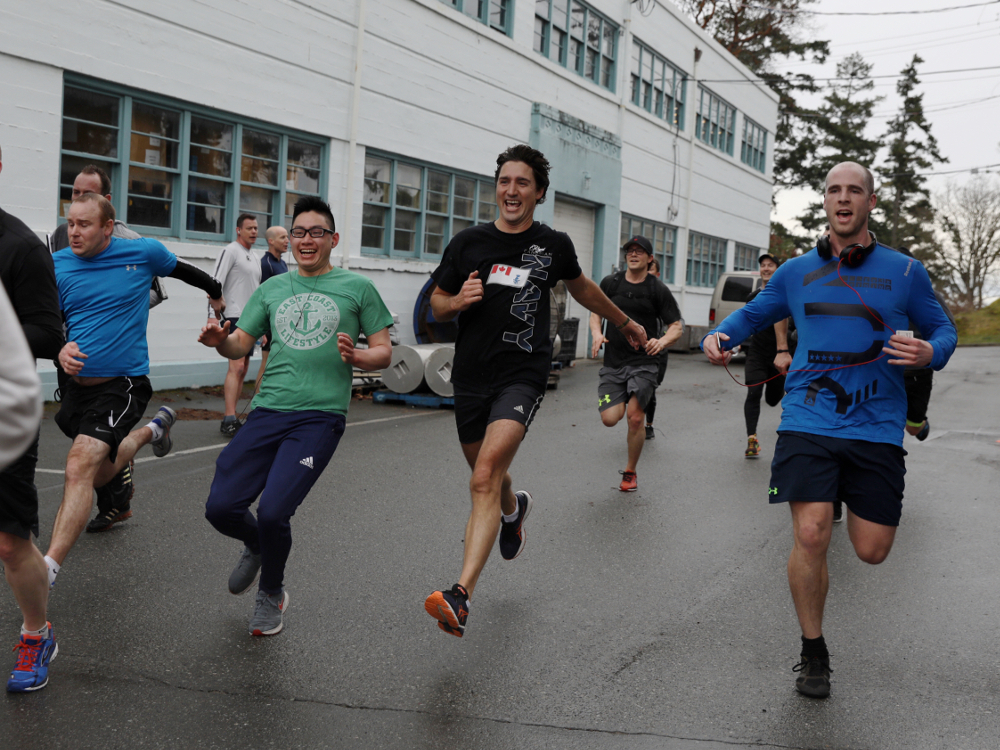 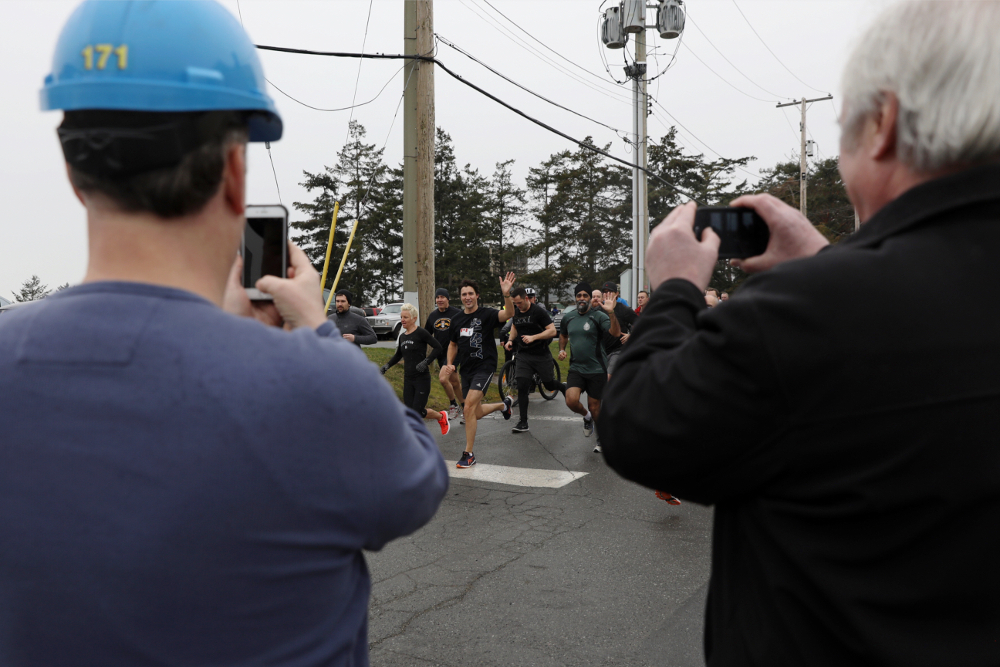 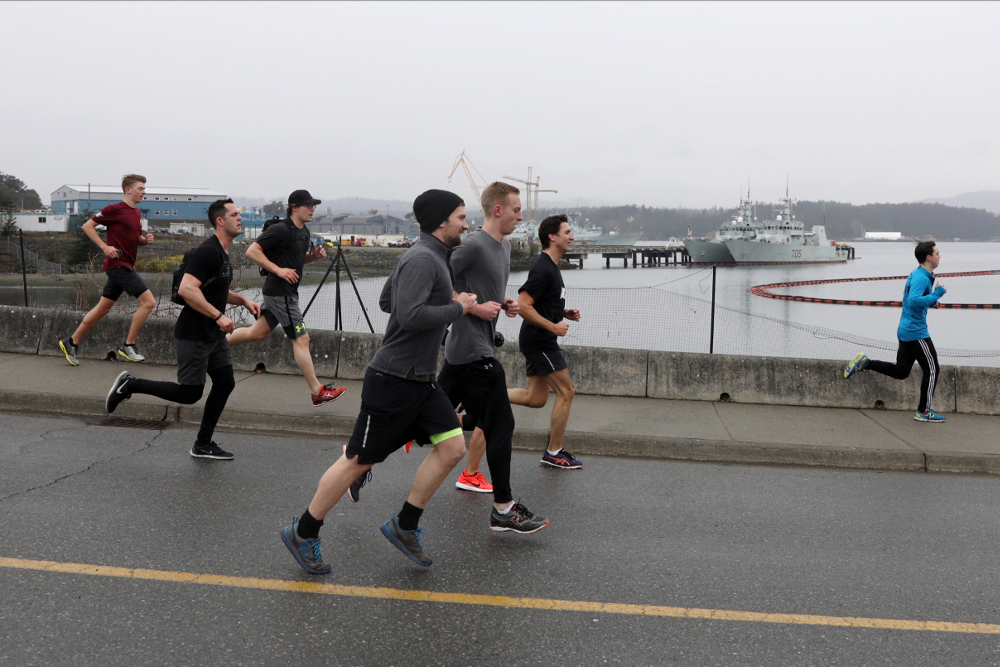 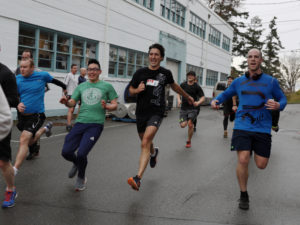 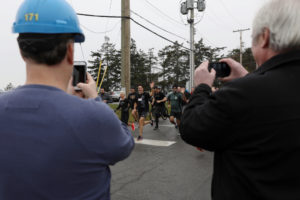 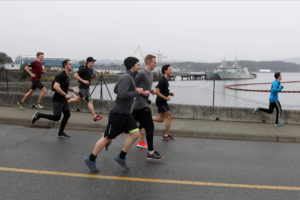 Justin Trudeau, along with Minister of National Defence Harjit Sajjan and members of the Canadian Forces, were spotted running 5K around CFB Esquimalt on Thursday. The Prime Minister began his two-day trip to Vancouver Island and the Lower Mainland with a visit to the Canadian Forces Base just west of Victoria.

The group began the day with a 5K run before touring the base, according to CBC News. Trudeau flew to Vancouver later Thursday to meet with Premier Christy Clark.

I’m in there somewhere… what an honour to run with @CanadianForces members today in Victoria. pic.twitter.com/JA5zXJ3JvQ

Thursday marked the third high-profile instance in which Trudeau has been spotted running in Canada or abroad. In 2016, the 45-year-old, the 23rd Prime Minister of Canada, ran in Ottawa with Enrique Peña Nieto, the president of Mexico, followed by a run in Cuba.

“What an honour to run with Canadian Forces members today in Victoria,” Trudeau wrote on Twitter to his millions of followers. According to Adam Scotti, the photographer for Trudeau, the PM covered the 5K course in approximately 23 minutes.

Both Sajjan and Trudeau went with Asics as their footwear of choice during the Thursday morning run in what appeared to be mild conditions. Both wore shorts and a T-shirt for the run around CFB Esquimalt.

just another day at the office ??#fleetrun #trudeau #amirite