No one has ever done a 5-ball joggling 10K. Should I try? pic.twitter.com/1GAwnjzejy

Michal Kapral holds the Guinness World Record for the fastest male to joggle a half-marathon. His time is an impressive 1:20:40 which he set back in 2014 at the Scotiabank Toronto Waterfront Marathon.

Kapral has announced that he’s upping the joggling game from three objects to five. He’s looking to become the first person ever to run 10K while joggling five objects. “I’m definitely going to go for it, but I’m still debating if I’ll do a smaller race or if I’ll do a track race where I’m on my own to try it for the first time.” 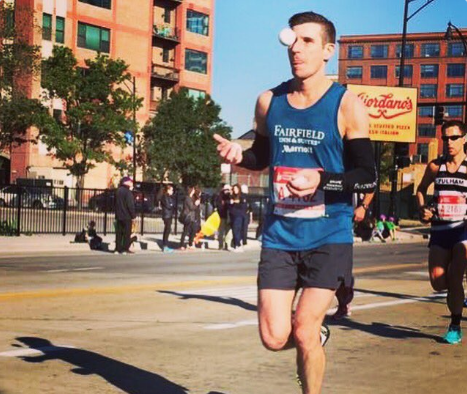 Kapral attempted the marathon with five objects last year and made it through 17 kilometres, but then fell apart. “After the marathon fell apart, it was suggested to me to try the 10K. I know there’s a 5K record with five balls, but no one has done any distance further than that.”

Kapral was inspired by an old blog post that he wrote 10 year ago after attempting joggling with five objects for the first time. “Going to 10K would be a cool new frontier. I’ve been working on mastering five objects here and there for over 10 years, but I didn’t start doing it regularly until I started training for the marathon last summer.” 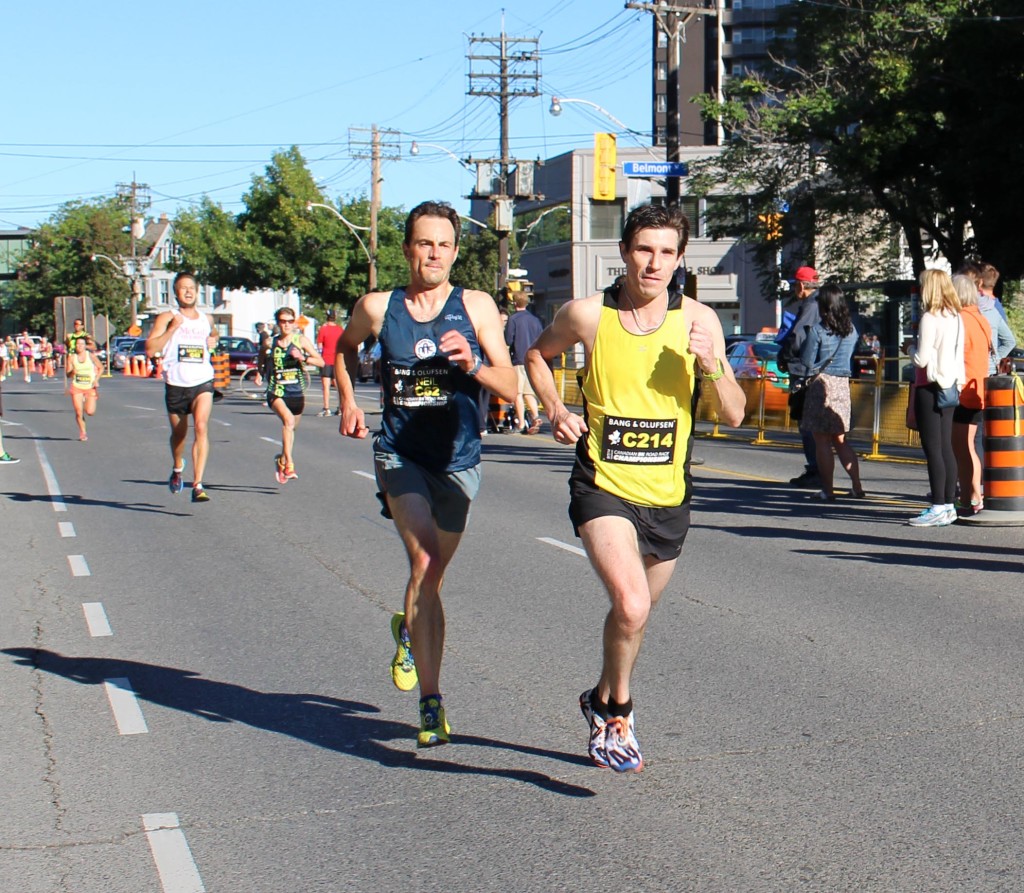 Kapral injured his hand in last year’s Waterfront Marathon which sidelined him from training for a few months, “When I dropped the ball in my 2017 marathon attempt I would scramble and try to start again too quickly. That, and the awkwardness of the crowds, caused me to pull a muscle. It felt like a badly twisted ankle, but in my hand.”

RELATED: VIDEO: Joggling a marathon with five balls is painful to watch

A week of training for Kapral varies depending on what he’s training for. But while he was working up to the marathon last year he would joggle home from work with three balls, before doing another juggling specific workout once he was home. “Most of my training was done on a 200m stretch of road in my neighbourhood. I couldn’t go further than 200m without dropping, so I started taking short breaks when I would drop. I’d go back and forth on this stretch of road and turn them into intervals.” 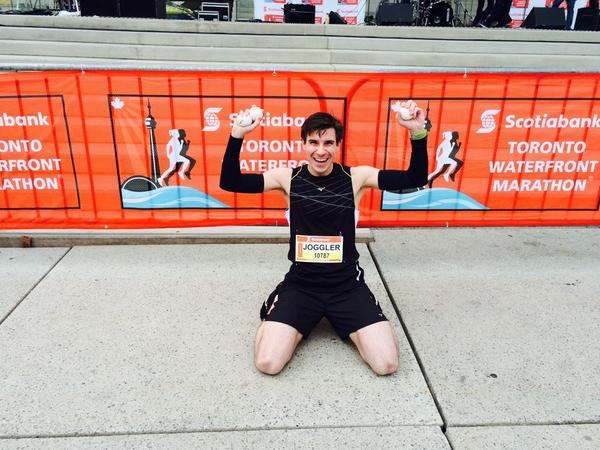 Kapral jokes that he essentially broke the marathon down into 210 200m segments. “I think I’ll do a similar thing while training for the 10K.” The joggler also runs with the University of Toronto Track Club masters program where he gets in some speed training without juggling.

His 10K attempt could happen as soon as this fall, but more realistically might have to wait until early next year. Kapral will likely go through the process of documenting his attempt to submit to Guinness for world record approval. “If you’re going to do it, do it right.”