Early Saturday morning, Eliud Kipchoge became the first person to run under two hours for the marathon. The run accomplished something that many believed to be years away from happening, but this accomplishment has been met with criticism from some experts and spectators in the running community. 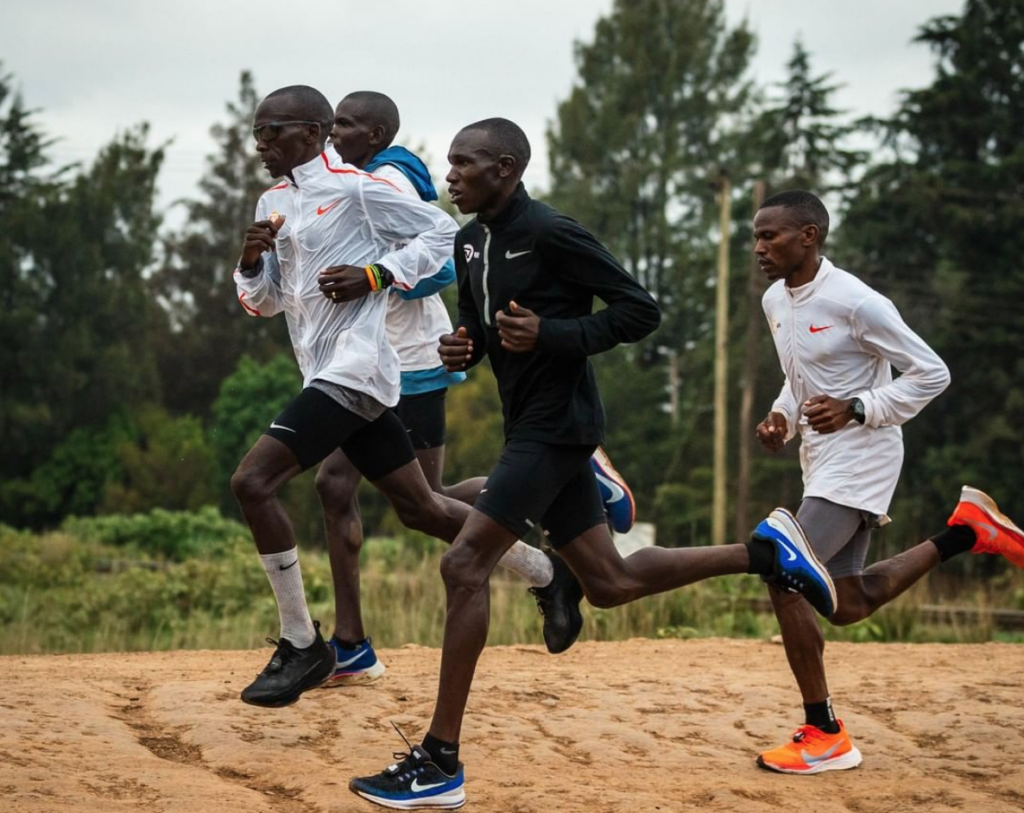 There are some who believe that Kipchoge’s attempt was too calculated, too contrived and too much about the shoes. Ross Tucker and Steve Magness are two running experts who have expressed that they believe this accomplishment is about leaps in technology as opposed to leaps in raw marathoning ability. Even Yannis Pitsiladis, who was one of the main scientists behind the initial sub-two push, said to The Times that he couldn’t get behind Saturday’s run, calling it “meaningless.”

Pitsiladis said, “I think it’s all about the shoe now. My life has been dedicated to the sports integrity, but this is the complete opposite. My advisors tell me not to be negative when I talk about this, but it’s not about being negative, it’s about being accurate.”

Strong from Yannis Pitsiladis. He was behind the first #sub2 push years ago. We had some banter with that (between mates!), but he’s right here, and rightly doesn’t hold back. It’s really boils down to performance integrity IMO. So little in the sport already. Even less now pic.twitter.com/iIXcyOx9bP

Magness pointed out in a series of tweets that a jump like this has to be attributed to technology. “That’s not taking away from Kipchoge, but the marathon has taken a quantum leap in the last couple of years thanks to changes in shoe technology. The same athletes who were running roughly 2:04 to 2:05 three to four years ago are now running significantly faster. We saw it with Kipchoge. We just saw it with Bekele. More will follow. Should the shoes be banned? Most likely.”

What even are these? They would have me tripping up and breaking my ankles or neck!! 🤣🤣🤣 mutant shoes! @Pippa35 fly me to the moon! https://t.co/kNySM8ZfDu

The IAAF has banned shoes before. The organization’s shoe rules are as follows: “Athletes may compete barefoot or with footwear on one or both feet. The purpose of shoes for competition is to give protection and stability to the feet and a firm grip on the ground. Such shoes, however, must not be constructed so as to give athletes any unfair assistance or advantage.”

The same athletes who were running ~2:04-2:05 3-4 years ago are now running significantly faster. We saw it with Kipchoge. We just saw it with Bekele. More will follow.

Should the shoes be banned? Most likely.

They continue, “Athletes may not use any appliance, either inside or outside the shoe, which will have the effect of increasing the thickness of the sole above the permitted maximum, or which can give the wearer any advantage which he would not obtain from the type of shoe described in the previous paragraphs.”

RELATED: Nike Vaporflys haven’t been banned, but these shoes are

Kipchoge wore a speciality shoe for the marathon on Saturday. This shoe isn’t available to the public, and it wasn’t even given to his 41 pacers. Kipchoge’s shoe was more built-up than previous Vaporflys. The midsole was still cushioned with a carbon-fibre plate and Nike’s ZoomX foam, but there was also a new compartment in the front of the shoe. 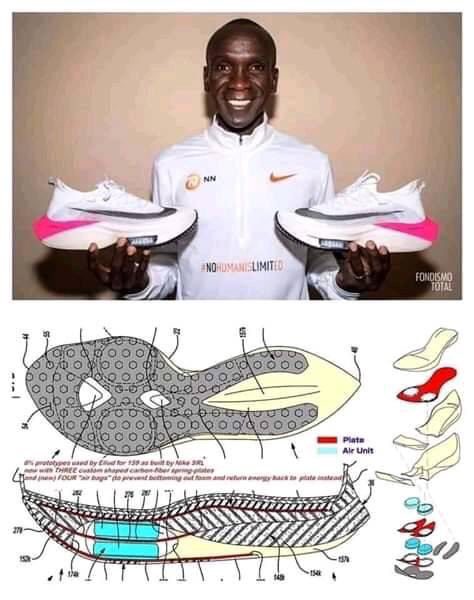 Runner’s World reported on an interesting discussion of the shoe on the Believe in the Run site, published last week, who found a 2018 patent application by Nike for something that looks a lot like what Kipchoge wore on Saturday. While cautioning that we can’t be certain this is what he wore, it’s worth taking a closer look at the technology in the patent-application shoe (which Nike calls the alphaFLY), since it goes far beyond either the Vaporfly 4% or the NEXT% (which was worn by the 41 pacers during the run). Not only is the foam midsole more built-up–it contains as many as three layers of carbon-fibre plates, and there are also two stacked chambers in the forefoot which may be filled with air, fluid or foam (or some combination thereof). The site refers to this arrangement as a “club sandwich” of cushioning, and compares the effect to that of a diving board.

ICYMI: Our full layer-by-layer breakdown of the Nike shoe worn by Eliud Kipchoge in his record-setting INEOS 1:59 Challenge. https://t.co/cJ7U69fllw

It’s hard to quantify exactly how much the shoe is giving to the runner, but based on the volume of criticism, the Nike shoe could face serious scrutiny in the near future.