Asbel Kiprop of Kenya has been banned for four years after failing an out-of-competition test in November of 2017.

Kiprop was only 19 years old when he won his Olympic title in 2008 after the winner, Rashid Ramzi of Bahrain was disqualified for failing a drug test. Kiprop is also a three-time world champion in the event and a qualifier for both the 2012 and 2016 Olympics. His personal best in the event is 3:26.69, the fifth fastest 1,500m of all time. 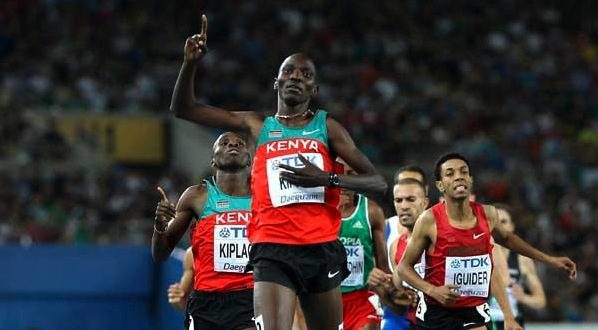 Kiprop has continued to claim innocence. According to the Daily Nation, “The AIU [Athletics Integrity Unit] said in its statement that Kiprop had “at various times and various formats… proposed a number of possible explanations” for the positive test. His sentence has been back-dated to last February, as he served a provisional sentence while awaiting the ruling by the AIU. His sentence will end in February 2022. He tested positive for EPO.

It was important for me to win the Emsley Carr Mile last night for the second year in a row…focusing on Beijing.Motivated. #Nike

Kiprop told The Standard on Saturday, “I still maintain that I’m clean and I did not dope. But it’s hard for me, considering that I have competed for many years and won clean. If it is true that I used the banned substances, I could I have accepted my fate a long time ago. But how can I accept something I never did.”