Last Thursday Canadian Running and Nike kicked off our second year of Lane 6, a program designed to bring running to the kids of Toronto.

The 2019 version looks a little different than the program did in 2018–we’re in a new neighbourhood, working with a new organization and creating programming a little differently. The goal for Lane 6V2 is to show our mentees how accessible running can be, how easy it is to make it part of their lives. They don’t need a track, they don’t need special equipment, they just need the desire and their two feet. 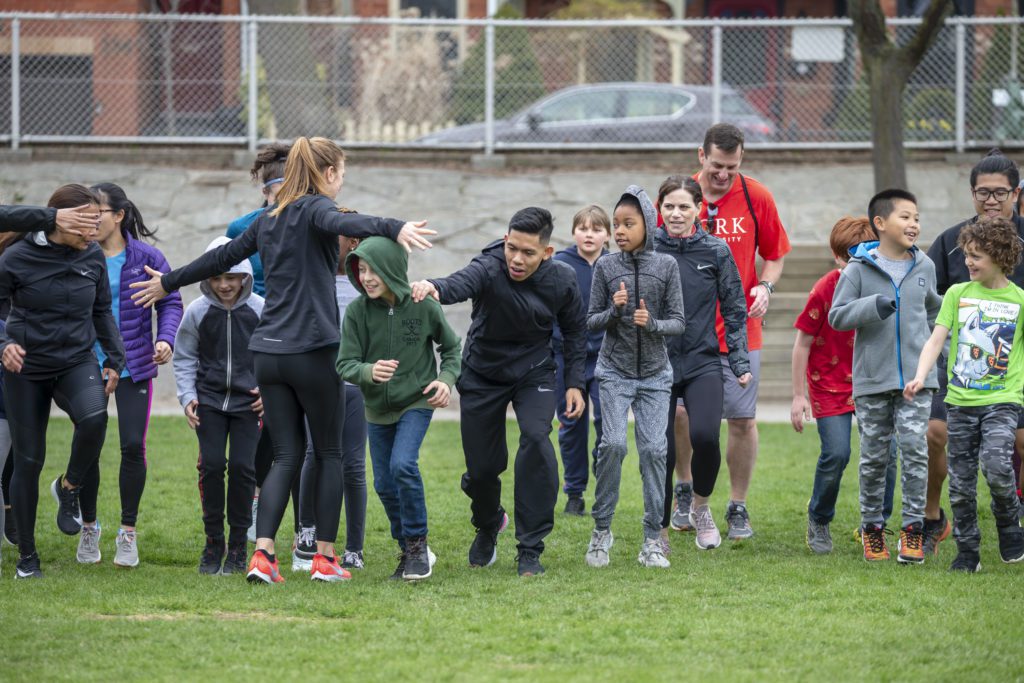 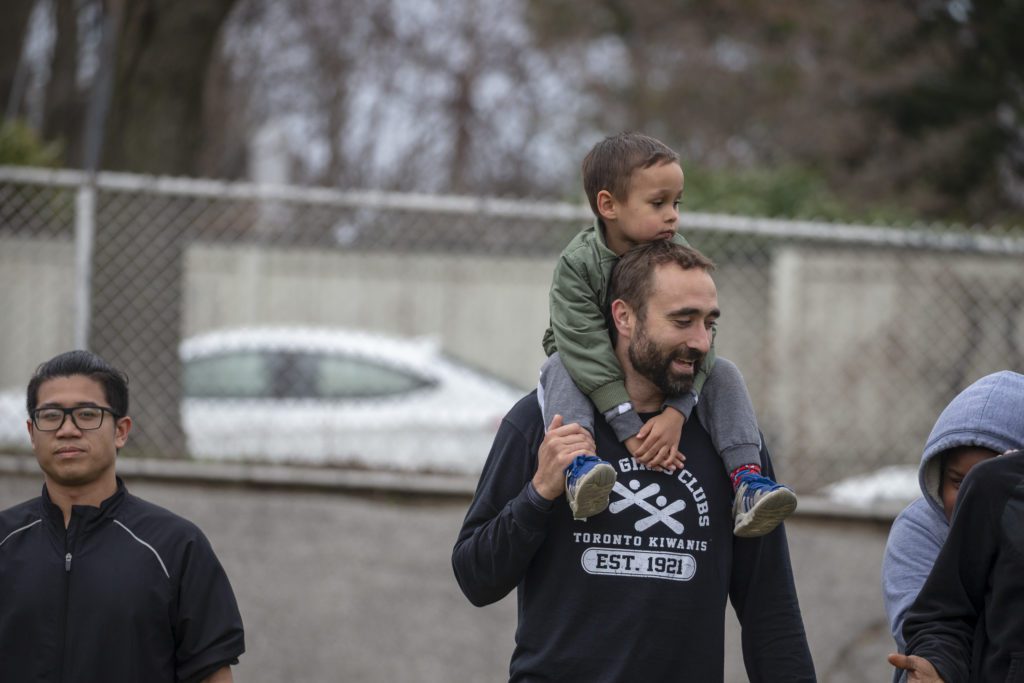 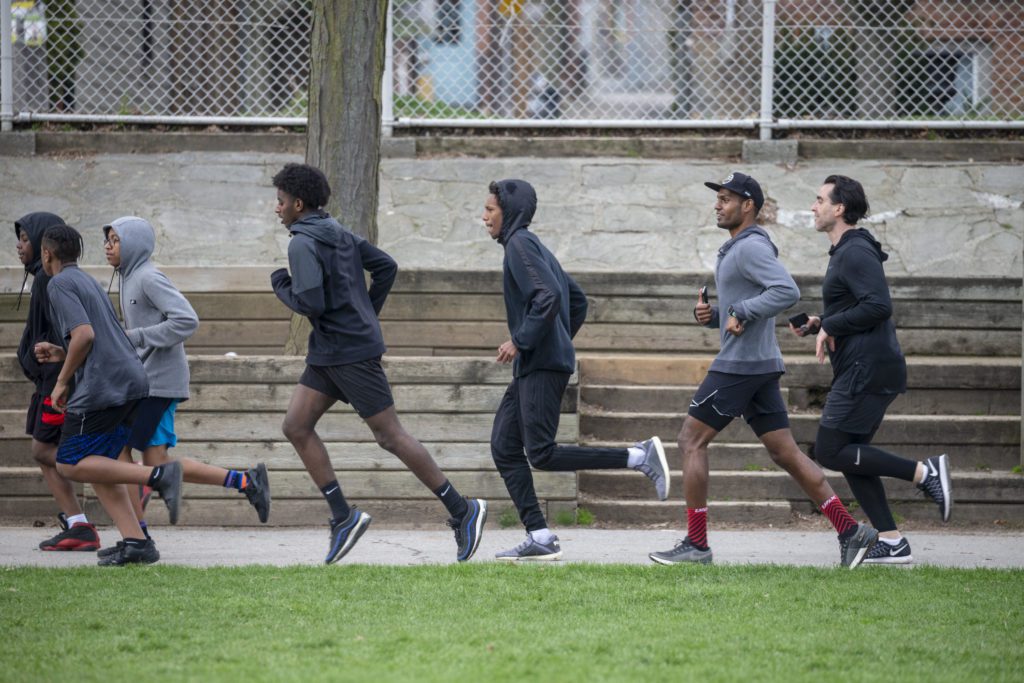 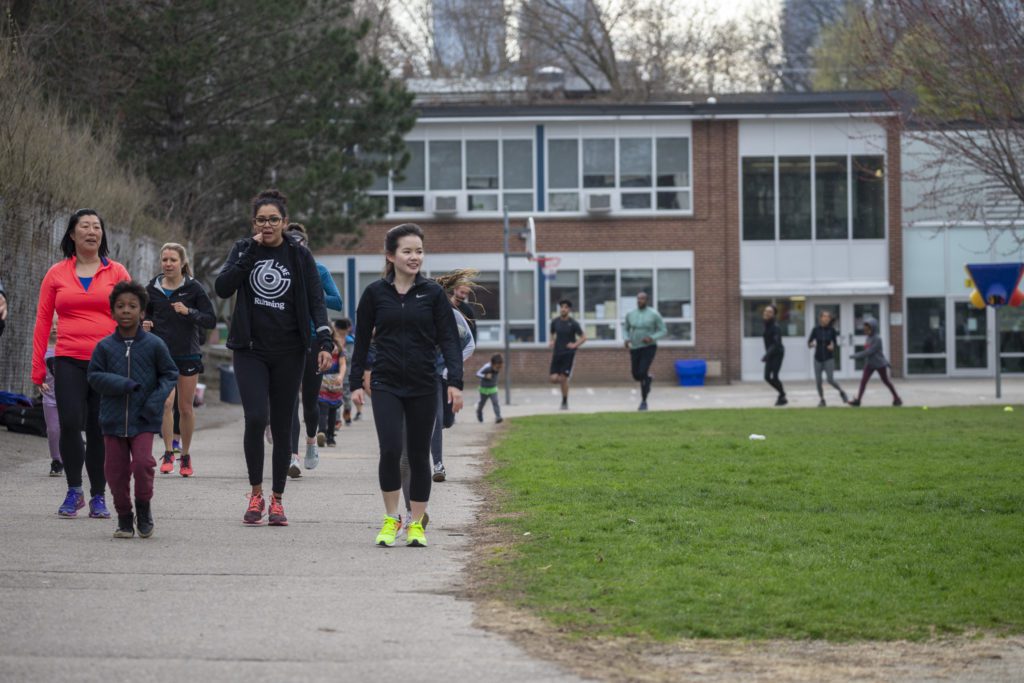 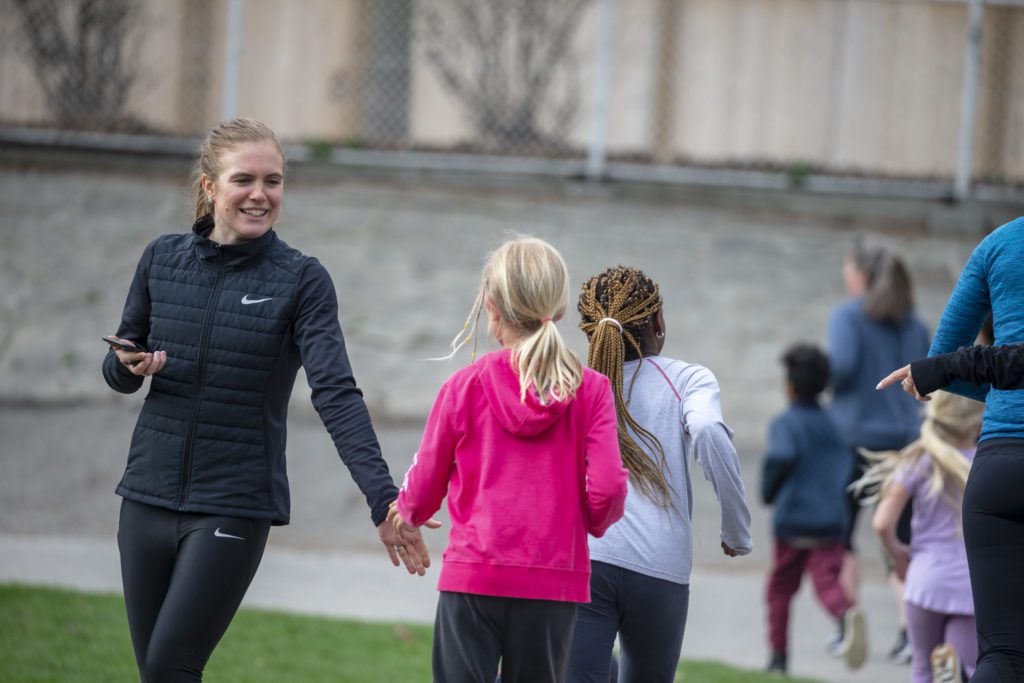 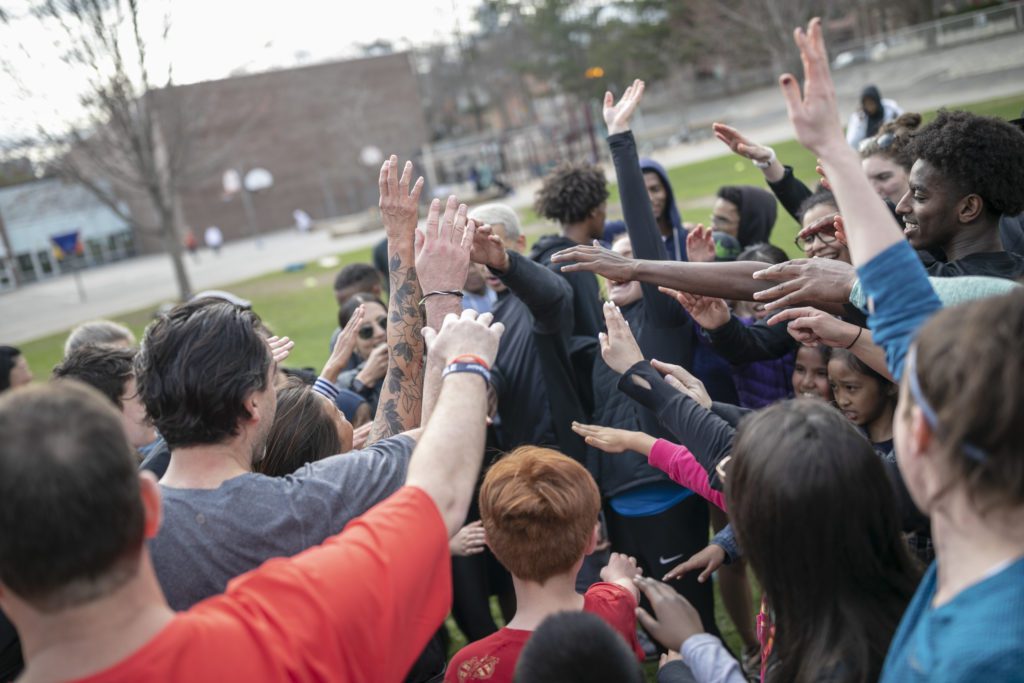 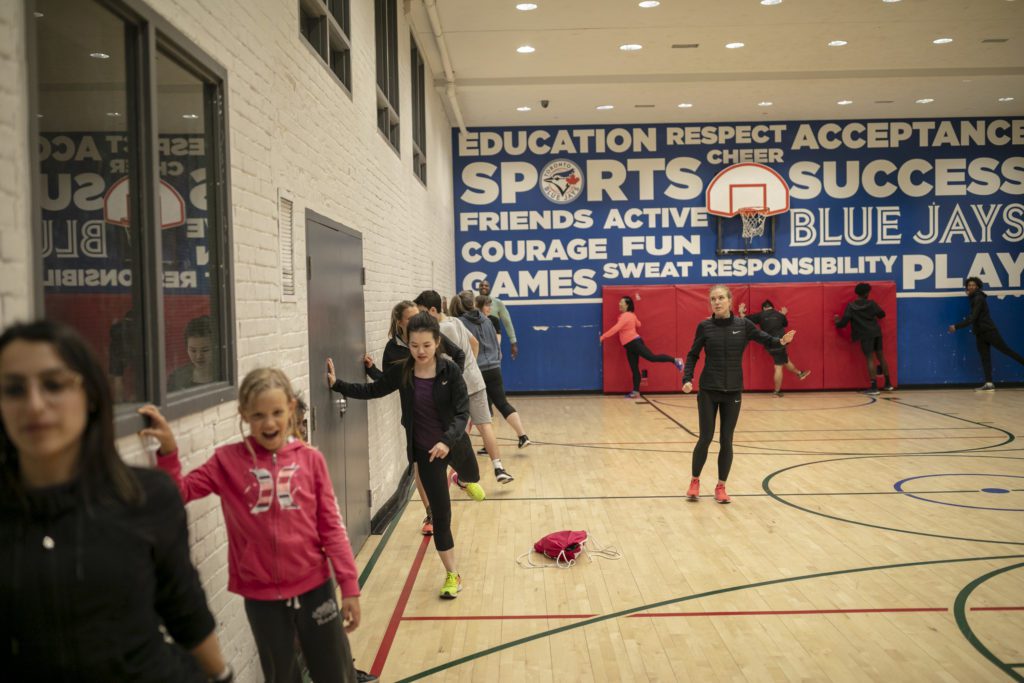 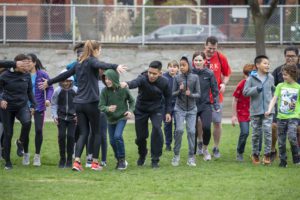 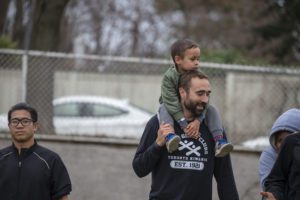 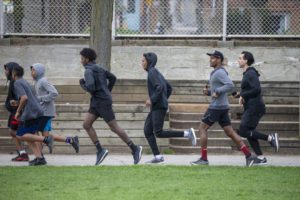 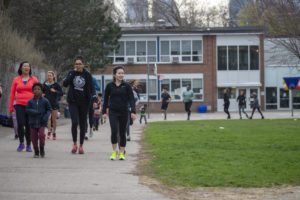 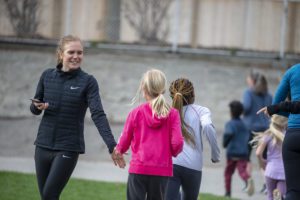 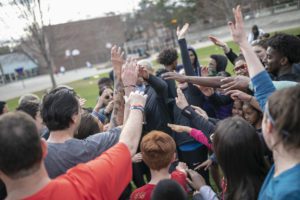 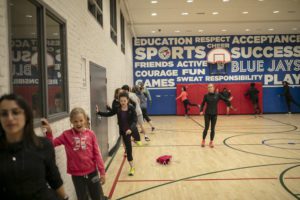 This year we’ve partnered with the Boys and Girls Club of Toronto to create what the kids call “run club.” When mentors and coaches arrived on Thursday, there was already a group of kids waiting in the entrance for run club to begin. The participants were extremely enthusiastic, saying that they’d told lots of their friends to come join as well. Coach Britt and I walked the kids over to the Spruce Court playground and the mentees entered through our signature high-five tunnel to begin their Lane 6 experience.

Kids quickly paired off with mentors and began to talk about their own goals and expectations. Some of the older kids joining the program are looking to get in shape for their soccer season, whereas other participants like running and want to run with their friends after school. The reasons for the kids’ interest were widely different, but every mentee really wanted to be there.

The mentors were similar. Some mentors had returned from last year, enjoying their experience and wanting to come back in 2019, and others had heard through word-of-mouth about what was going on and wanted to get a little more involved in their community.

After some ice-breaker games and introductions, the workout began. Week one’s workout was a time trial for coaches and mentors to assess where their mentees were at with running and give them a benchmark to improve upon by the end of the eight weeks. Mentors helped their mentees pace themselves and get as far as they could in the 10 minutes. Because this year’s programming is taking pace in a public setting, we inherited a few kids along the way. This wasn’t the plan, but it was very cool. The kids didn’t stay for long, they’d hop in to the time trial for a few laps before being picked up by their parents or caregivers, but it was nice to see the desire to run and the co-operation between the mentees in our group and the kids who joined in.

After the workout, there were some cooldown exercises and the kids got ready to either be picked up or walked home, the mentors gathered and assessed how week one went. While improvements are always important, the consensus was, “this is going to be a fun few weeks.”

Special thanks to our main Lane 6 partner Nike. Without there support this amazing program would not be possible.