Week three was speed week for the Lane 6 runners. When you think of speed, you usually think of warm weather and fast races. While the kids looked really fast, the warm weather component was not present. Spring certainly hasn’t sprung in Toronto, but despite this, the kids showed some serious enthusiasm and weren’t fazed by the weather. 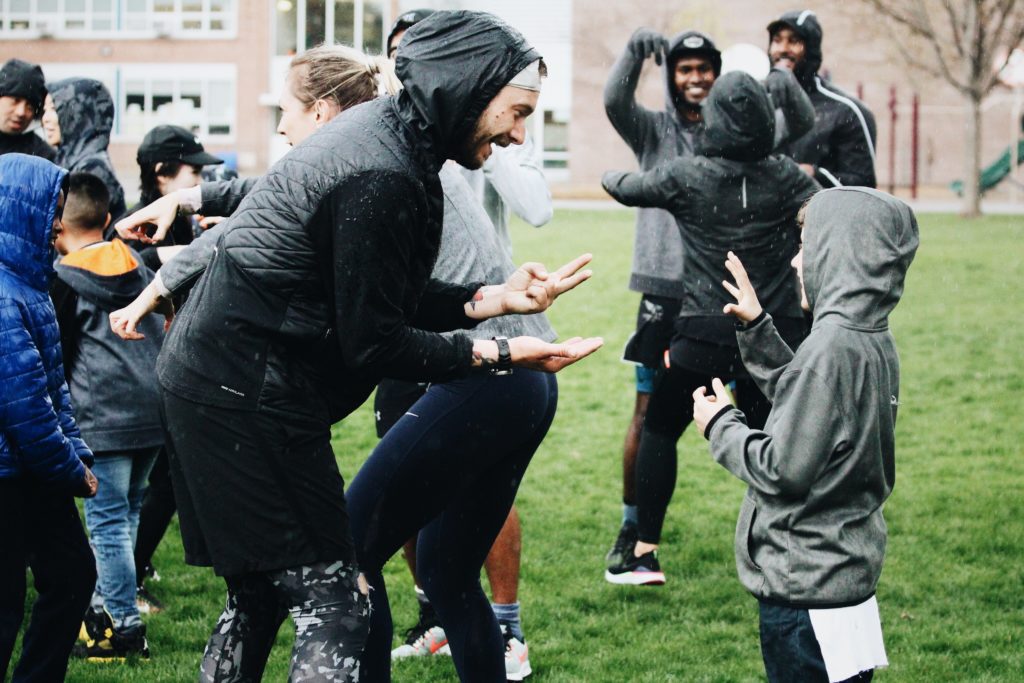 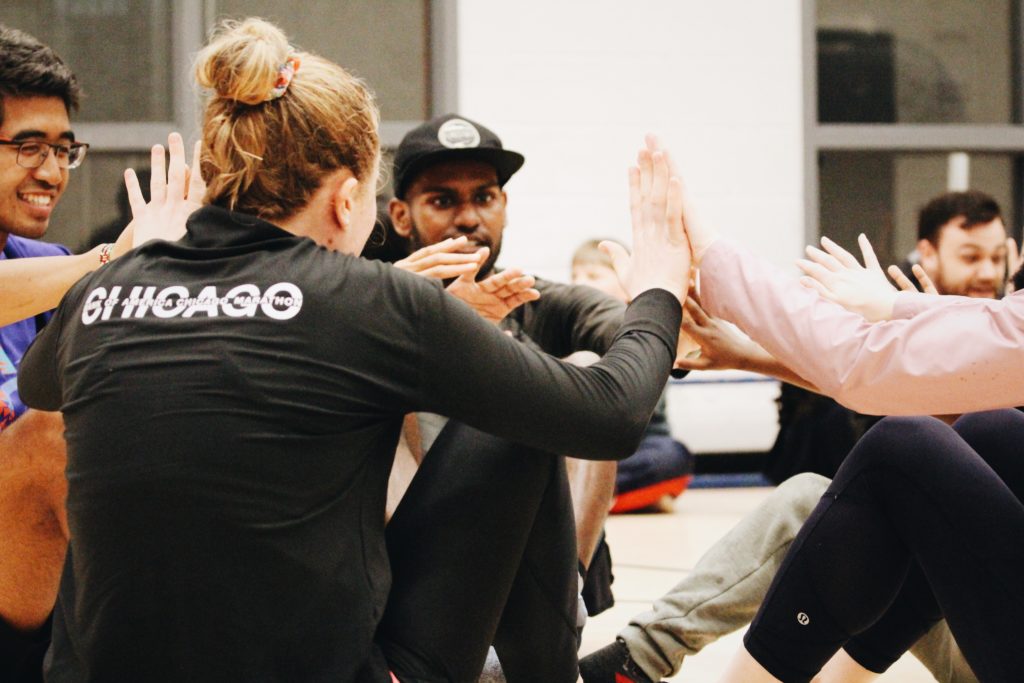 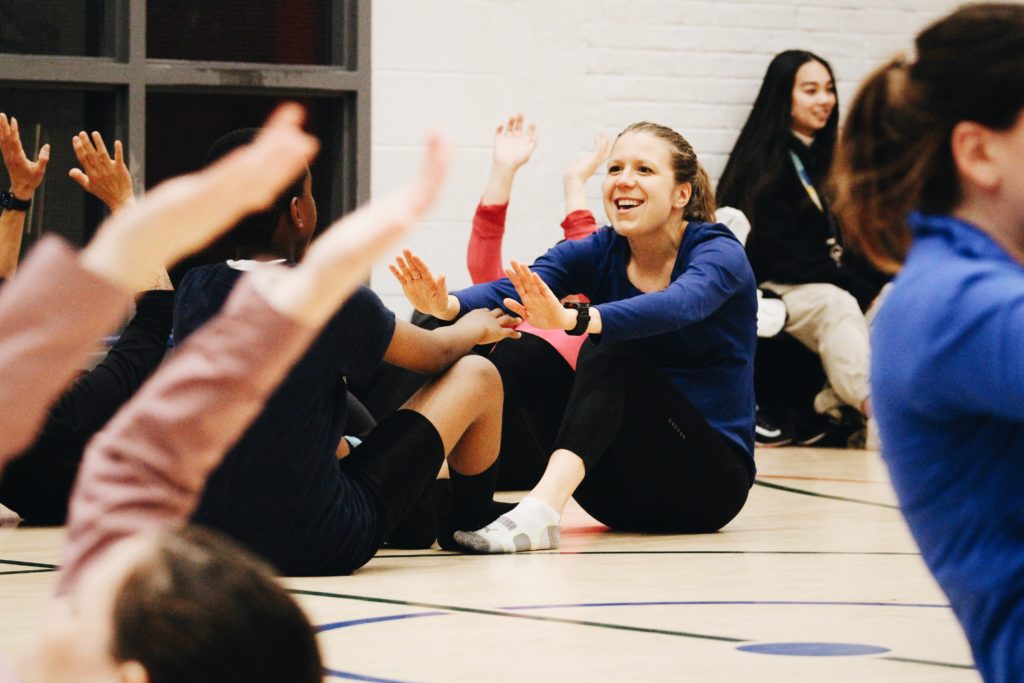 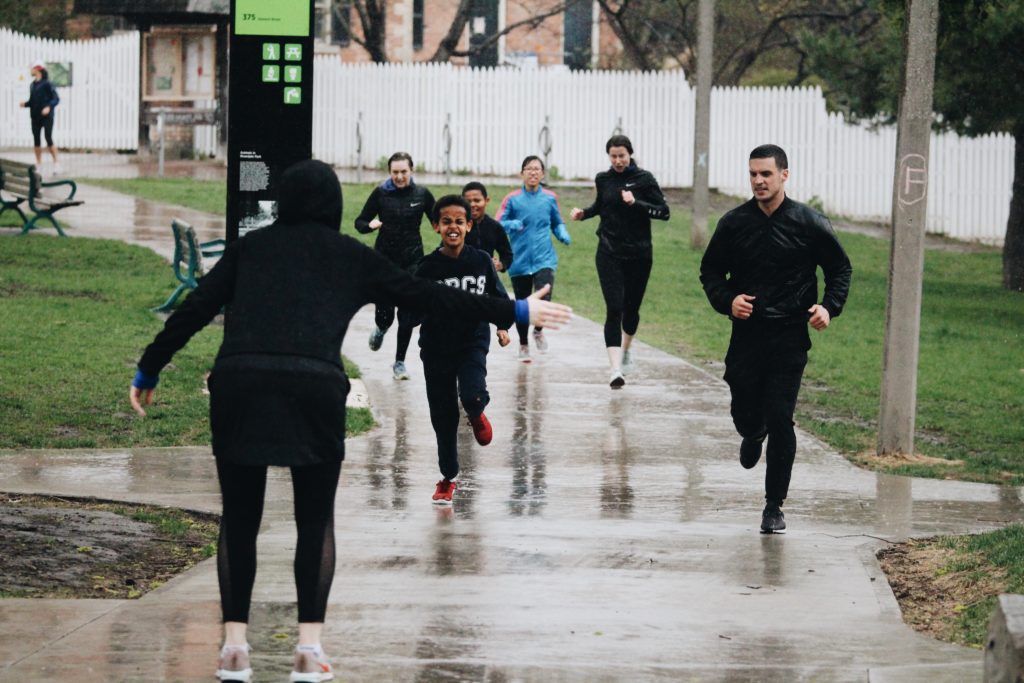 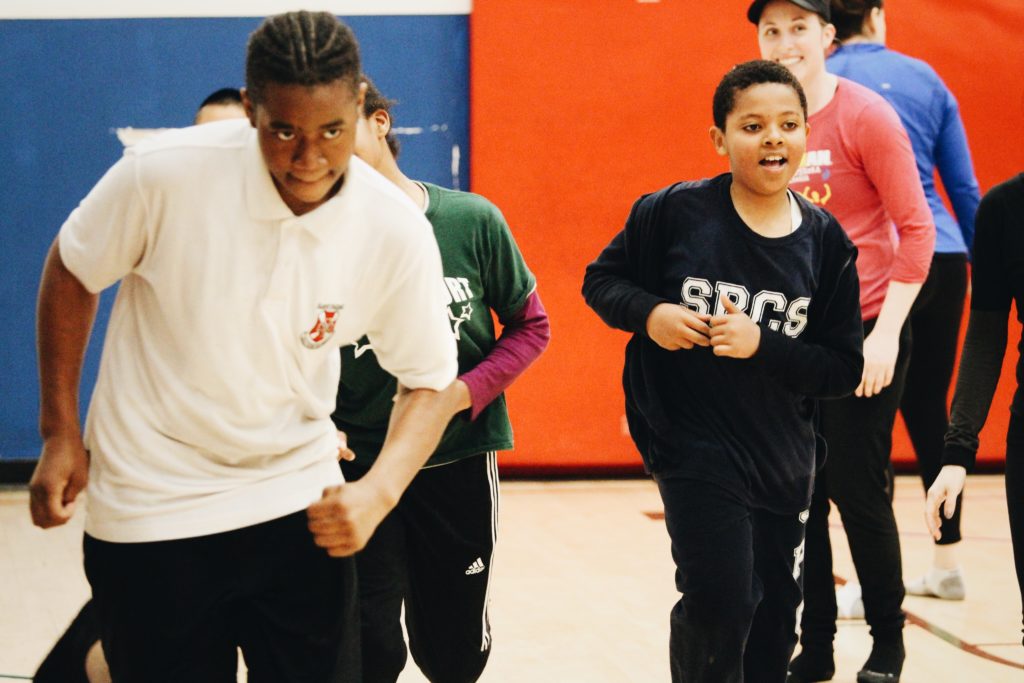 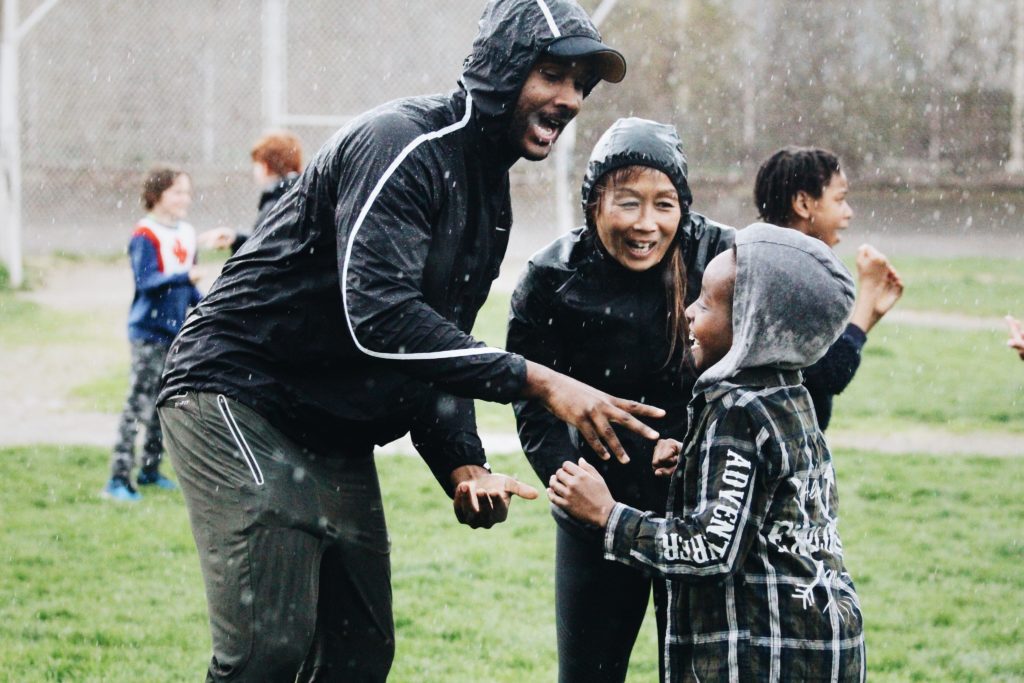 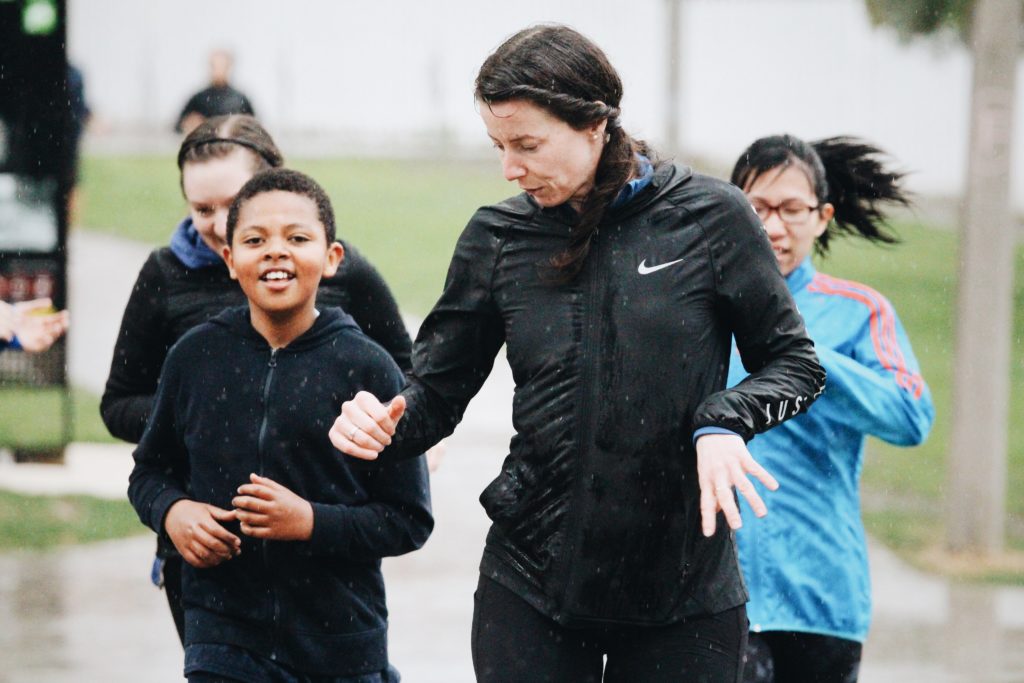 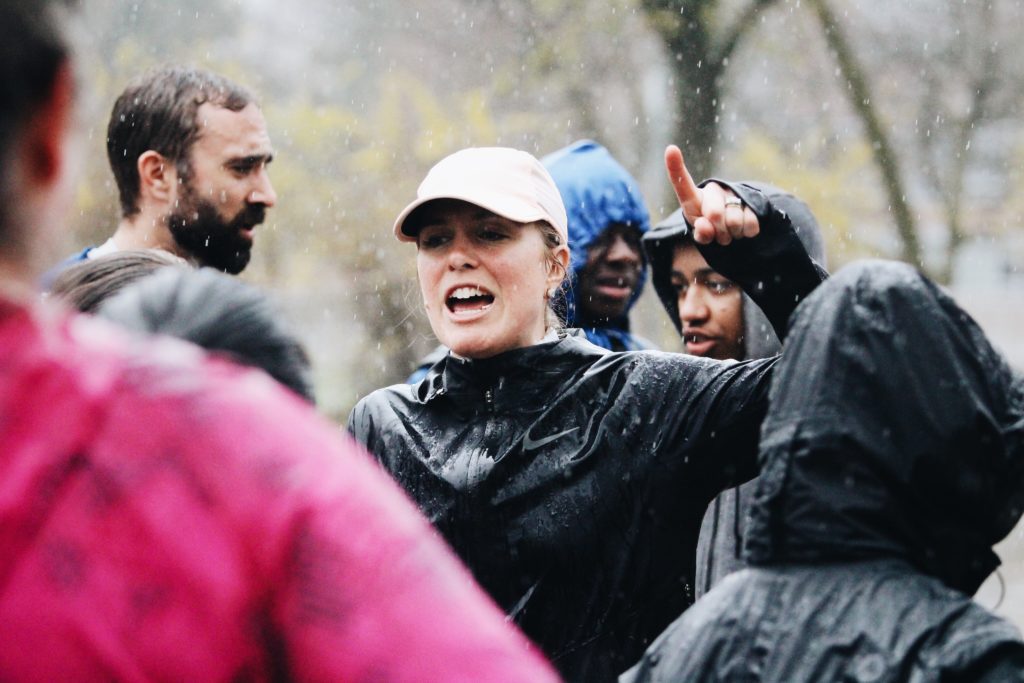 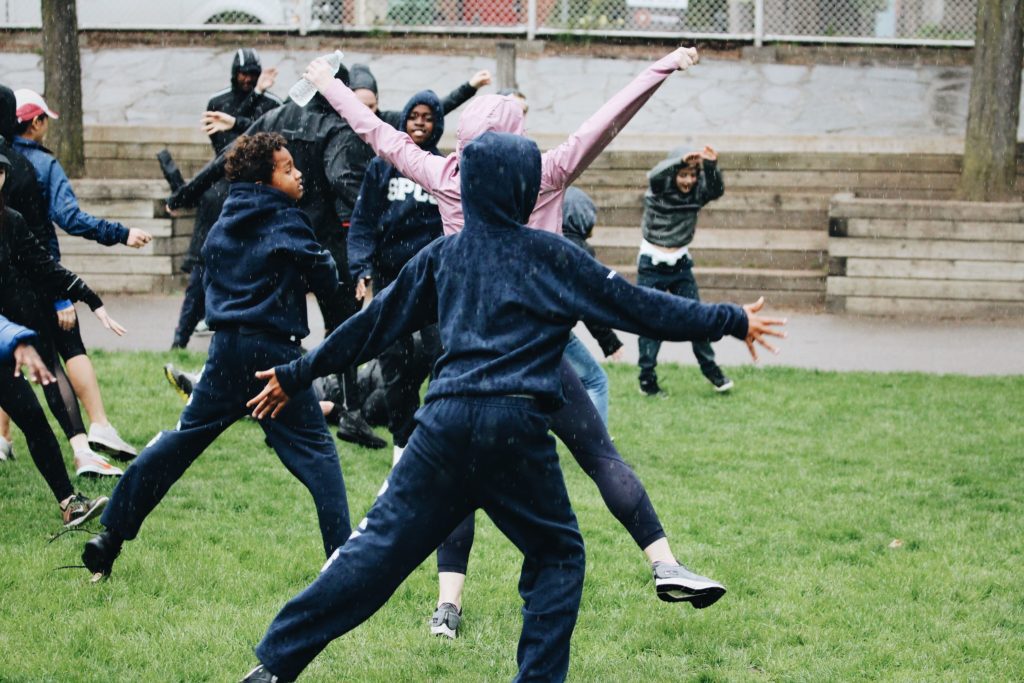 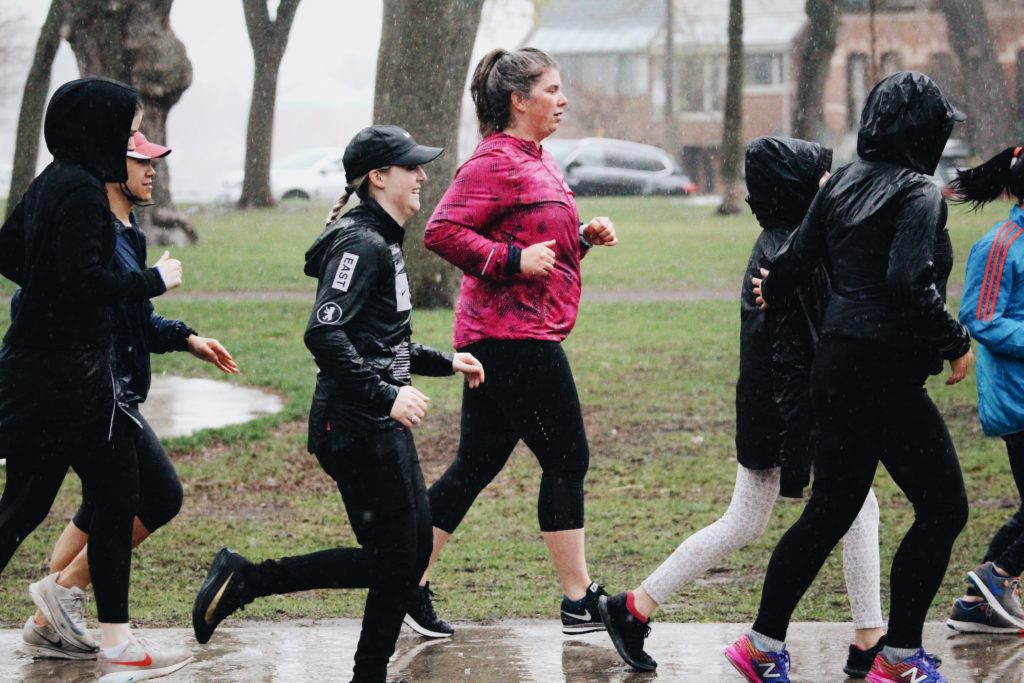 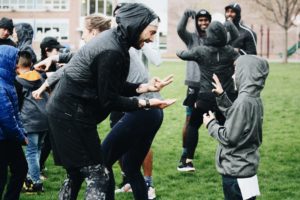 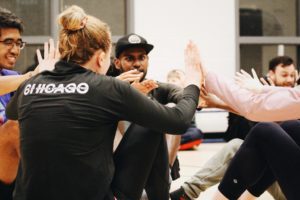 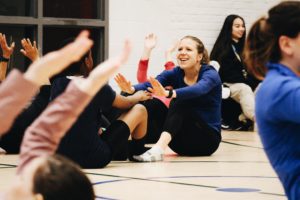 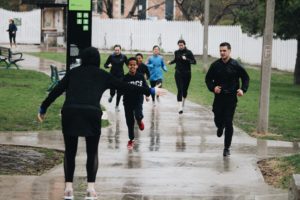 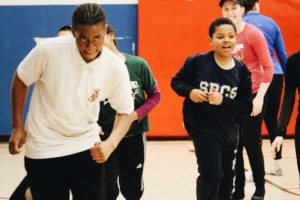 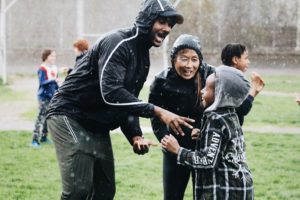 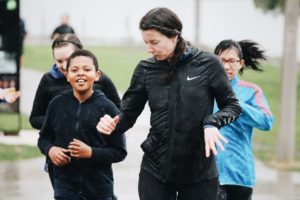 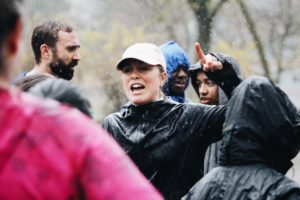 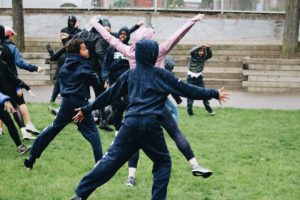 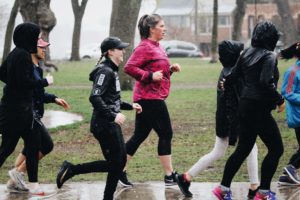 Despite the dreary conditions, the kids showed off their speed during our sprint-training sessions. There were a few wipe-outs on the grass and some very wet feet, but smiles all around.

The younger runners and their mentors did shuttle relays on the field at Spruce Court School with Coach Kate, and the older athletes worked on speed development with Coach Brittany at Riverdale Park West. Shuttle relays allowed the younger runners to work on their speed while practising team work. In their teams of three, kids raced across the field to tag their team members on the other side. The first team to tag off six times won. After shuttle strides, kids learned how to use starting blocks and ran a mock 100m race. Not an easy feat in the rain, but they made it happen. The mentors participated as well.

RELATED: Lane 6, version 2, week 1: new neighbourhood, new year
The older group went with Coach Britt across the street to work on their speed endurance. After the first part of the workout, which was a little on the aerobic side, we tested their all-out speed by running for 20 seconds hard, only taking a 10-second break between repeats. After doing this four times, the kids were tired but certain they had run hard.

After the running portion of the workout, the teams headed into the Boys and Girls Club. With their mentors, they worked on strength training and core exercises, followed by a stretch session, and finally a short period of reflection using their training journals. By the end of the session, no one seemed to remember that they were wet–they were too busy having fun.

Lane 6 is revealing an exciting development to the kids this week: at the end of their eight-week program, they will be running in a track meet. Stay tuned for more information on this and how you can support our young runners in crushing their goals.

Thanks to our biggest Lane 6 supporter, Nike for all their help.