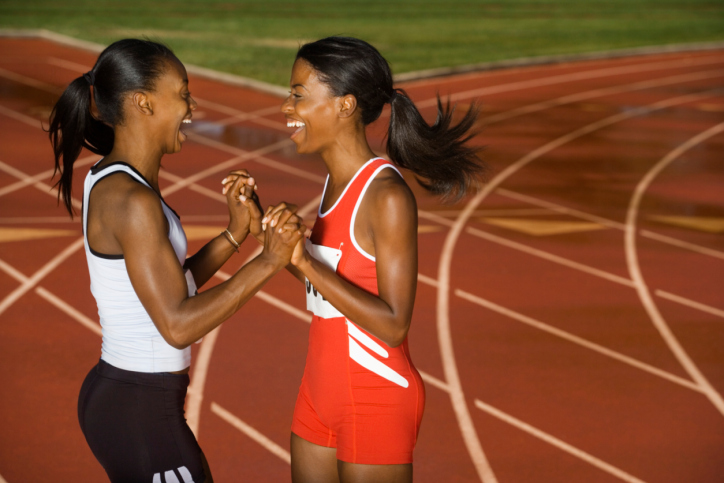 We runners are pretty OK people. Generally speaking, we’re a positive, proactive and motivated bunch. But, it has to be said: Every so often we’re capable of telling a fib or two. These are the things we say that aren’t always 100 per cent true. Not going to lie this time…

… except for these lies which we told to newbies. Sorry newbies.

1. I hit the showers immediately after I get in the door

The truth: I grab a beverage then a snack then I get distracted by the texts I missed while running and something else comes up. Whatever, I shower eventually.

2. Yeah running creates A LOT of laundry when you can only wear outfits once

The truth: There’s no way I’d wear that gear only once. Unless it’s really sweaty, I wear it more than once before I wash. That’s so much laundry.

3. Of course I ran today

The truth: This is one of those days where I’m getting to it later. It’s easier to say I did than to get into what happened that made me miss it.

4. Was that a sharp pain in my knee/ IT band/ foot/hamstring? Nah, probably not. If it was, it’ll fix itself

The truth: I so don’t want to get injured right now so I’m pretending it’s not real.

The truth: I don’t shoot snot rockets in front of you.

6. I’ve never had an accident in my pants

The truth: You know last track meet’s PB? More like Pee B. I was racing hard. I peed. Also, runner’s trots come out of nowhere!

7. I’m completely on top of my nutrition all the time

The truth: Post-run beers are going nowhere though and sometimes I overeat after a run.

The truth: Strength work? It sucks sometimes. I mean to do it post-run.

9. No I don’t just talk about running!

The truth: You got me there but I’m not admitting it.

The truth: Oftentimes I love hills. It’s a bit of a love-hate relationship.

The truth: I zone out when I run but I do it a decent amount of the time.

The truth: It’s hard to suppress my competitive streak.

13. I understand all of the science behind my running shoes

The truth: A lot of it I get. I know the basics and then the looks persuade me.

The truth: Nice to meet you, I may have Googled you and stumbled across your race results.

The truth: When you run long distances together, conversation gets real fast. Also, we accept each other at our worst.

16. Running gear is part of my everyday wardrobe, but it’s the cool kind so that’s different

The truth: I do go to the mall to shop for regular clothes but then the running stores pull me in.