RELATED: Meanwhile, Canada had its national cross-country championships this past weekend.

A competitor in an earlier race this fall said that Varicelli cheated at the Manhattan Invite. A GIF of photos from the incident has been made showing the runner joining the race from the sidelines. The Manhattan Invite is where he earned the “Manhattan Bandit” nickname.

Varicelli is seen in the below GIF crossing the finish line with a tuque. He is the seventh runner in the sequence to cross the finish line. He didn’t have a split at the 1.5-mile mark, appeared only in footage at the end of the race and PBed by three minutes. He was subsequently removed from results according to MileSplit. A reddit user’s account suggests a similar series of events.

The Northeast Regional meet is how U.S. runners earn a spot at Nike Cross Nationals, a massive event in high school cross-country.

After users of LetsRun.com, a website known for its sleuthing in the running community, learned of the two above instances of cheating, a third case of apparent cheating has surfaced, this one from early 2016. 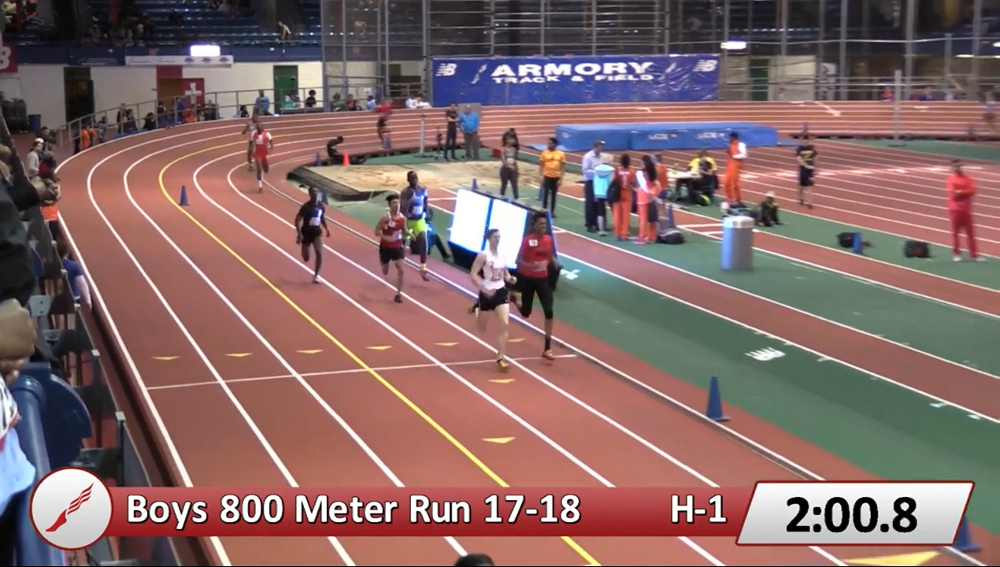 During an indoor 800m at the Armory Youth Championships in New York City, video (click here for footage) shows Varicelli dropping out of the four-lap race at the 500m mark, or at the 1:15 timestamp of the race. One lap later, the runner with bib 11 can be seen jogging in lane three and finishing the event in third. He does not appear in the results.

It’s unknown whether the high school senior will be allowed to race in the future after the two recent events and the newly-discovered events from February.