In early June we spoke with Skylar Roth-MacDonald, who was only four days into his months-long Miles for Smiles run across Canada. The 24-year-old from Calgary was making the journey with the goal of raising $50,000 for the Canadian Mental Health Association. We caught up with him 143 days later after he crossed the finish line in St. John’s, Newfoundland, more than 7,200 km from where he started. 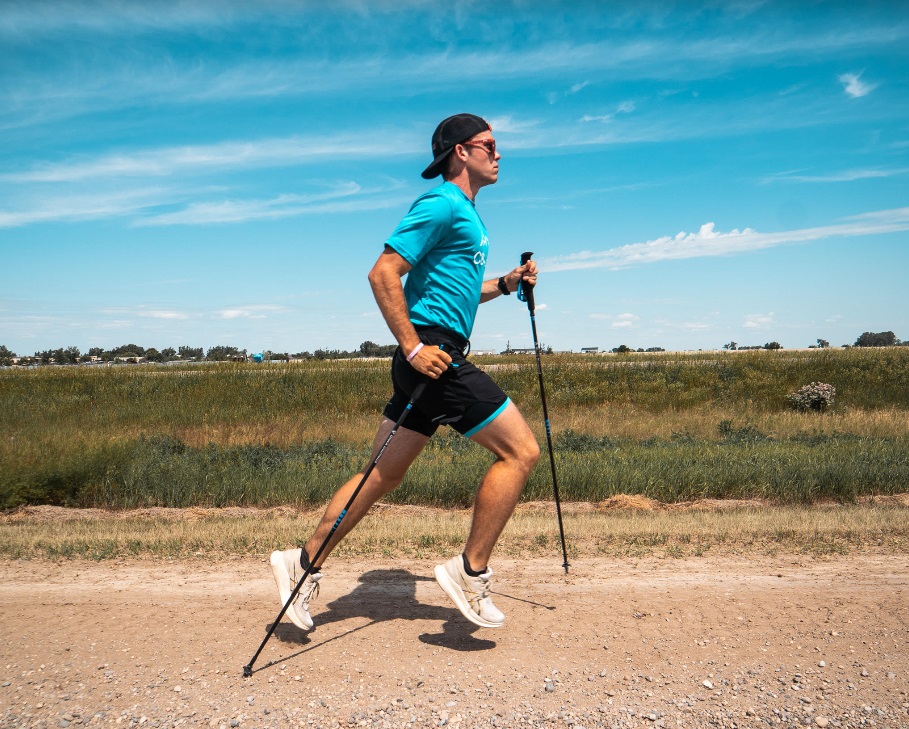 Roth-MacDonald began his cross-country trek in Victoria, B.C. on June 1. The run took him through the Rocky Mountains, across the Prairies, past the Great Lakes in Ontario and the forests of Quebec until he reached the shores of St. John’s, NL on Oct. 21. Of course, during a run of that length, there were a few hiccups along the way, but when we spoke with Roth-MacDonald, he was in good spirits and pleased with how the run went.

“I didn’t get any injuries, which was my main concern,” he says. “I just took it slow and listened to my body, and just focused on being right where my feet were, being happy and just enjoying the experience.”

There were some highs and lows along the way, most notably a cougar encounter 10 days into the run. The sun was about to set, and Roth-MacDonald had gotten separated from his support van in an area without cell service. He had the feeling that he was being followed by an animal, so he had a can of bear spray in his hand at the ready. 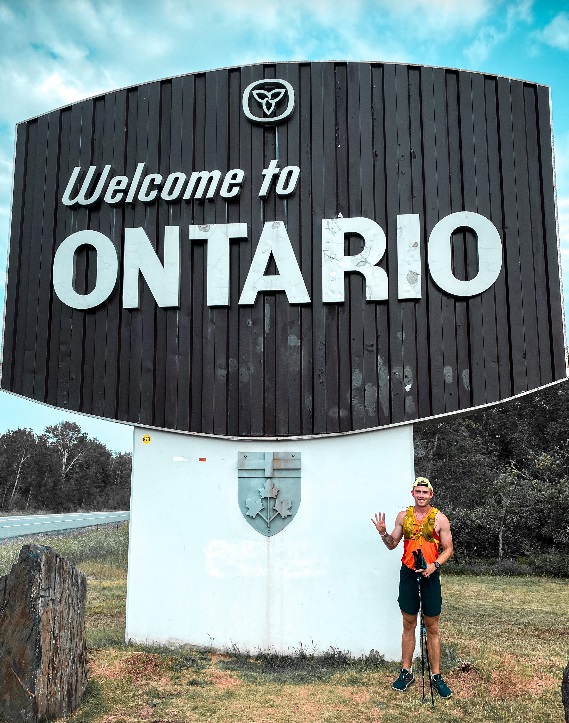 “Around 9 o’clock at night, a cougar jumped up over the guard rail at me with its jaws open ready to pounce, probably six feet away from me,” he says. “I sprayed it and ran back toward the van, – luckily we had reconnected only about five minutes beforehand, so my crew was only about 700 metres behind me.”

They called the day right there, but knowing he had to get up and continue running in the same spot the next day kept Roth-MacDonald up for most of the night. Luckily, that was his only major wildlife encounter. From that point onward, the biggest problems he faced were issues with the RV, which broke down more than once, having to find new drivers when some of his crew had to bow out for personal reasons, and dealing with the oppressive heat that hit much of the country this summer.

“The heat was the biggest struggle for the first two-thirds of the run,” he says. “Up until Quebec City, I had only about four days under 20 degrees, and about 75 per cent of my days were above 30.” 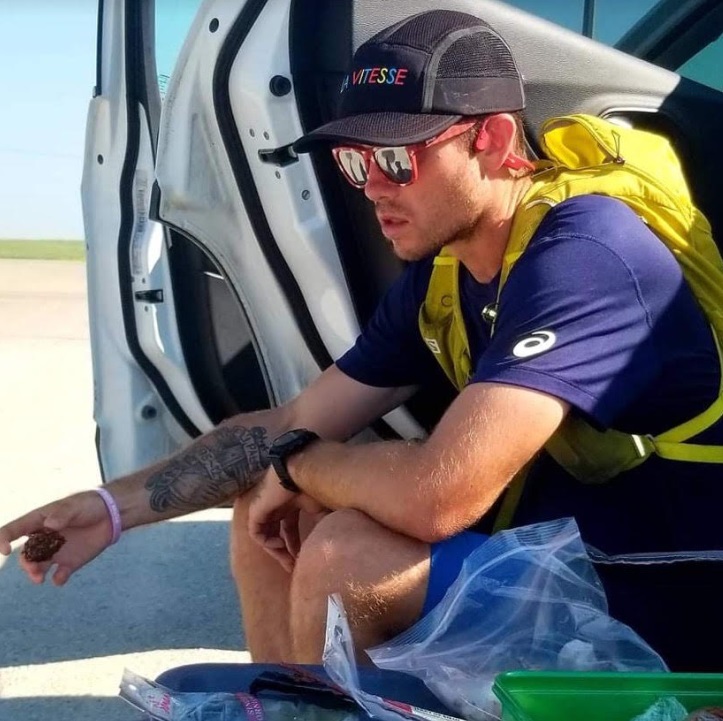 The best part of the experience for Roth-MacDonald was having the opportunity to see the entire country on foot and to experience the beautiful and diverse landscapes that Canada has to offer. Running through the Rockies was a particular highlight, as was skirting the north shore of Lake Superior. “The Maritimes were beautiful, too,” he says. “I couldn’t believe how stunning Newfoundland was.”

Completing a run across the entire country is a significant accomplishment, but for Roth-MacDonald, the day he surpassed his fundraising goal of $50,000 was even more exciting than the day he finally reached the finish line. He reached that goal just as he was entering Newfoundland, and since then, he has raised more than $65,000 for the Canadian Mental Health Association. “That was by far a better feeling than crossing the finish line,” he says. “I know that’s going to make such a big difference in the world of mental health, and I’m happy that me just moving my legs and being open about my struggles is helping to make a difference.” 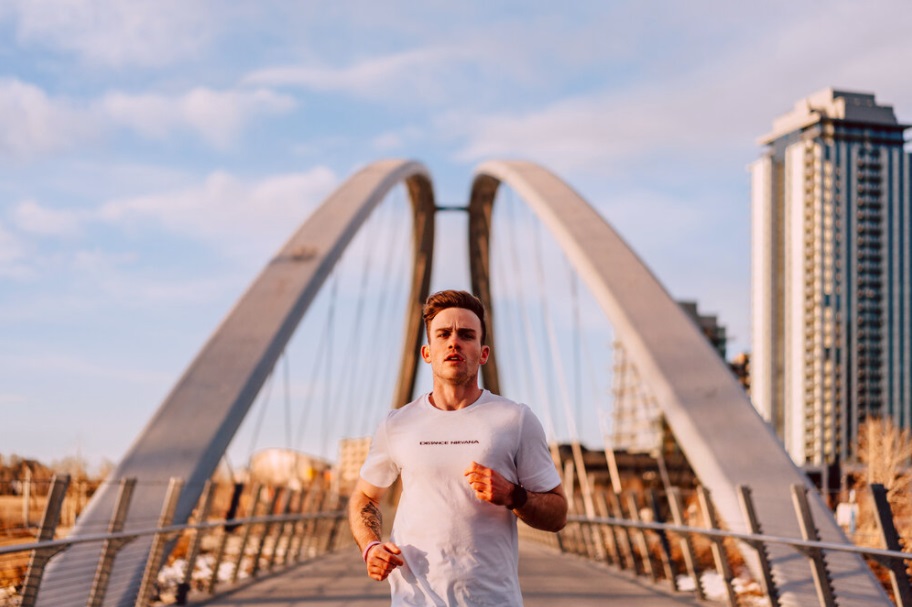 Roth-MacDonald has been overwhelmed by the positive reception he’s received as he’s made his way across the country, and speaking with countless people throughout Canada and learning about their own experiences with mental health has made him realize even more how far-reaching mental health struggles are in this country. “Everyone has been affected by mental health in one way or another,” he says. “I knew that going into the run, but when I started talking with people from coast to coast, I really realized just how much, and I knew I was running for the right reason.”

The Miles for Smiles fundraiser is still open and will remain open for another few months, and anyone who’d like to support the cause can donate by clicking here.