In case you forgot about the famous duck, Wrinkle, who made an appearance on the course at the 2021 New York Marathon, he made another appearance at the Long Island Marathon in New York on May 7, in the kids 1K marathon, where Wrinkle clocked a world duck record of 18 minutes and eight seconds.

Wrinkle, who is known as ‘@seducktive’ on Instagram, posted to his 500,000 followers that the race was a lot of fun but hard, and he has no idea whether his time is good or bad.

Before we get into this duck’s performance-enhancing diet, many fans have been speculating about the benefits of wearing webbed-foot shoes. Wrinkle sports customized booties made by his mom and dad to give him a little extra cushioning while he’s out for a waddle. 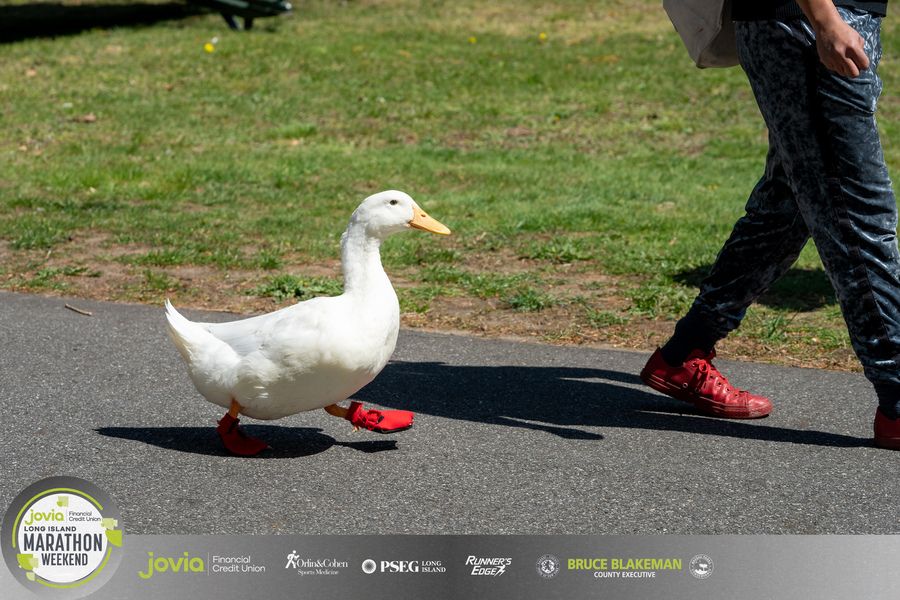 Wrinkle first gained attention at last November’s NYC Marathon, when he was spotted waddling on the course. Since then, he has been spotted cheering on marathoners in Boston and hanging out with other ducks at the local park. 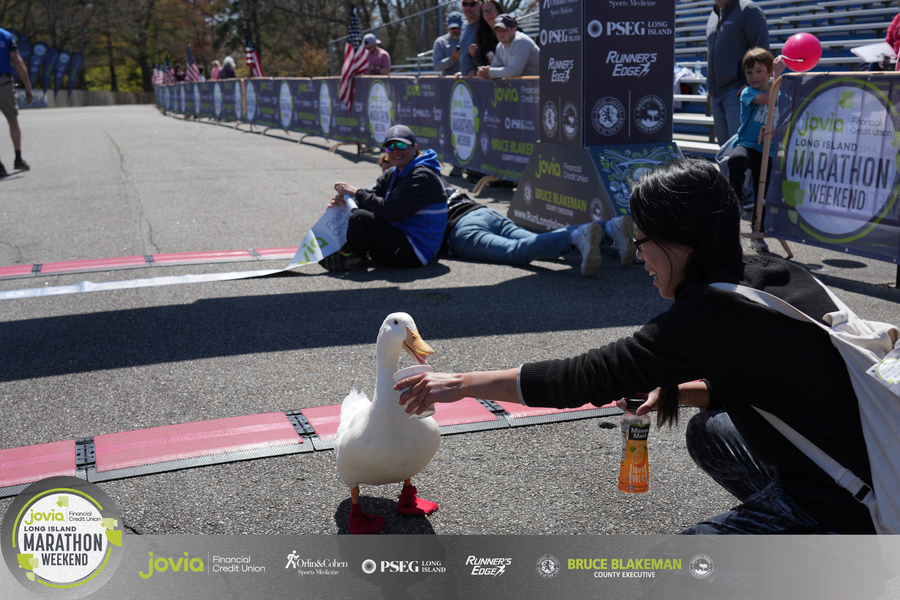 Upon further investigation into duck world records, Wrinkle might be the first to waddle 1,000m and do it at such a blazing speed of 3.31 km/h.

The record is still under ratification, according to the non-existent World Duck Athletics panel.