Jonathan Bradnam is no stranger to physical and mental adversity. The 34-year-old elementary school teacher from Welland, Ont. has beaten cancer not once, but twice, and returned to running the day after receiving radioactive iodine treatment for thyroid cancer. Since then, he has completed several marathons and is inspiring his students to get out and run, too. To celebrate the positive impact he’s had on his community, he was selected by TCS Canada to join five other teachers on Team TCS Teachers to run the New York Marathon on November 7th. 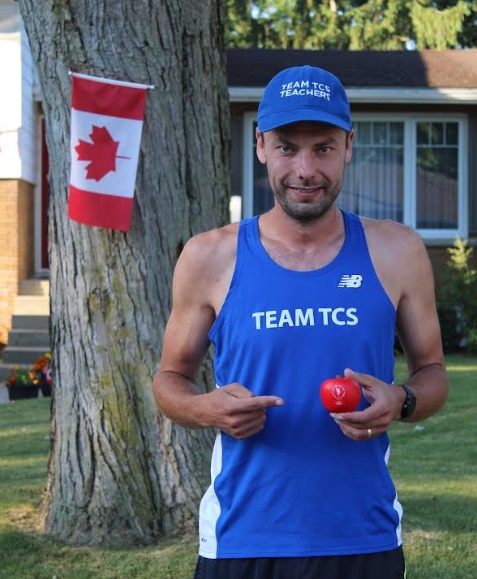 Bradnam ran off-and-on for several years but fell out of the habit when school, life and family commitments began to take over. In 2016, Bradnam was playing soccer when he noticed some discomfort. A visit to the doctor revealed that he had aggressive testicular cancer, and he had surgery the very next day. A follow-up scan one month later discovered that the cancer had spread into his abdomen, at which point he was sent to Princess Margaret Hospital in Toronto for treatment. He underwent three rounds of chemotherapy, after which the doctors declared him cancer-free and he was able to return to normal life with his wife and two children.

Two years later, at one of his routine check-ups, the doctors noticed a tumor in his throat, which turned out to be thyroid cancer. Bradnam had surgery in June 2018 to remove the tumour, followed by radioactive iodine treatment to kill any remaining cancer cells. He decided to get back into running there and then, and the very next day, he laced up his shoes.

Congratulations Jonathan Bradnam on crushing your first Marathon with a winning time (and course record) of 2:39 #thatdamhillultra #maraton pic.twitter.com/E6nR4vu8Mi

To his surprise, he accomplished that goal and began to gradually work his way up to longer distances. His first marathon was the 2020 That Dam Hill in London, Ont., where he won in an impressive 2:39:31, setting a new course record. This achievement is made even more remarkable by the fact that for several months during cancer treatment, neuropathy in his feet made it difficult for Bradnam to walk, let alone run.

“When your health is kind of taken away from you, you realize what you’re able to do and you stop taking your health for granted,” says Bradnam.

Bradnam is now an ambassador for the Rankin Cancer Run, and shares story and his passion for running with his students. He organizes a running club at school where he routinely has around 70 students arrive 45 minutes before school starts to run laps around the field, during which time they talk about building healthy habits and the benefits of regular physical activity. 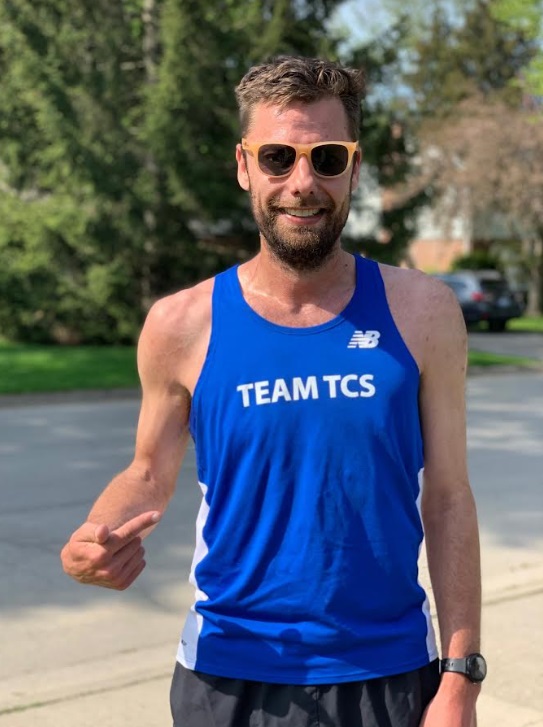 In less than two weeks’ time, Bradnam will be standing on the start line of the 2021 TCS New York City Marathon, alongside five other Canadian teachers as a part of Team TCS Teachers. He was the top Canadian finisher last year in the virtual New York Marathon, and although he’s dealt with a few more aches and pains throughout his training this year, he’s excited to test himself at the in-person race.

“I definitely channel some of the negative experiences that I’ve had health-wise,” says Bradnam. “I tell myself ‘you’re suffering now but you’ve suffered a lot more in the past’. The suffering is going to be temporary, and I channel that to do things that I might not be able to do otherwise.”