Following his double-gold performance at the Rio Olympics in August, Mo Farah has raced sparingly over the seven weeks since the Brazil Games. The distance running star, however, made a rare fall appearance on Saturday in a rather unlikely setting: A Japanese television show.

Decked out in Great Britain racing gear, the same kind of kit he wore in Rio, Farah was guest starring on Tokyo Broadcasting Station’s All-Star Thanksgiving. The special program airs twice per year, in April and in October, and had Farah race against Japanese celebrities at the broadcasting company’s studio.

According to Japan Running News, the format of the race involved four laps of a 900m loop with Farah starting almost six minutes back of the main field as a handicap. The 33-year-old raced against high-profile locals to make up the margin in the final metres and win the race at the television station’s studios. Farah completed the 3.6K race in 13:39.

Farah did not announce he would be racing on Japanese television – the event is known as the Akasaka 5-Chome Mini-Marathon – on his social channels besides tweeting out the following:

His Snapchat account (click here to see his username) has been regularly updated, however, with photos and videos of Farah exploring Tokyo. Farah was in the Asakusa neighbourhood of Tokyo. 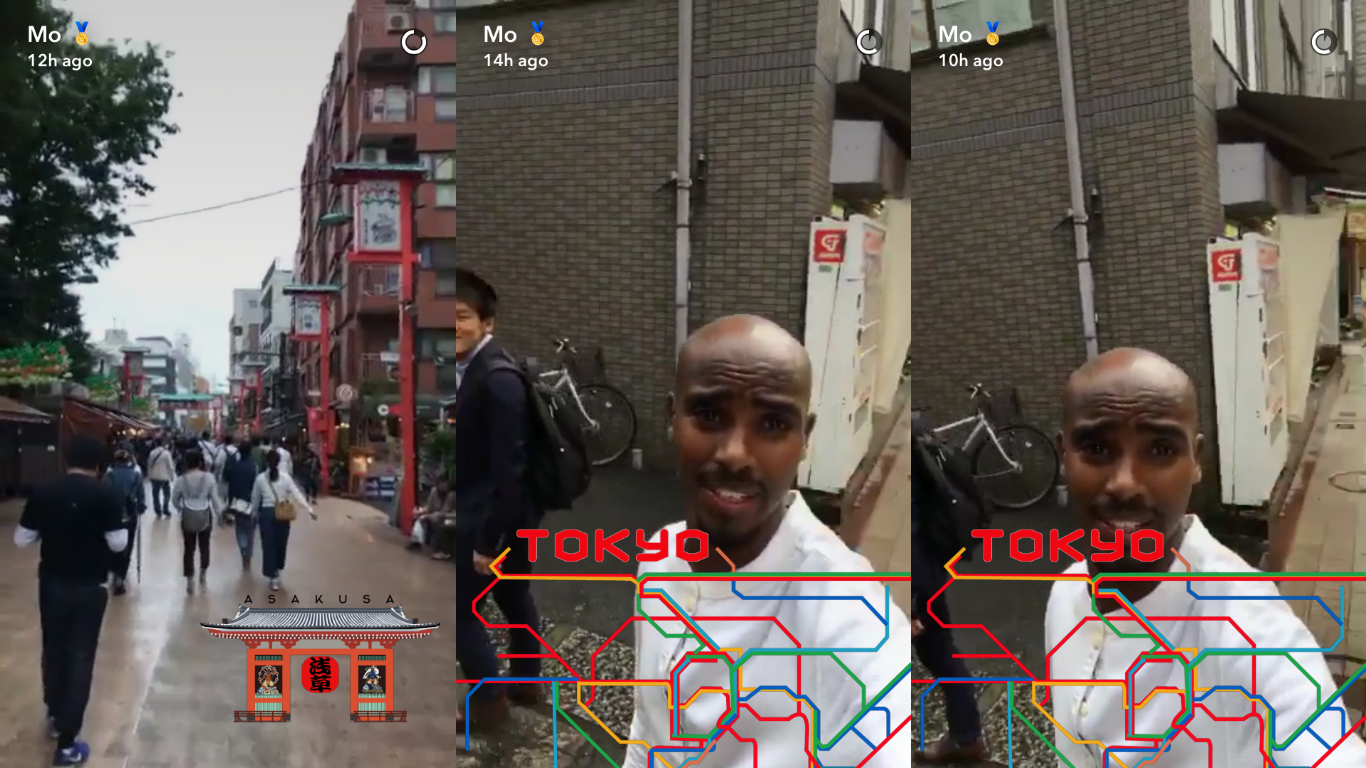 Prior to his appearance on the Japanese television show, Farah raced and won the Great North Run, the world’s largest half-marathon, in mid-September. Saturday’s television show appearance is believed to be just Farah’s second time “racing” since the Olympic Games.

RELATED: Japan’s broadcast of the men’s 4x100m is everything that’s great about track.

In the below clip, the runners ahead of Farah continually look back to see if the four-time Olympic champion is looming. Unfortunately for those who had a head start, Farah’s pace was too hot to hold off as the Oregon-based runner was the first to cross the finish line inside the studio.

Farah’s next big global championship race will be in London in 2017 as the world championships in athletics will be held on his home turf. The star runner, who trains with the Nike Oregon Project, won the 5,000m and 10,000m in Rio, a feat he also accomplished in London in 2012.

Caught a very entertaining TV show starring @Mo_Farah. It looked like a running race around the studio and he won #ukrunchat @JRNHeadlines pic.twitter.com/rlYowgbe9N