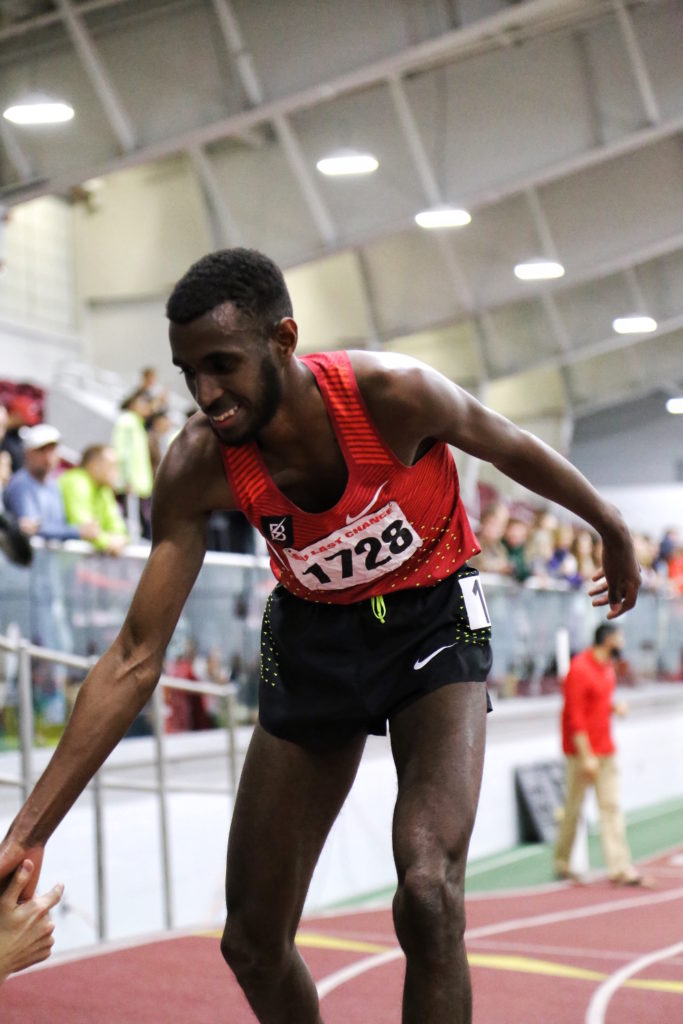 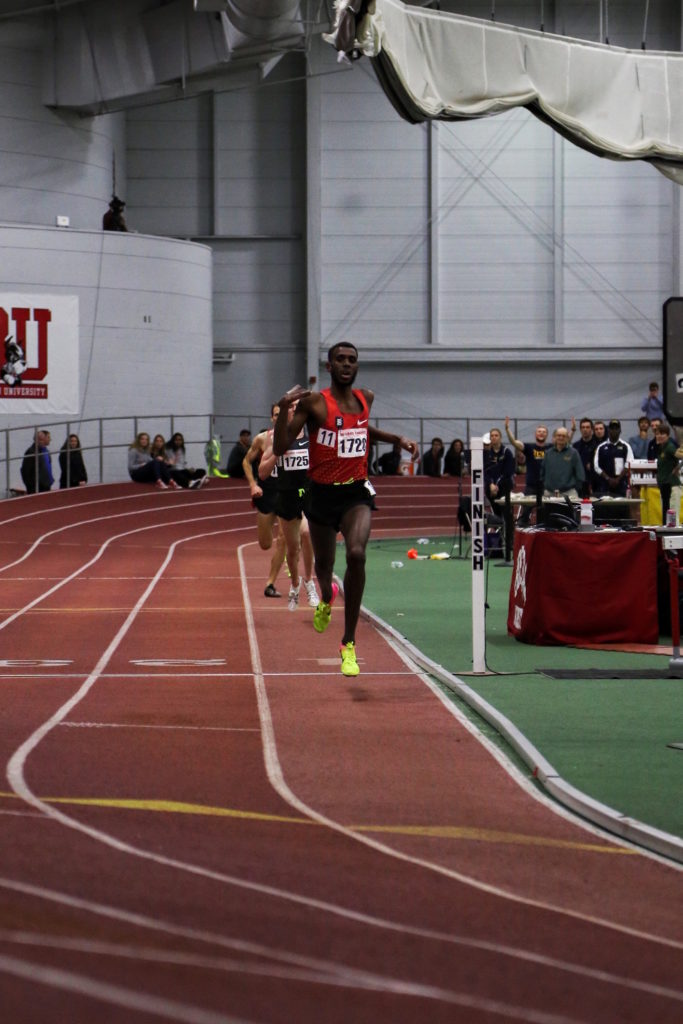 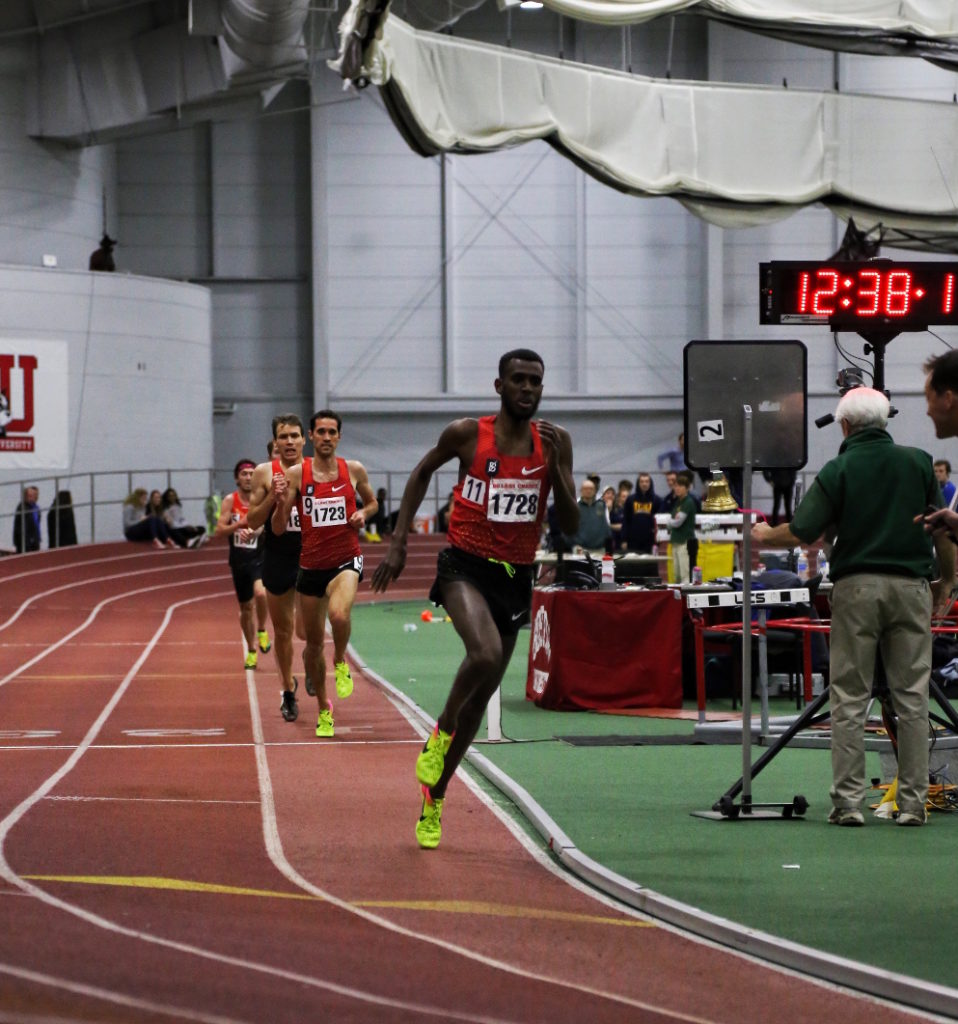 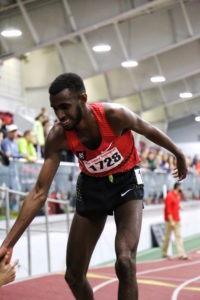 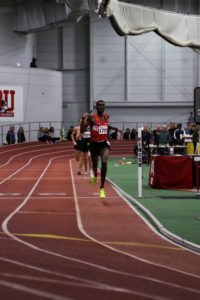 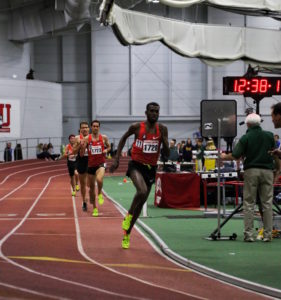 Canada’s Mohammed Ahmed is on another level right now.

To put it into perspective, Ahmed would have been a half-lap ahead of Levins had they been in the same race together. He closed the final 3K of the race in a time, unofficially, that was just four seconds off the national indoor record (7:40.11) which he holds over the distance. Coming off the best-ever result by a Canadian in an Olympic 5,000m in Rio (fourth), the St. Catharines, Ont. native looks prime to medal at the 2017 IAAF World Championships.

I remember well one of the first times that Ahmed ever made an impression on those watching him race. It was in Niagara Falls, Ont. in 2007 at the Ontario high school (OFSAA) cross-country championships– the most prestigious meet for a high school-aged athlete. Up against favourite Matt Hughes (who he now trains with as part of the Oregon-based Bowerman Track Club) the Grade 11 student dominated the field winning by 12 seconds. Hughes, who came in third, finished 17 seconds behind him. At that point in his running career, Ahmed, with his thin frame, needed a safety pin to connect both shoulder singlet straps to ensure it didn’t slide off.

The next year, in Sarnia, Ont., at his final OFSAA cross-country race, the then-St. Catharines Collegiate runner dominated by almost a minute (the race was 7K) over the next nearest competitor. His execution was a cruel one. He set a blistering pace through the opening 1,500m, knowing full well that he was the fittest in the field. As spectators watched him make his rounds, they were left wondering when the rest of the field, myself included, was going to come by. Being within two minutes of him in a race nine years ago, also my final OFSAA championship, provides a bit of solace knowing now that Ahmed is throwing down some blistering times.

To this day, that race continues to be the subject of a conversation when Ahmed’s performances surface.

Now, nine years later, he has three official Canadian open senior records (5,000m indoors/outdoors and 3,000m indoors) to his name and he’s arguably Canada’s greatest distance runner. He calls his latest 13:04 performance, a mark that puts atop the 2017 world list, “the best indoor race” of his life. (His two-mile indoor national record is not an official Athletics Canada event.)

Why get excited about a time run at relatively small collegiate meet in Boston in February? Well, running a 13:04 the way he did on a banked indoor 200m track is all the proof needed to show that he can mix it up among the world’s best. To support that claim, is that fact that he already has a Pan Am gold and multiple top-10s at international events to his name. For comparison’s sake, four-time Olympic champion Mo Farah ran 13:09.16 for 5,000m in Birmingham, England earlier this month.

“I felt pretty good,” Ahmed told FloTrack after the Feb. 26 race in Boston. “This is the fittest I’ve been (at this time of year). I think running 13:04, and the consistency of running sub-13:20s, I have the ability to take it to the next level. The next goal is to break 13.”

All smiles for the BTC boys in Boston. A new Canadian Record and a win for @moh_speed23, a huge 15 second lifetime best for @woodykincaidguy, and 5 guys under 13:20! ?: @msonnenfeldt #B⚡TC #nikerunning

Though indoor records are generally slower both because the tracks are shorter (therefore athletes have to deal with more turns, which slow the pace) and many athletes focus on bigger competitions in the summer, taking 15 seconds off a national record is a massive achievement. Levins, who Ahmed overtook to now hold the nation’s fastest-ever 5K, still holds the Canadian outdoor 10,000m record and is a Commonwealth Games medallist.

The key though is how Ahmed’s 13:04 played out. Athlete agent Dan Lilot wrote on Twitter that Ahmed split 4:01 for the final 1,600m including a 27.3-second final 200m. That’s the type of pace that gets thrown down at the end of championship races, where athletes attempt to conserve energy by running a slower first half before making their move to bid for a podium spot. A final 400m in the low 50-second range is often required to compete with the best in the world when it matters the most.

Now is as good a time as ever to get excited about 2017 athletics in general and this athlete in particular.