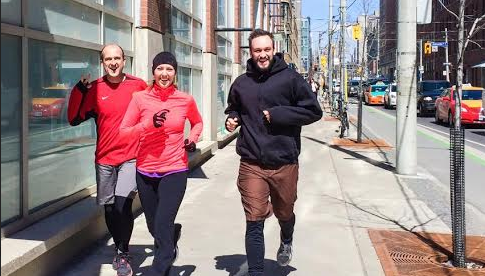 On December 11, 2012, Amanda Shotton was crossing at a crosswalk in Mississauga, Ont. when she was hit by a car. The accident left her severely injured: a concussion, heavy bruising, a leg and back injury. In the months that followed, Shotton would stay in a dark room away from noise and stimulation as she recovered from the concussion. She was nearly immobile, needing help with the most basic things like putting on her socks or elevating her legs. “It felt like someone had taken a baseball bat to my back,” says Shotton. “I was left with flashbacks and in shock, dealing with the aftermath of what had happened.”

Slowly Shotton started to gain control over her body and she began the recovery process. She was in physiotherapy for the year and a half following the accident, in and out of massage therapy and having regular visits with a social worker to help her deal with the mental symptoms often attributed to trauma: anxiety attacks, post traumatic stress disorder, and a new phobia of cars and roads. 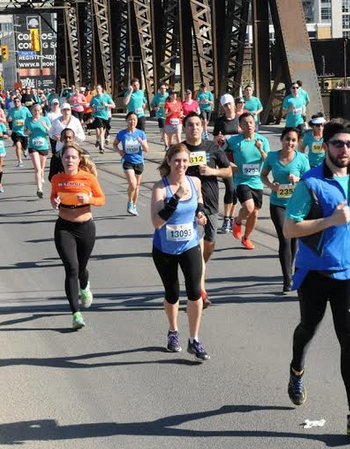 “I couldn’t relate to the life I had before or the people around me,” says Shotton. Basic things like walking down the street became a source of fear for her. “It was terrifying making the couple blocks to get to the [bus] station,” she says. Where once she would walk, she now needed someone to accompany or drive her.

As her recovery progressed, running found a place in her life. Before, Shotton had loved being on a bike for exercise but that had lost all of its appeal. Shotton works as an animation artist downtown Toronto where a small group of coworkers are also regular runners. They suggested she join them. “I would have panic attacks crossing the street,” says Shotton. “At first, it was a slow thing.” She adds that the group would be supportive, encouraging her and helping with the small things. Eventually running became a source of relief though. “I thought ‘I can breathe and I’m so relaxed,'” says Shotton. “It’s a good feeling to have.”

But getting onto the roads to run is a large obstacle to overcome for someone who suffers from fear of roads. It took about a year for that to become easier Shotton says. “It was something I realized one day. I thought ‘Oh my God, I have run across the street without having a panic attack,” she says.

She continued running with the group at work going out about two or three times a week. Eventually, she made the step to running alone, something she never thought she would be able to do. Initially, she hadn’t even considered racing either but slowly, that came too– the fact that roads are blocked off for races helped. She entered a 10K in Toronto then signed up for Harry’s Spring Runoff which she says is her favourite. Her goal now is to race a few times a year.

As for the running routine now, Shotton runs a few times a week and spends one day at the gym doing yoga and strength work. Her favourite places to go are the waterfront trails in Port Credit or to Toronto’s Cherry Beach if she runs from work. Where it was once her coworkers that encouraged her to run, now she’s the instigator she says, often prodding her coworkers to get out with her.

Two and a half years later, the injuries are almost dealt with but she still goes to physiotherapy for her back when she needs to. Her fear is still there, but it’s more manageable now. “I cross the streets pretty much no problem now. It has become a lot easier,” she says. She says she now has the tools to get through everything that came with the accident.

“What I gained from running amazed me,” she says. “I was eating and sleeping better, I finished a run high on endorphins, and I found a community.”