In response to Nike’s Mother’s Day “Dream with Us” video promoting gender equality, the New York Times released a scathing video about how poorly Nike, ASICS and other companies have treated their pregnant female athletes, featuring Olympian and six-time US champion in the 800m, Alysia Montaño.

When champion and Olympic runner @AlysiaMontano decided to have a baby, she found that her sponsors had no policies on how to handle pregnant athletes — other than to treat it like an injury https://t.co/hM6rg9ovRJ

Montaño finished fourth in the 800m final at the 2012 Olympics in London, third at the world championships in both 2011 and 2013, and first at the USATF national championships six times between 2007 and 2015–one of them at only six months post-partum.

In the video, Montaño, who once raced at 34 weeks pregnant, describes how, when she told her sponsor, Nike, that she wanted to have a baby, they said, “Simple–we’ll just pause your contract and stop paying you.” She left Nike and went to ASICS, who also threatened to stop paying her while she was trying to get back into racing after having her daughter, who is now four. 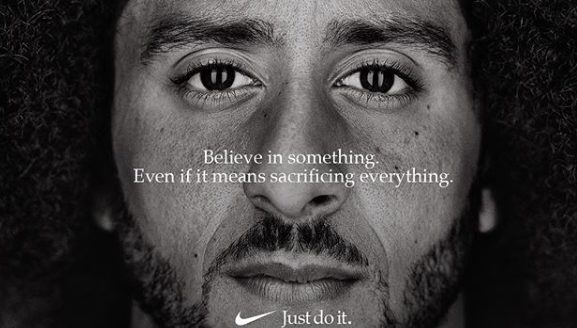 “Companies like Nike tell us to dream crazy,” Montaño says in the video. “We say, how about you stop treating our pregnancies like injuries? Then they tell us to believe in something. We say, how about maternity leave? How about when you tell my daughter she can achieve anything, you back it up?”

The Times also tweeted a story about two-time Olympian and double world championship silver medallist Kara Goucher, who had to leave her seriously ill child in the hospital for a race that would reinstate her pay.

This is Olympian @karagoucher. She was forced to choose between being with her son, who was dangerously ill, or preparing for a race that she hoped would restart her pay. Read more about her story here: https://t.co/nOpkiuWVOl pic.twitter.com/O5xJGG3bm5

The story accompanying the video explains that unlike in other sports like basketball or soccer where athletes are paid by a professional league, track athletes rely on sponsorship deals (sometimes supplemented with prize money) whose terms they must agree not to disclose. “For the vast majority of athletes, their sport is a way to earn a decent living by doing what they love and excel at. They don’t get rich.”

Furthermore, athletes are not employees, and have none of the normal protections available to employees. “According to a 2019 Nike track and field contract shared with The Times, Nike can still reduce an athlete’s pay “for any reason” if the athlete doesn’t meet a specific performance threshold, for example a top five world ranking. There are no exceptions for childbirth, pregnancy or maternity.”

The choices athletes who get pregnant and have children are forced to make in order to keep getting paid sometimes imperil their health, forcing them to return to training performing at the highest level before they are fully recovered, and sometimes while they are still breastfeeding.

Nike responded to the criticism by pointing out that performance-based pay reductions are common practice in the industry, but claiming to have changed their policy around pregnancy in 2018 so that “no female athlete is penalized financially for pregnancy.”

Nike responds to New York Times article about track stars who say their contracts were reduced with the company when they were pregnant. pic.twitter.com/kp64D51VWq

The situation is a little different in Canada, where athletes can apply to Athletics Canada (or their provincial federation) for a pregnancy card, which is separate from an injury card. But the main difference is that in Canada, very few athletes’ sponsors pay them a salary at all–most sponsorships are gear-only, and their travel expenses are paid by Athletics Canada when they’re a member of a national team.