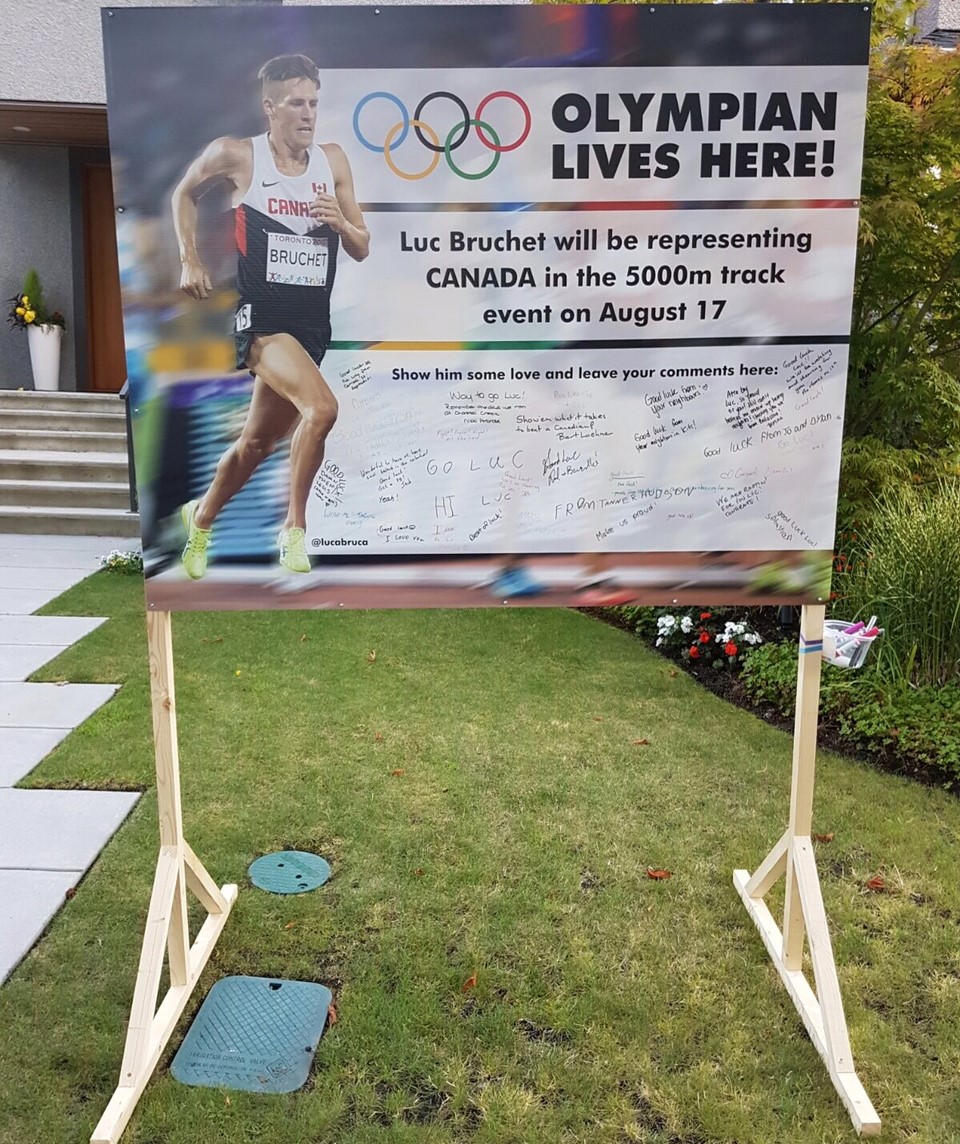 Luc Bruchet, a native of White Rock, B.C. who trains in Vancouver, has been getting lots of support from friends and family after making his first-ever Olympic team. The 25-year-old has also been getting the support from the local community thanks to a new addition to the neighbourhood.

Bruchet, one of two Canadians who will compete in the men’s 5,000m, came home one day to find an “Olympian lives here” sign. To make things better, the sign also has a whiteboard and a set of markers for locals to write encouraging messages. The photo is from the 2015 Pan Am Games and the sign includes his Twitter handle.

RELATED: Interactive map: The hometown of every runner on Canada’s Olympic team.

“Good luck from your neighbours,” “make us proud” and “good luck Luc” are just some of the messages left so far. The sign comes courtesy of Bruchet’s landlords in the West Point Grey area of Vancouver.

Luc Out Rio! Next time I see @lucabruca he’ll be on tv racing the 5000m heats at the Olympics! Congrats on all your hard work over the years.

Bruchet says that he’s somewhat surprised (and flattered) by the amount of people who have signed the whiteboard so far.

“I thought it would be a like a picket and be much smaller,” says Bruchet. Instead, his landlord’s surprised him with a mini-billboard to let neighbours know they have an Olympian down the street.

Bruchet also got a sendoff from Forerunners, a local Vancouver-based running store that has employed both Dylan Wykes and Rob Watson in the past. He works part-time while running professionally for Asics.

Bruchet qualified for Canada’s Olympic team by finishing in the top two at the national track and field championships in Edmonton in early July. Bruchet and Canadian record holder Mo Ahmed make up the two-person team in the men’s 5,000m. The first of two rounds of the race in Rio kicks off at 10:05 a.m. local time on Aug. 17.