Strava released its 2018 year end review this morning, and the results show that based on activity title, runners are more into beer than cyclists. Strava has 36 million users in 195 countries who have collectively completed 6.67 billion miles, and the infographic below details how those users document their activity based on food. 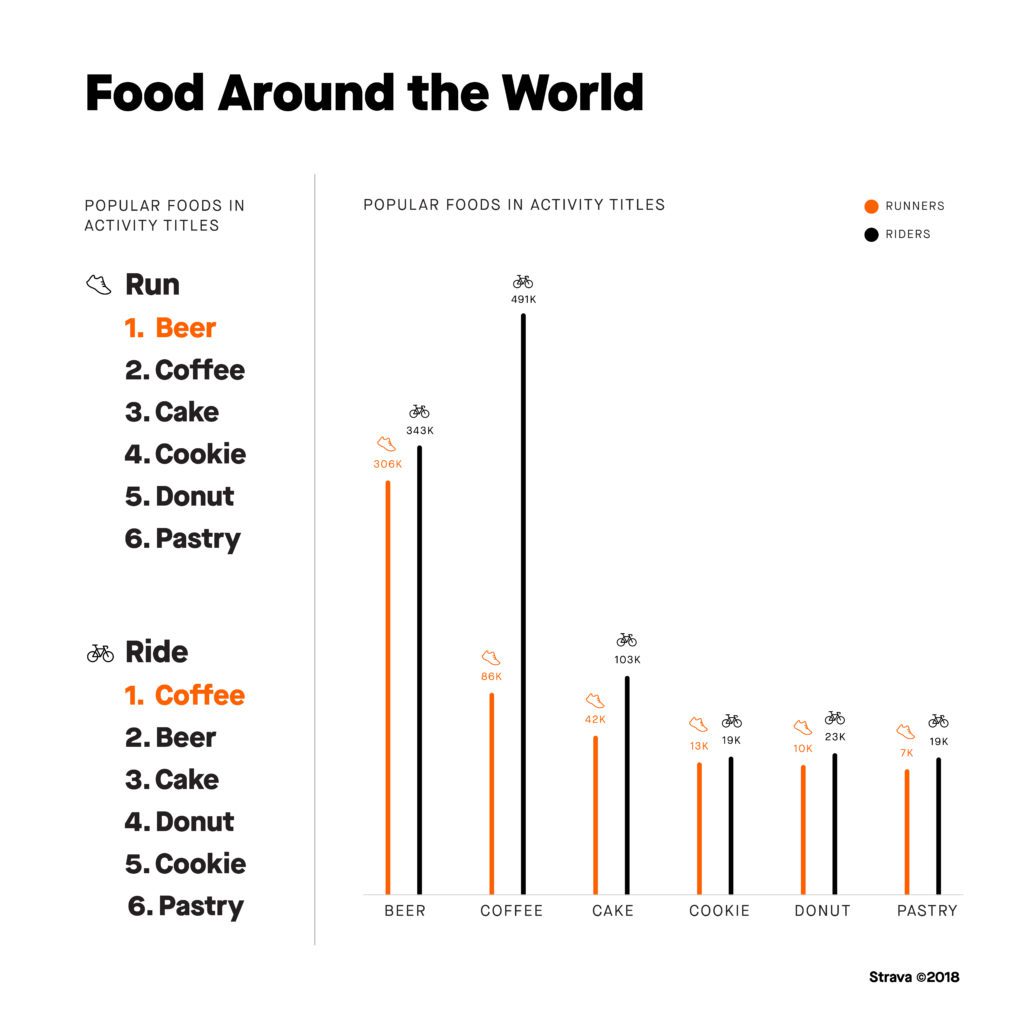 Most runners enjoy beer, and for good reason. While there are recovery foods that could be considered more optimal than beer, the beverage has some recovery merits. For example, beer is 92 per cent water, so alcoholic or non-alcoholic beer may a simple solution to replenish calories and carbohydrates post-workout. Also, a glass of beer contains 92 mg of potassium, 14 mg of calcium, and 48 mg of phosphorus. Malted barley has trace amounts of minerals such as silica and B6.

Runners have also made an event out of beer and running in the beer mile. Canadian Corey Bellemore is the world record-holder, and historically, Canadians have been some of the best in the business at the event.