On April 21, 2013, Eliud Kipchoge made his marathon debut. He’d already had a successful career on the track, capturing two Olympic medals and two world championship medals (including a 5,000m gold at the 2003 worlds), but he was not yet close to making the list of the greatest runners of all time. His jump to the marathon changed that, and over the last seven years he has become the most dominant marathon runner (and one of the most dominant athletes) in history. In honour of his seven-year marathon anniversary, we’re taking a look back at his incredible career.

Kipchoge started his marathon career with a win and course record at the Hamburg Marathon (his course record of 2:05:30 still stands today). The following September, he came in second at the Berlin Marathon when Wilson Kipsang won in 2:03:23, the world record at the time. Since then, he hasn’t lost a race, and his overall marathon record is 11 wins and one loss.

Kipchoge has won the Berlin and London marathons multiple times, as well as the Chicago Marathon, and in 2016, he won the gold medal at the Rio Olympics. He has been an unstoppable force on the marathon scene for the better part of a decade, and it looks like Kipsang showed the world that, if you want to beat Kipchoge, you have to run a world record to do it.

Kipchoge’s success from 2013 to 2016 made him the perfect candidate for Nike’s Breaking2 project in 2017. They wanted a runner to break the two-hour marathon barrier, which many believed to be impossible. Although Kipchoge’s 2017 campaign was unsuccessful, he still ran a 2:00:25, shattering the world record (his time didn’t count as an official run) and coming painfully close to the sub-two-hour goal.

Last fall, Kipchoge took another shot at a sub-two marathon, this time in the INEOS 1:59 Challenge in Vienna, and he nailed it. He ran the first sub-two-hour marathon in history, posting a 1:59:40 and redefining what’s possible in the sport of running. 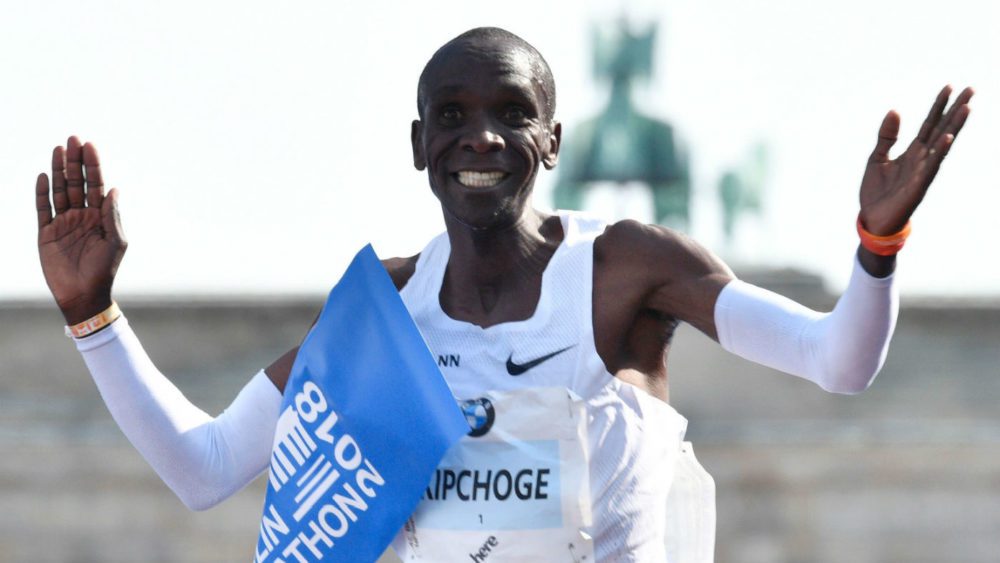 After Breaking2, the only official accolade that was missing from Kipchoge’s career was a world record. He already had an Olympic gold medal and multiple World Marathon Major wins, but the official title of “Fastest Marathon Ever” still eluded him. That changed at the Berlin Marathon in 2018, when he ran a 2:01:39, beating the previous record by over a minute. There’s no telling how much more Kipchoge can do in the sport, but he’s certainly given us more than enough entertainment in the last seven years.