From record setters to incredible age-groupers to those that make it all possible, Canada’s running community has several outstanding individuals. We honour seven deserving runners who have made a huge impact on our sport in the past year. We chose Alissa St Laurent as our trail runner of the year. 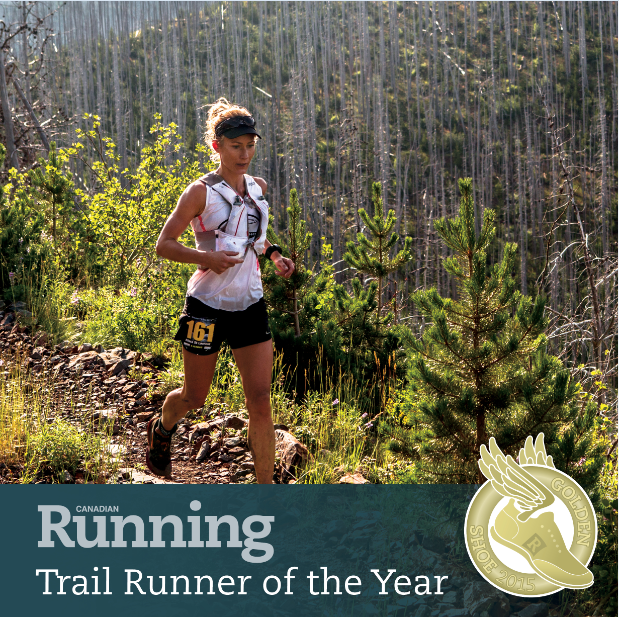 That 2015 was Alissa St Laurent’s year is indisputable. The 30-year-old ultramarathoner crushed course records pretty much everywhere she raced. In July, she won the 100-mile Sinister 7 in Crowsnest Pass, Alta., beating out the old course record by hours and only 15 minutes behind the first place male. Then, in August, she nailed one of her pie-in-the-sky goals and was the overall winner at the Death Race, beating all the men in competition. A few weeks later, she went on to set another course record at Cascade Crest 100 in Washington.

And perhaps as remarkable as her accomplishments is her athletic background. St Laurent only took up recreational running in her mid-20s. In 2013, after running a leg of Sinister 7, she ran one of her first ultras, the 50-mile Blackfoot Ultra. Later that season, she won first place female at the Lost Soul 100k. She started taking her training more seriously, upping her mileage to 130–200k a week, and became more serious about her nutrition. While 2014 saw success, her newfound devotion really paid off in her knock-out races of 2015.

By day, the Edmonton-based runner is an accountant and trains with Edmonton’s Fast Trax running club. While she observes that she races a lot for someone whose event specialty is the ultra, she says that her success is just as much based upon listening to her body. In fact, as she becomes a spokesperson for women in sport, she talks a lot about how this as one of the greatest benefits of women being involved in athletics. Sport allows women to look past their self-judgmental conditioning and see the potential of one’s body. This isn’t the last we’ll see of St Laurent, either.