On Sunday, Olympic 5,000m medallist Paul Chelimo took place in a shot put, long jump, discus and 200m competition. The quad-athlon, which did not suit Chelimo’s athletic skill set, was presumably for three Nike runners (Chelimo, Stanley Kebenei and Shadrack Kipchirchir) to hit their performance requirements and avoid contract reductions. Over the summer, many professional runners have competed in wildly off-distance events, as some contracts have a clause that athletes must compete a certain number of time per year. 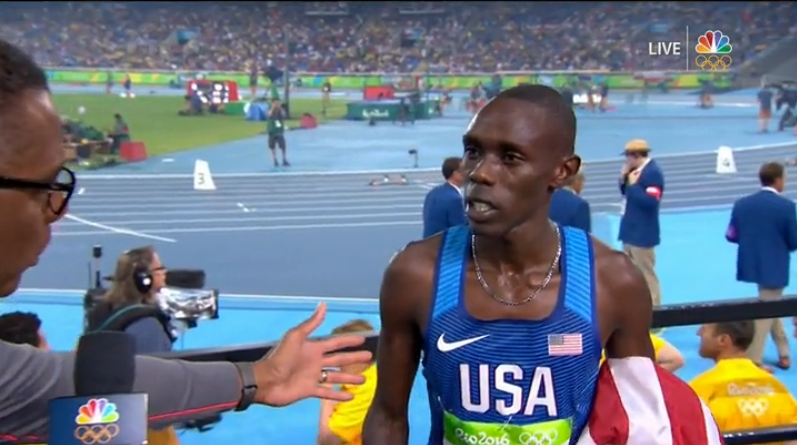 Chelimo wasn’t particularly strong in any of Sunday’s field events, but he was remarkably poor at the long jump. He tweeted after, “I’ve got a long way to go.” We assume the pun was intended.

Chelimo won the long jump, hitting 4.20 metres. For context, this jump would put him in last place in the senior boy’s long jump at OFSAA – by over a metre. Kipchirchir, a 10,000m specialist, was the worst jumper, hitting only 2.79m.

Despite the fact that Chelimo and his teammates are some of the best distance runners in the world, they wouldn’t have been competitive with local grade nine students in a long jump competition. But these results verify the research of many physiologists – that distance runners are terrible jumpers, who typically score low in tests of anaerobic power.

In the video below, marathoner Des Linden was taken through a series of general physical fitness tests, scoring low in the jump portion and again proving that distance runners aren’t particularly explosive.


RELATED: Des Linden is considering a move to the trails

Chelimo’s poor results but good attitude are a nice reminder that you can’t be good at everything, but it’s fun to give many different sports a try.