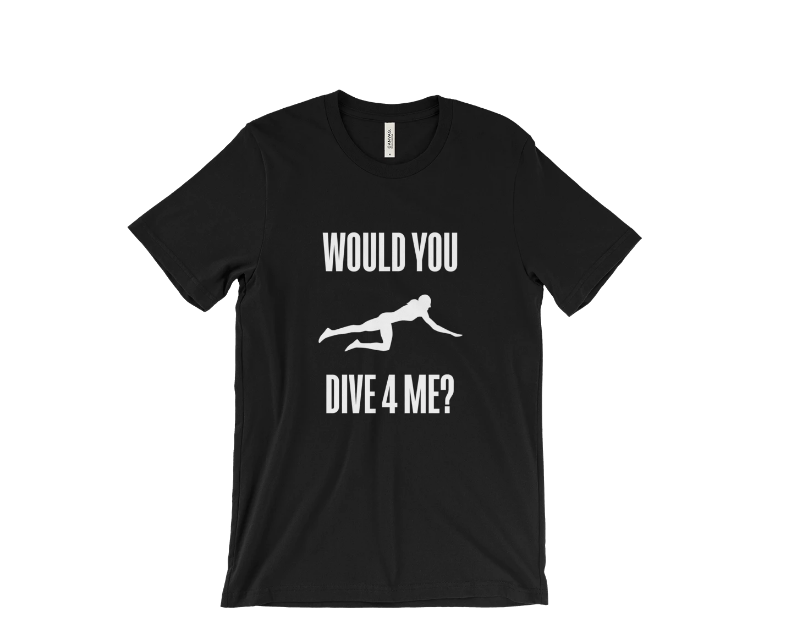 Would you dive for your loved ones if they were a gold medal?

That’s what the message on a new Rio-inspired H&M T-shirt asks. The clever new shirt is referencing one Olympic moment that became a much-talked story of this Olympic Games.

In the women’s 400m finals, Shaunae Miller, of the Bahamas won her gold medal as she took a last-minute dive across the line to beat out four-time Olympic champion and U.S. runner Allyson Felix. Watching the race finish, it looks as though Miller’s legs are bogged down as she comes into the finals metres of the race. She starts to buckle, looking as though she’s going to fall. Instead though, she dives through the finish line to take the gold. Her time was a PB of 49.44.

The dive garnered a lot of attention– and controversy. Many felt that diving across the finish shouldn’t be allowed and wanted to see the runner disqualified. Others– particularly track fans who have seen their share of falls and dives across the finish– saw it as a fair finish and a lucky one as it landed her an Olympic gold medal.

Falling or “diving” across the line is completely allowed. Though many disagreed with her race finish, the 400m runner didn’t break any rules.

Watch the video of her famous dive below:

Insane finish in the 400m final, with #BAH Shaunae Miller diving for the finish line and taking the #Gold medal https://t.co/QAnyIgfDwn