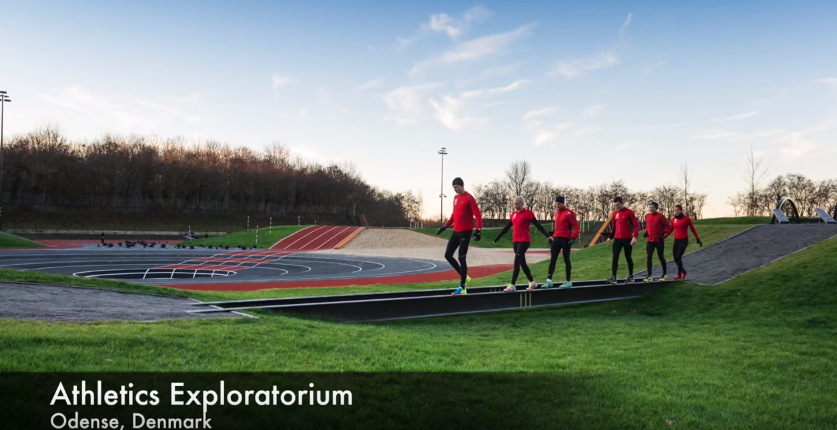 Traditional 400m oval tracks are a thing of the past at the University of Southern Denmark in Odense, the third largest city in the Scandinavian nation.

Funded by the Danish Foundation for Culture and Sports Facilities, the university, and the city of Odense, developers built Keinicke & Overgaard Arkitekter, an athletics facility that doubles as a playground for runners.

With hills, a figure-eight shape, built-in track LED lights at 10-metre intervals to gauge an athlete’s progress against his or her goal time, and a banked track in the middle, this facility is one-of-a-kind.

There is even a beach and barbecue area within the confines of the track, known as the “Athletics Exploratorium” in Odense.


The venue was built with the intention to stimulate interest and participation among newcomers to the sport. The track and field facility is also geared towards competition with the inclusion of running, jumping, and throwing areas.