The runner’s high is a well-known phenomenon in the running community. Simply put, it’s the ability for a run to alter your mood for the better. A study from The Journal of Experimental Biology found that dogs can experience a runner’s high just like humans do. Researchers were curious if the human reaction to exercise was the same in animals that are active. To find out, they compared blood results of runners, ferrets and dogs after a treadmill session. The dogs were the group of active animals. The ferrets, relatively inactive animals who sleep between 15 and 20 hours a day, were the control group.

After 30-minute treadmill sessions, the humans, dogs and ferrets had blood drawn to see if there was an increase in a type of endocannabinoid (which are chemicals that activate the part of the brain that makes people feel good). In both dogs and humans, their levels increased, whereas the ferrets didn’t see a change. The dogs ran at 70 per cent of their max heart rate, which was determined based on their size. This is just one more reason to bring your furry friend along for an easy run.

Note: the most impressive part of this study is that someone trained the dogs and ferrets to run on a treadmill for 30 consecutive minutes. 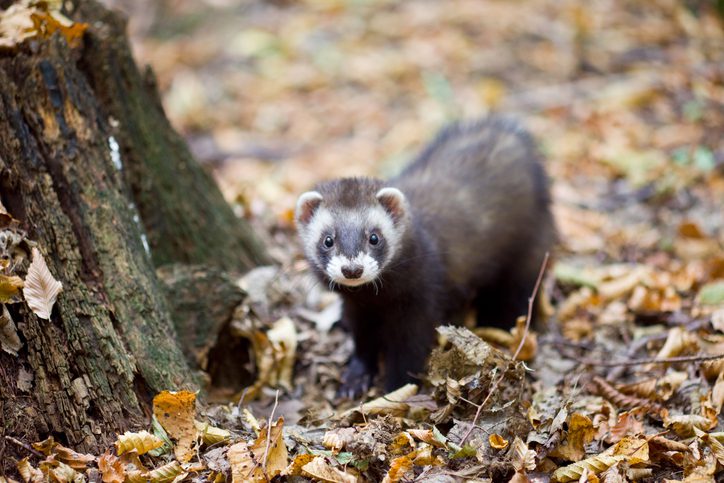 Tips for running with your dog

If this study has inspired you to take your dog for a jog, here are some tips for a successful run.

Stick to easy runs. When running with your dog, you need to keep things flexible, so be sure your partnered runs are on days when you don’t have a strict schedule, a particular amount of rest to take, or a required distance to cover.

If it’s hot, remember your dog needs water, too. Just like you’ve planned water stops for yourself, be sure to plan some for your four-legged partner, too.

Dirt is better than pavement. For the sake of your dog’s paws, choose a dirt or gravel trail when possible over concrete.

Know your dog. Some dogs are just better training partners than others. If you’ve got a natural-born sprinter on your hands (who may or may not struggle with pacing themselves) a good, old-fashioned game of catch will probably be better than a 10K easy run together.