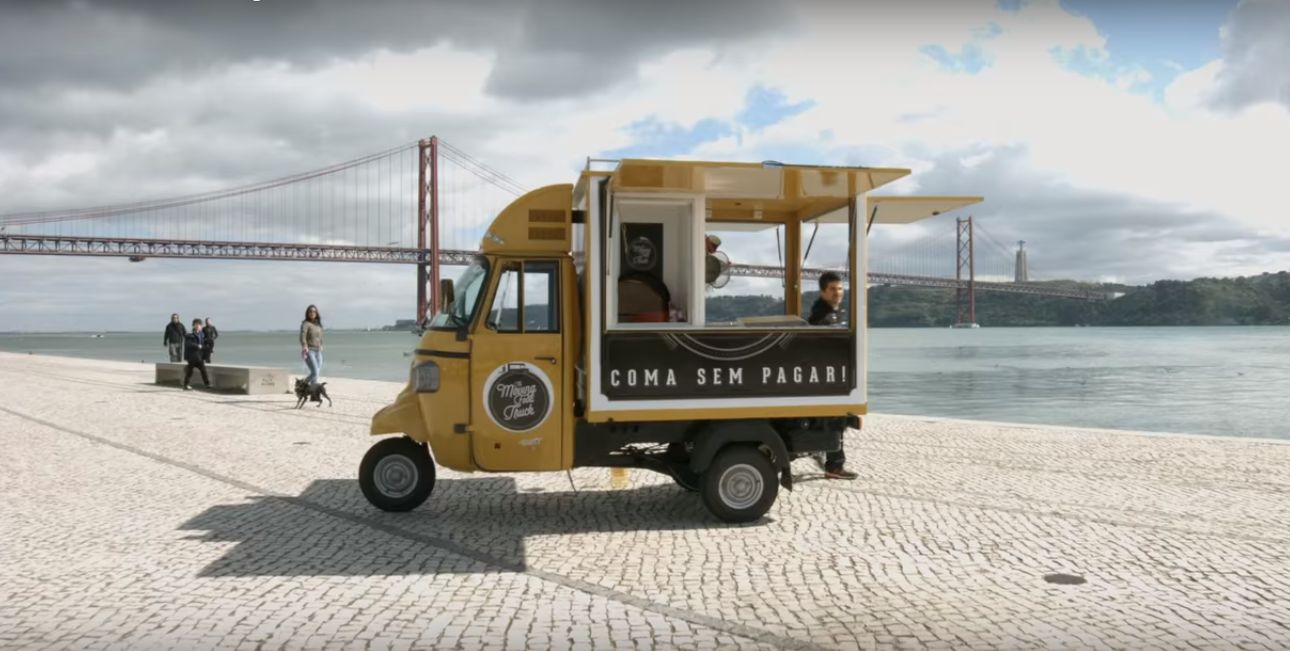 For some runners who took to the streets of Portugal this summer, it was reality and it’s enough to make Canadian runners jealous. Starting in May, a food truck named The Moving Food Truck would drive around in Portugal offering those walking or running on the streets some of those typical favourite junk foods: pizza, burgers, pop.

While most who approach any sort of food truck or street vendor would expect to have to pull out a wad or cash or spare pocket change, this one asked customers to pay up with mileage. In other words, they would have to walk or run a set distance before getting their hands on the grub.

RELATED: Dine and dash: A new generation of restaurant staff take up the runner’s lifestyle

RELATED: Cream of the crop: 10 powerfoods that every runner needs

In the video above, the vendor explains the pricing system. A slice of pizza will cost you 6.6 kilometres of walking or a 5.2 kilometre run. Prefer burgers? That will be about 5.4 kilometres if you’re running and 4.2 kilometres for walkers. Ketchup of course earns an extra distance penalty.

The idea behind this was to educate people on how much goes into burning off these types of foods which we are all guilty of reaching for. It was set up as a public service announcement by the Portuguese Association of Obese Patients, a group which educates about the harms of obesity and aims to get people to live healthier lifestyles.

While the food truck was only a temporary stunt, we’re keeping our eyes peeled to see if something similar pops up in Canada.

For your average distance runner, running these distances would be no problem at all. If only all food came at this cost…