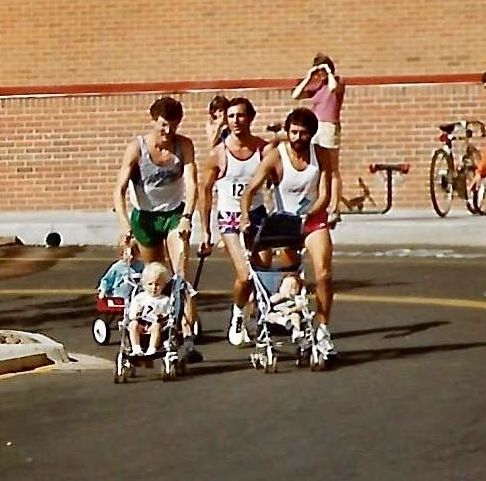 Shalane Flanagan is the woman to look up to at the moment – and for good reason.

The runner last weekend ended a 40-year dry spell for American women winning the New York City Marathon and she crossed the line to take the gold medal in 2:26:53. By now, most running fans know that. Heck, most North Americans know that as it has hit the mainstream media.

After her New York City Marathon win, her fans are still in celebration mode. And while we continue to be inspired by her recent success, one touching photograph that a blogger recently unearthed gives us all the more season to be in awe of her.

RELATED: Nine running moments when your inner Shalane slips out

We knew Flanagan was from a running family however, did you know that she has actually been turning up to race day since she was still in a stroller? Flanagan, who is originally from Massachusetts, was introduced to running quite young.

One running writer, Toni Reavis, who publishes a personal blog about the running world, unearthed a photo of Flanagan as a young child chilling in a stroller as her dad, Steve, pushed her along on a race course in Boulder, Colo.

Steve is to the left and beside him is a friend, Rich Castro (who we believe provided this throwback photo to Reavis) who is pushing his son along the course. Who would have known then that Flanagan would have grown up to be the winner of the New York City Marathon, one of our American neighbours’ top runners and hold a marathon PB of 2:21:14?

We’ll just take this as a sign that starting them young is never a bad idea. Kudos to her parents Steve Flanagan and Cheryl Treworgy!