RELATED: On average, runners drink more beer than cyclists, according to Strava 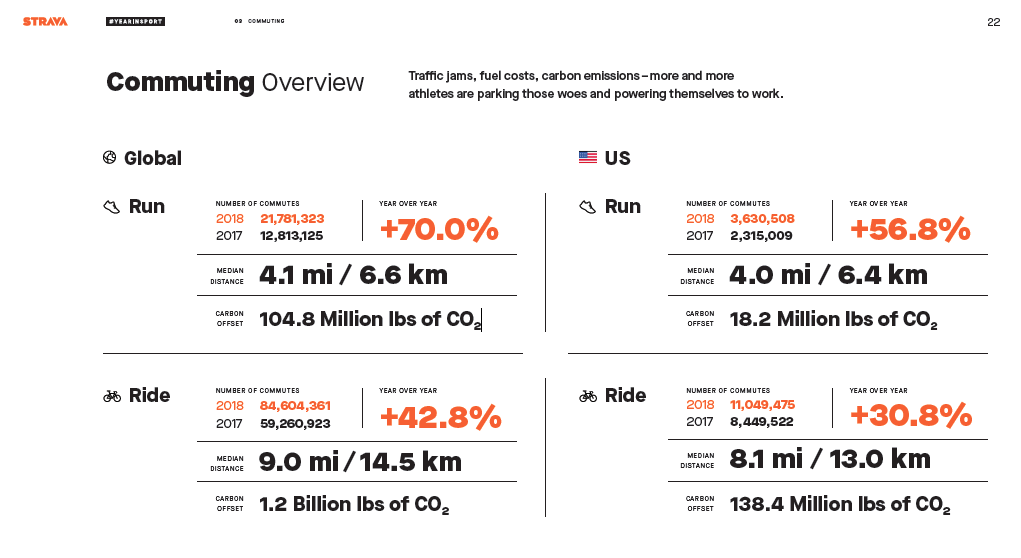 By contrast, the increase in cycle commuting was 42.8 per cent (30.8 per cent in the US), though more people cycle to work than run (5.5 million cycle-commuters globally compared to 3.5 million run-commuters).

Unfortunately, Canada is not among the top seven countries for run-commuting. The UK and Ireland take top billing, averaging 3.29 weekly trips per commuter. Germany is next, with 2.88 weekly trips.

RELATED: How many calories does run commuting burn?

In the US, Washington, D.C. had the highest average weekly trips per run-commuter, at 3.78, followed by Nevada, at 3.16. North Dakota had the highest increase year-over-year in the number of run-commuters (78.5 per cent), closely followed by Mississippi (78.3 per cent). Utah had the longest average run-commute, at 4.7 miles (7.5K). Hawaii, Nevada and New York state were tied with an average 4.3 miles (6.9K) per commute.