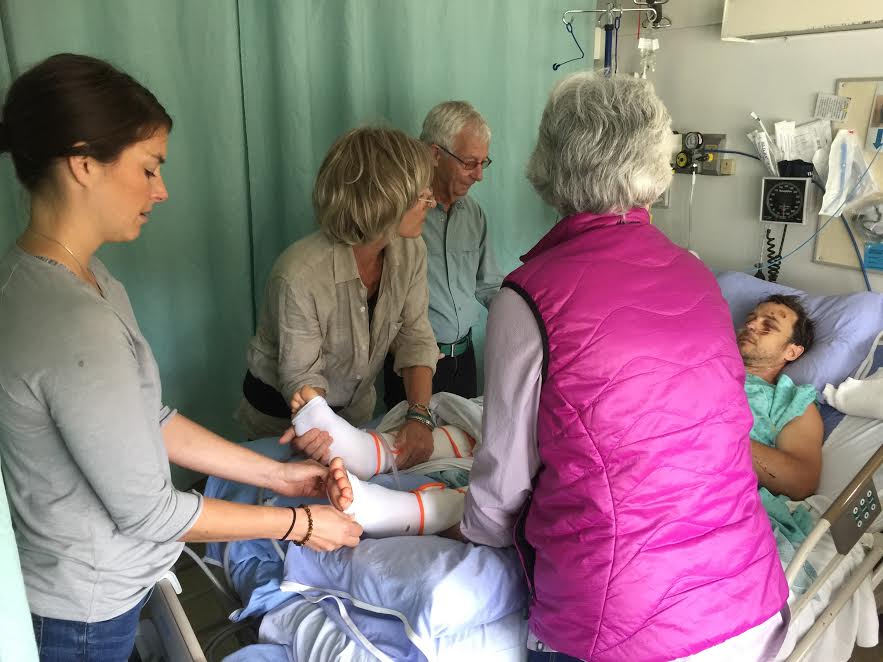 Running in Canmore, Alta., was a change from Wendy Swinton’s usual running route. At home in North Saanich B.C., she would wake up and get out for a run by around 7:00 a.m. Earlier this fall though, she had to take an unplanned trip to Kamloops and then Canmore after her son, Adam Campbell got in a nearly fatal climbing accident.

Campbell, an avid trail and mountain runner, was severely injured and so Swinton stayed with him as he went through part of his recovery.

The silver lining to a trip that takes place in these unfortunate circumstances: the running routes. While staying with Campbell, Swinton was often close by, taking care of her son. “On other mornings, I would get up and run along the river. The scenery is so stunning,” she says. Taking in river trails with mountain views and even once spotting a herd of elk on the trail became part of her day.

Running is an interest that the two of them share. Campbell’s interest in running came as she was going through some major life events. “I became a grandma, I lost my mom and I was overwhelmed.” she said. “I wanted to live long and be healthy.” Having a son who knew a lot about running also encouraged Swinton to give it a shot. He is able to relate his experience to her running to advise her on the best approach. Now, it’s part of her routine.

RELATED: Tales from morning running: “I lost 40 pounds on my river runs”

Late in the summer, Swinton was at home when she got the phone call about her son’s accident. He had taken a fall while climbing in the Selkirk Mountains and had broken his pelvis, injured his spine and sustained many soft tissue injuries and lacerations. He was air lifted to hospital when it happened. 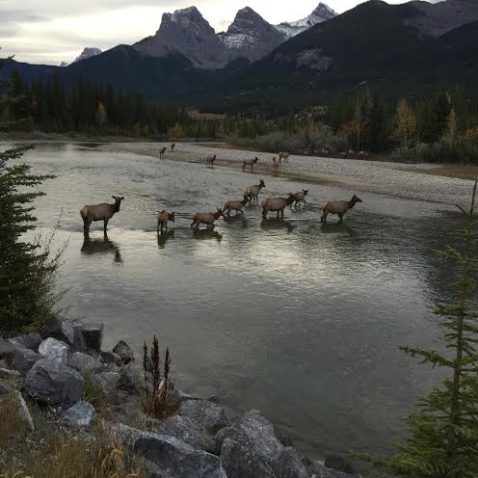 “It was tough to hear,” says Swinton. “It’s not a phone call you want to get but it’s not one you’re surprised by. My initial reaction was ‘Is he paralyzed?'”

She knew she would be booking a trip to help him through his recovery. She arrived in Kamloops, along with many other members of the family to support him through his hospital stay. Then, she brought him to his home to help him with things like going to physio and exercising in the pool.

“You have to remain calm for the person who is injured,” she says adding that it was difficult to see Campbell suffering from his injuries.

When he was in the hospital, she was constantly at his bedside. “I didn’t do any running at all even though it probably would have been best for me,” she says. It was when he was settled back at his home in Canmore, Alta., that Swinton took to the trails in his backyard. She used those runs to process what her son was going through.

Even though her visit happened under circumstances that no mother would wish upon her son, Swinton says that there were good things that came from the trip, like spending an extended period of time with her son, having an unexpected family gathering and watching Campbell’s positive progress post-surgery. She also wasn’t expecting to share the trail with Campbell anytime soon but on the way to physio, when she would push his wheelchair, he’d suggest an alternate route.

“Not on sidewalks, oh no… he wants to go on trails and paths,” says Swinton adding that they shared some calm moments along the trail. As for Campbell’s recovery, they predicted he’d be active again before the new year with runs together in their future.