The koala challenge has swept social media, causing folks to take to their living rooms and attempt to move around their partner without touching the ground (like a koala). The challenge, which began only a few weeks ago, has already amassed 15,000 hashtags. Among those 15,000 people are, surprisingly, a lot of runners.

It’s surprising because runners are a group of athletes who aren’t particularly into doing strength training or stretching (both of these supplementary activities help koala challenge performance). Here, in order of completion time, are some pros who tackled the challenge and did a really good job.

RELATED: Partnered strength exercises to do with your isolation buddy

For runners looking to attempt this challenge, the Praught-Leers are the couple to beat. The steeplechaser-turned-1,500m runner is remarkably agile and smooth in her transitions.

The Coburn-Bosshard duo is a close second place. The couple was a mere three seconds behind the Praught-Leers’ time. We’d like to see a face-to-face rematch when public health regulations allow.

This couple is above average in their speed, but not quite as good as the duos above. Infeld, a World Championship bronze medallist, is great on the track but has some room for improvement with the koala challenge.

Nick Willis and his wife, Sierra, were a little slow but they get extra points for difficulty. The couple held (what appear to be) beers while completing this already-very-difficult challenge.

Huddle, who’s the American half-marathon and 10,000m record holder, was a little slower than her fellow runners, taking over double the amount of time when compared to the Praught-Leer duo. They do, however, get points for multitasking (her husband checked his smartwatch mid challenge). 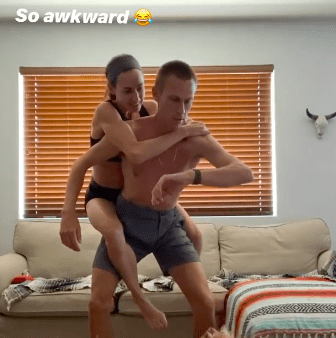 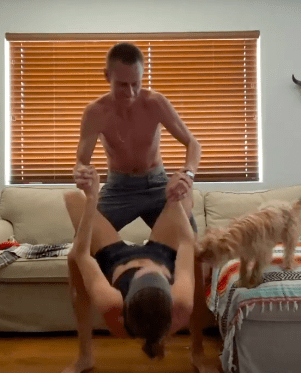 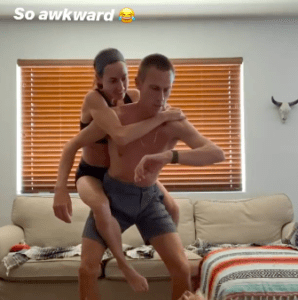 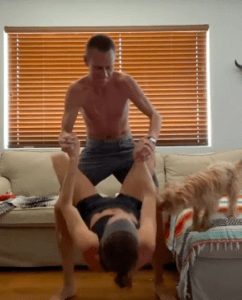 Gen LaCaze – 31 seconds (but got disqualified)

Gen LaCaze, Australian steeplechaser, was the first of the runners to attempt the challenge. And she was making very good time, maybe even better than Praught, until she touched the ground with one manipulation to go. This couple, despite being technically disqualified, gets point for originality.