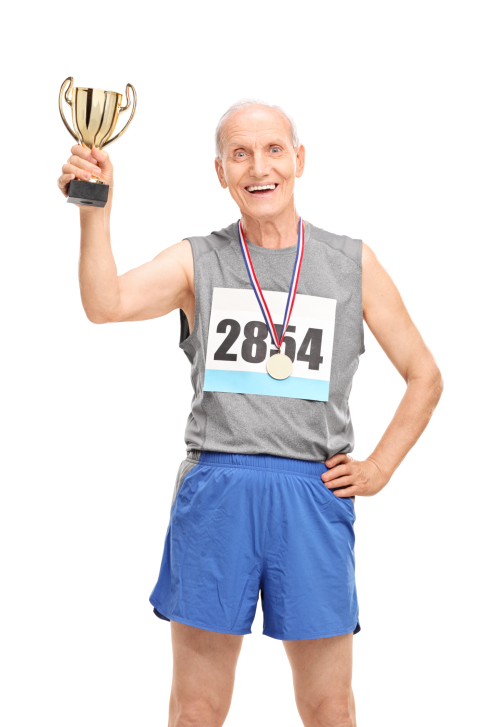 If you’ve been running for a little while now, chances are that you’ve noticed that a huge part of this sport is about proper etiquette. Whether that’s at races or at the weekly long runs, proper sportsmanship is key in the running world. That might be because getting in the distance and tempo work can be quite grueling.

There’s always that person who dampens the mood. If these running partners secretly annoy you, don’t worry. We’ll rant for you today.

We all get to celebrate our accomplishments but this person has a way of always letting you know how great they are without coming off like they are bragging. They will say things like “Yeah I’m just going to go easy today because I did a casual 18K already,”  or “I really like all of my Boston Marathon jackets but I just don’t have the room for them in my drawers.”

This person treats practice like it’s a make-or-break boardroom meeting with the company CEO and it’s a little too intense. Being on time is important but when your running partner is saying things like”Meeting for an easy 7K at 7:00 a.m.. Let’s be there no later than 6:56 a.m. I will text you at 6:44 a.m. to give you the 12-minute warning,” it’s a bit much.

3. The one who always has to be just two steps ahead of everyone

Take your turn. Everyone gets to lead at some point. It’s OK to be in the middle of the pack or just slightly behind the lead group. That person who speeds up so that they are in front– even by just two or three steps– is a real irritation. This is a common runner type.

4. The spatially unaware runner who is always cutting you off

You’re cruising along and suddenly a runner clumsily darts out in front of you, cuts you off and nearly trips you up. Your first instinct is to want to smack this person. This is normal.

Is this person more annoying than the subtle bragger? It’s hard to say. You know all of their PBs off by heart, you know every details of their Boston qualifier and you know when they started running because they keep reminding you that they have been doing it longer. All uncool.

When it comes from the friendly veteran marathon runner who is basically your running dad, it’s OK. When advice is being doled out by some know-it-all when you didn’t ask, it can be tough to hear.

7. The runner who always has nice stuff

You know you shouldn’t be annoyed by this person. Really, you shouldn’t. But how is it that this person always seems to have the coolest new shoes/jacket/running tech?! It seems like it’s impossible for him/her to wear the same outfit twice too…

8. The one obsessed with pace-per-kilometre

9. That person who unintentionally diminishes your accomplishments

The conversation goes something like this: You: “I ran the half on the weekend.” Them: “Just the half? Were you aiming to do the full initially?” You: “No.” Them: “Surely you could do the full. You should run the full.” You proceed to roll your eyes until they nearly fall out of your head.

10. The one who sets a really fast PB and complains about it

This is not a good attitude. It’s even harder to hear when you wish you could even run within five minutes of that PB.