To recap, WADA announced in December 2019 that Russia would be banned from the Tokyo Olympics and Paralympics, and the 2022 Beijing Winter Games. The decision also barred the country from hosting any international competitions for the next four years.

Armour argues that this “ban” was weak, and did nothing to protect the interests of clean athletes. Instead of handing out penalties that would deter Russia and other bad actors, she says, Bach “sold out the Olympic ideals for a $51 billion party in Sochi.”

The Court of Arbitration for Sport (CAS) recently upheld the ban, but cut the duration in half. This means that Russia’s flag and anthem are banned from the next two Olympic and Paralympic Games (i.e. summer and winter games), as well as any other major international competitions through December 13, 2022, including the 2022 World Championships in Qatar. Any Russian athletes who are not currently serving a doping suspension will still be permitted to compete as “neutral athletes,” and can still have their country’s name and colours on their uniforms. 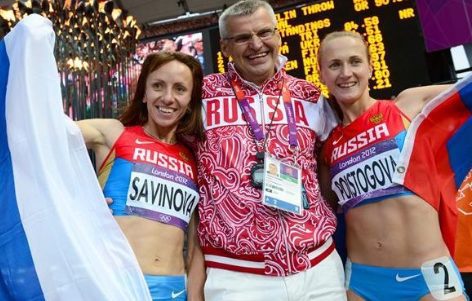 While Bach defends his treatment of Russia by pointing out that all countries have athletes who have cheated, Armour argues that the doping program created by the Russian state was a vastly different scenario from a single athlete who cheats. She describes it as a “co-ordinated effort” that was sanctioned at the highest levels. Armour also points out that Russia also failed to hand over compliance data to WADA by the allotted deadline, and once they finally did, the agency found that the data had been intentionally altered. This was even after the Pyeongchang Olympics.

According to Armour, the preferential treatment Russia has received from Bach and the IOC has permitted this drug scandal to continue for almost 10 years. While there are consequences for other athletes who are caught cheating, she says, for Russia there are merely concessions.

WADA should appeal the CAS decision

WADA is calling the CAS decision a “victory,” stating that “In the face of continual resistance and denial from Russia, we clearly proved our case, in accordance with due process.” Others have quite the opposite opinion. Among them is Travis Tygart, CEO of the US Anti-Doping Agency (USADA).

In a statement from the USADA, Tygart is calling the decision a “weak, watered-down outcome” and describes it as a “catastrophic blow to clean athletes, the integrity of sport, and the rule of law.” Indeed, the CAS decision is much less severe than WADA’s initial punishment of a four-year ban, and many others are arguing that it will do little to deter future cheating attempts by Russia or any other sport organization.

For this reason, some prominent voices in the world of anti-doping are calling for WADA to appeal the CAS decision, saying that this lesser punishment, which allows many Russian athletes to continue competing without having to prove that they’re clean, is simply a continuation of the special treatment given to Russia by the IOC and does nothing to protect athletes or the integrity of sport.