Claudia Weber and Thomas Wenning have run over 100,000 kilometres together, gone through more than 150 pairs of running shoes and completed over 300 marathons, and on July 17, the pair were married during the Reschensee run in South Tyrol, Italy. 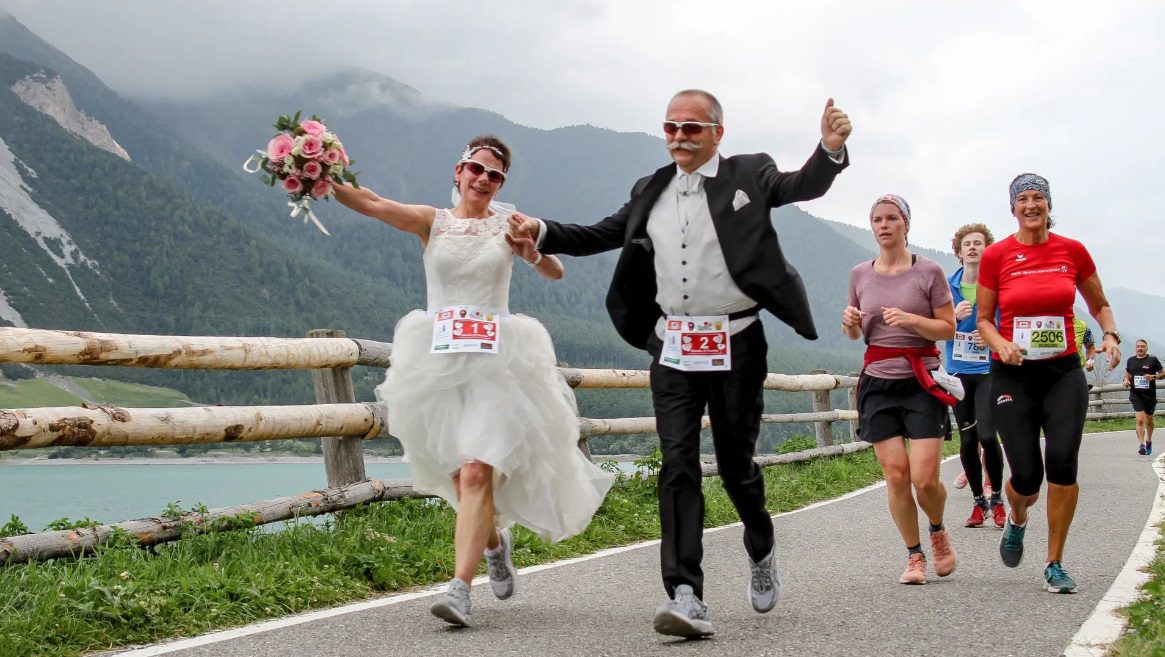 Weber and Wenning first got to know each other at the 2004 Rhine-Ruhr Marathon, and have been running together ever since. The Reschensee run is a 15.3 kilometre race around Lake Reschen that starts and finishes in the village of Graun. The couple started the race together and walked directly to the registry office, where they were married by the mayor. Immediately afterward, they continued the run and crossed the finish line in front of the town’s historic church tower, officially a married couple.

“When I crossed the finish line with Claudia in our first half marathon together in 2004, it was clear to me that this was the right one!” said Wenning. “Our joint running and charity projects have welded us together forever!” 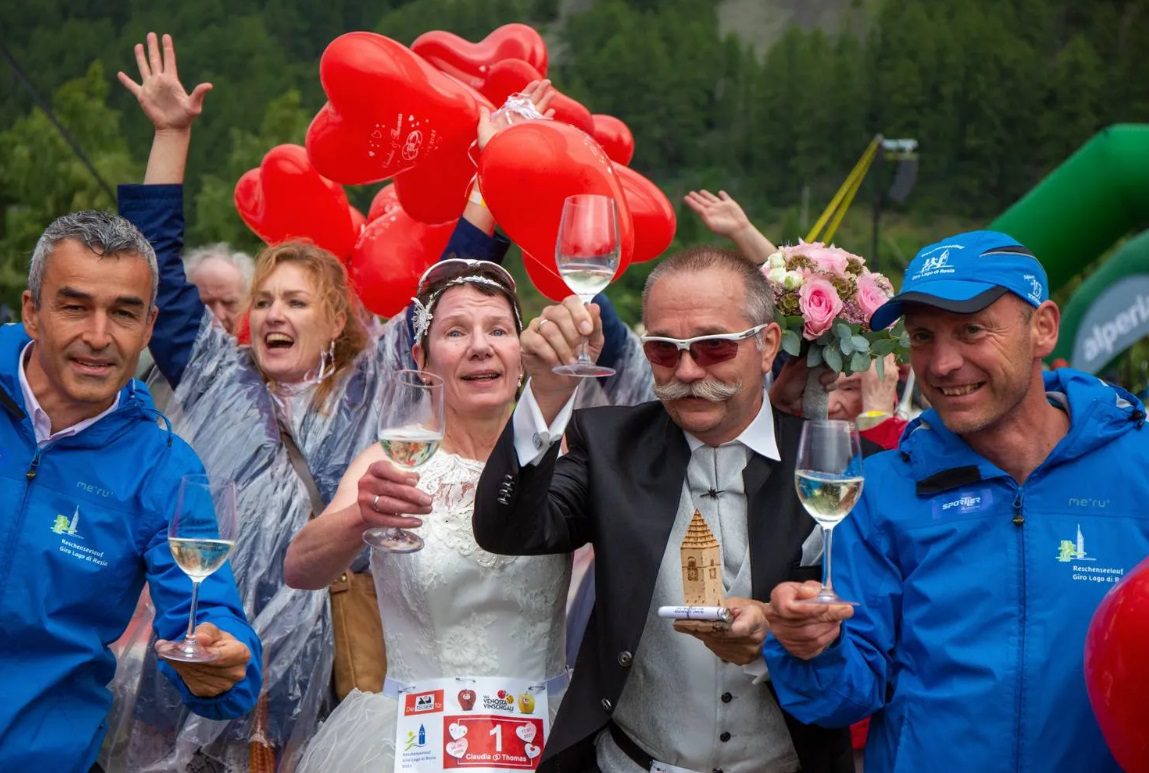 Wenning promised his bride that at some point, he’d take her to the registry office. Weber said that if she got married, it would be to Wenning on a running track.

“Thomas is my second half,” said Weber. “I would like to share the adventure of life with him. Together we not only celebrated records and victories. Thomas stood by my side even in difficult times!”