Lanni Marchant has dealt with a lot over the past year. The Olympian and former Canadian marathon record holder underwent multiple surgeries on her hip to fix a torn labrum.

RELATED: WATCH: Lanni Marchant opens up about her surgery and recovery

The runner is currently in Germany, where she just finished running in the Beer Mile World Classic. Marchant says she’s learned a lot from this injury — both physically and mentally her relationship with running has shifted.

Marchant says she now spends between 30 and 90 minutes doing activation before a run. “The time I spend doing activation work before I head out the door is almost more than the actual time I spend running. Pre-surgery Lanni didn’t think much about her body mechanics, she would just roll out of bed and run.” 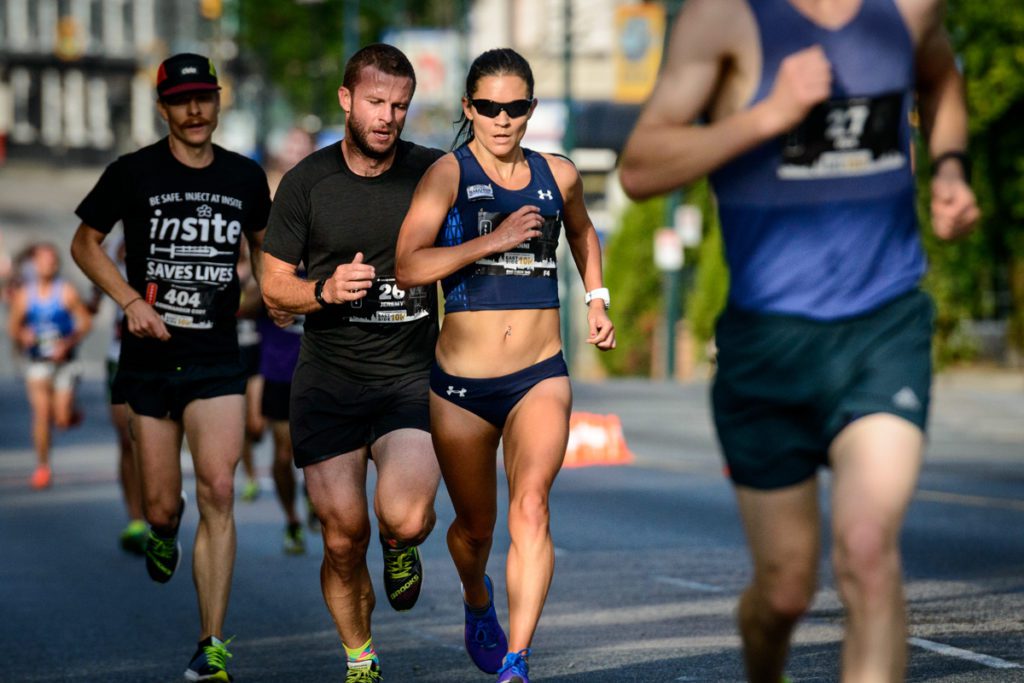 Now Marchant says that her activation, or pre-hab, is more important than the run itself. “If it’s a travel day and I don’t have time for both, I choose the pre-hab over the run. I see it as more important now.” The runner has also become more aware of the surface she runs on. “I’ll drive a good distance now just to make sure that I’m running on softer surfaces. My ideal surface is a soft trail, but nothing technical. Something like the Beltline [in Toronto] is ideal.”

Marchant’s mental approach to running has also shifted. “I’ve had to be really patient with myself and that’s been the hardest part. It’s hard watching people make teams, break records and run well. I am seeing small bits of progress, it’s just really slow. The big struggle has been to hold myself back. Patience has been the hardest part, that, and trusting the process.”

Dave Mills is still Marchant’s coach. Mills and Marchant have also teamed up with Bruce Craven out of Saskatoon who provides Marchant’s rehab routine. The runner says that if she gets the opportunity to run well again, she will do things a little differently. “I wish I’d celebrated and enjoyed it more when running was going really well. Once it’s gone you realize just how awesome it was to be really good at something.”

The Canadian women’s running field is very deep right now across all events, but particularly the marathon. There are eight Canadian women who’ve run under 2:37:00 in the past year and Rachel Cliff (Canadian record holder) has already run Olympic standard. Marchan’t road back to Olympic running won’t be easy, but it’s a project she’s tackling head on.