As runners, we love to test ourselves, and while most of the time that means running hard repeats at the track or on the road, sometimes we experiment with more than just speed. There are many races around the world that pair running with eating or drinking absurd amounts of food and beverages. The most popular of these events is the beer mile, which attracts elite runners from around the world, but there are more obscure races, like the Krispy Kreme Challenge. Here are those competitions and others like them, all of which have almost certainly made more than a few people puke over the years.

Excited to announce that our after party this year will once again be taking place at our favorite Brooklyn bar: @DSKBrooklyn in #fortgreene. Registration includes a free beer (pizza costume not included). Sign up: https://t.co/nedcjLQcp8 pic.twitter.com/0fqHDEEJg6

New York City plays host to a few food-running events, but the NYC Pizza Run sounds like one of the most difficult. In this race, participants cover four laps of an 800m loop for a total of two miles (3.2K). After each lap, runners have to eat a slice of pizza before continuing with the run. Finishers get a pizza gift bag (we’re not really sure what that means) and a Pizza Run t-shirt.

Every February in Raleigh, N.C., thousands of runners participate in the Krispy Kreme Challenge. The event website says it “epitomizes the test of physical fitness and gastrointestinal fortitude,” and that’s pretty believable considering what racers have to do. Participants start by running 2.5 miles (4K) to a Krispy Kreme restaurant. Instead of turning back right away to complete the five-mile course, every participant has to stop and eat a dozen glazed doughnuts before heading back the way they came. 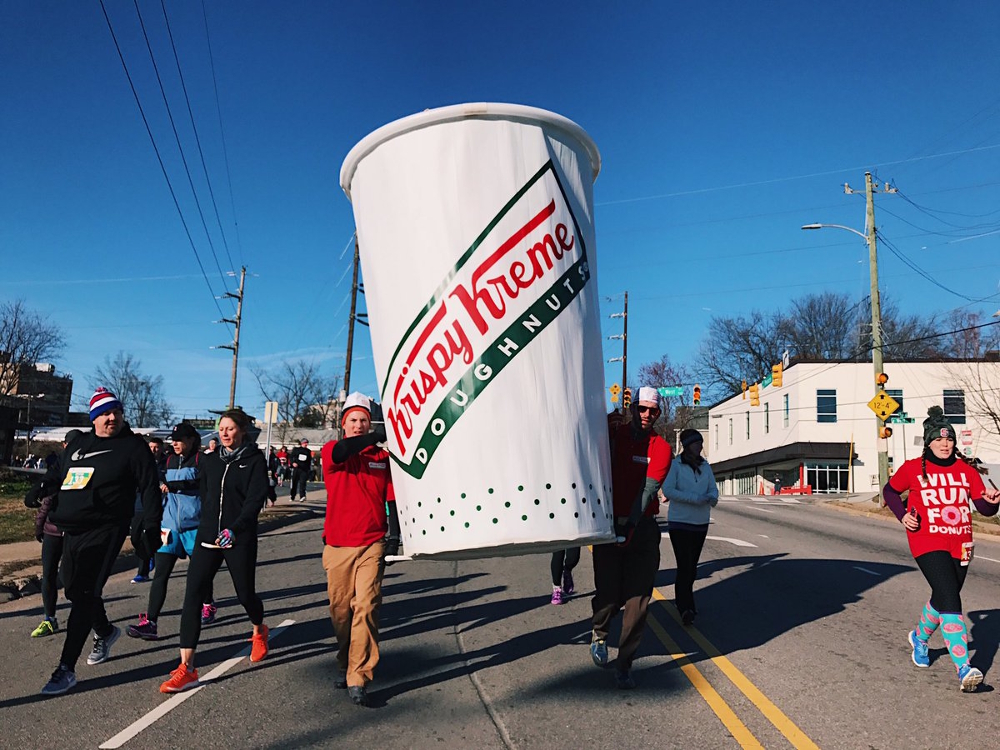 This race sounds so unpleasant. At least the other events involve pizza and doughnuts, and while it might be tough to stomach all of that food, it tastes good on its way down (and hopefully it stays down). In the vodka steeplechase, competitors have to run 3,000m on the track, plus they have to work over barriers just like in a regular steeplechase event. The steeplechase is hard enough, but this competition borders on sadistic, and runners have to take seven shots of vodka along the way. It’s tough just thinking about that.

The Highway 2 McDonald’s is a one-of-a-kind race that takes place in Kingston, Ont. Like the Krispy Kreme Challenge, participants run 4K to start the race before making a pitstop at a McDonald’s. There, they have to eat an entire Double Big Mac meal (large fries, a large pop and, of course, a Double Big Mac), before running 4K to the finish. This event is not for the weak of stomach. 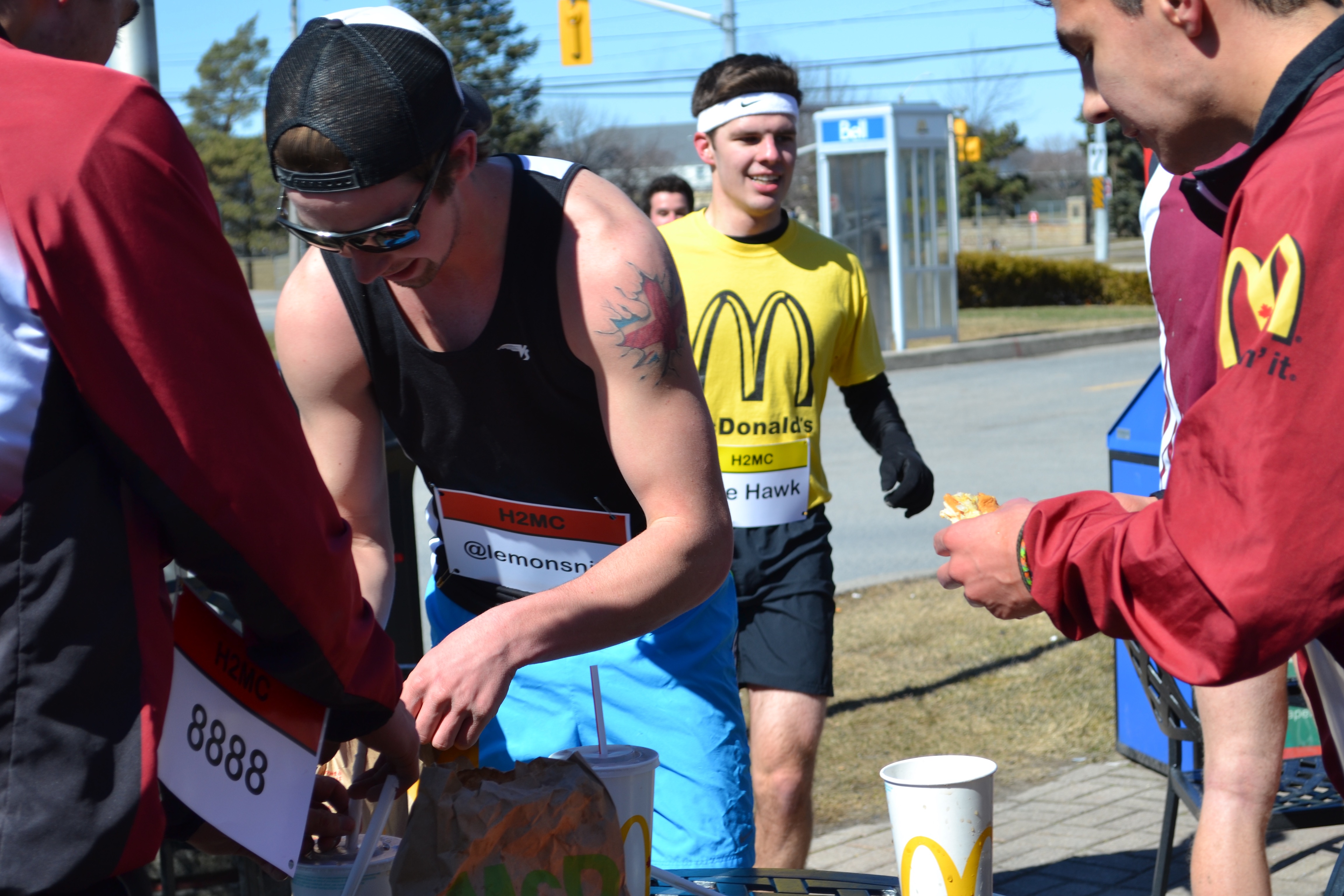 Even though the beer mile has grown in popularity over the last few years, lots of people still might not know about it. The rules are simple: run four laps of the track and chug a beer before each one. If you puke, you have to run a penalty lap. Canadians are pretty good at this event, and the world record-holder is Corey Bellemore, who holds a time of 4:33.6.