When you’re about to win a race, it’s only natural to let your excitement show and want to celebrate a bit. If you’re in a tight race, though, it might be best to power through the finish before starting the celebration, just to be safe. It’s happened on many occasions, but here are a few of the best (or worst) times athletes celebrated too early and lost because of it. 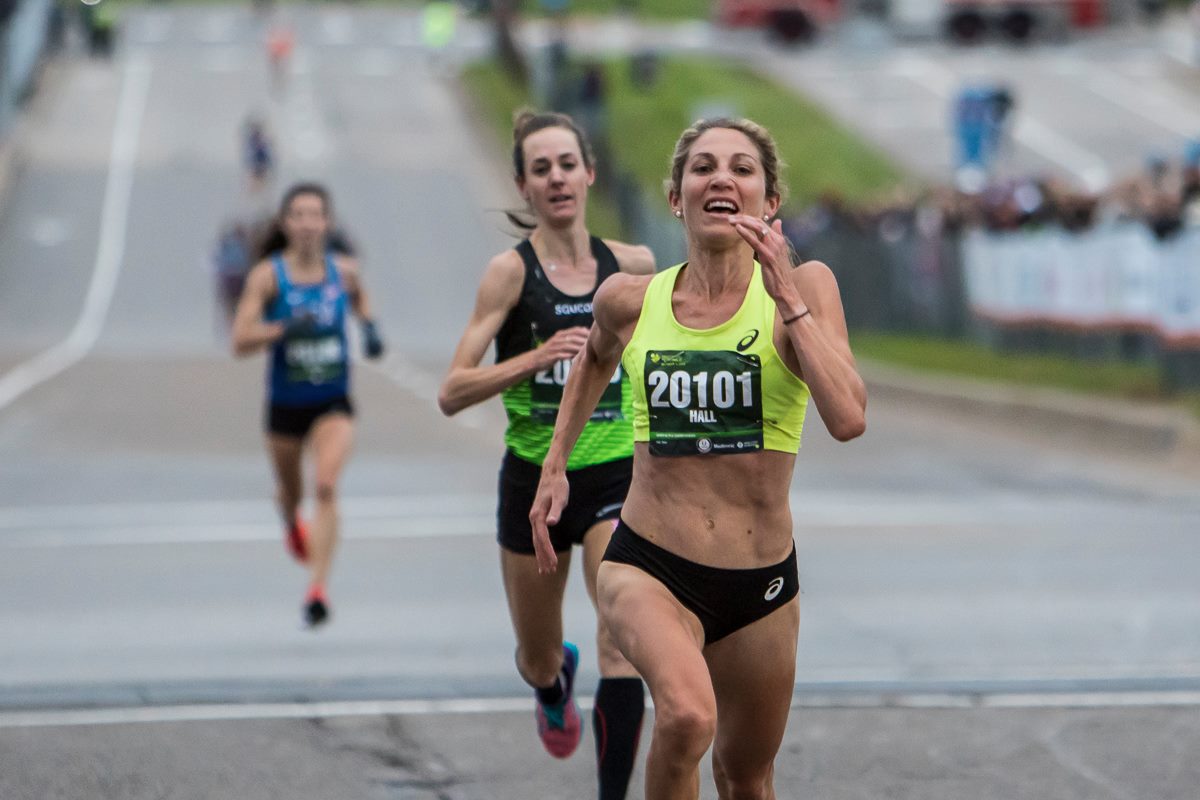 The AJC Peachtree Road Race is run every year on the Fourth of July, and in 2015, Ben Payne and over 54,000 other runners took to the streets of Atlanta to celebrate the U.S. Independence Day. Payne ran a PB of 29:31 that day, but he needed to go a second or two quicker. In the closing metres, Payne thought he had enough of a gap on British Olympian Scott Overall, so he slowed down, put up his finger in a “Number One” gesture and cruised to the line, only to have Overall speed past him and clock a 29:30 to steal the win. This blip taught runners everywhere to “Always run through the line,” as Overall tweeted later that day.

Pleased to take the win today at the Peach tree 10km. Always run through the line! #Peachy pic.twitter.com/HBRozJKSvv

Running with a home-field advantage at Hayward Field in 2015, the University of Oregon runner Tanguy Pepiot of France had the 3,000m steeplechase locked up with about 50 metres to go. Pepiot felt he had done enough and that the win was his, so he started waving to the crowd to cheer. Then, seemingly out of nowhere, Meron Simon of the University of Washington closed a sizeable gap and beat Pepiot to the line. Simon ran a 8:57.86, and Pepiot crossed in 8:57.96.

At the 2015 World Championships in Beijing, American Molly Huddle was in bronze territory in the final stretch of the 10,000m. As she approached the finish, she threw her hands up to celebrate her first worlds medal, only to see her American teammate Emily Infeld beat her across the line. The look on Huddle’s face after the finish says it all—it hurts to be passed at the end of a race, but it’s way worse when you know you could’ve pushed a little more.

Usain Bolt — Pretty much any race he enters

Usain Bolt should definitely be on this list, but his premature celebrations always ended with a win. In the 100m final at the 2008 Olympics, he got off to a bad start, made up the time by the 50-metre mark and at around 80 metres he began to celebrate. He did all of this in 9.69 seconds, which won him the gold medal and 100m world record.

Eight years later, at the Rio Olympics, Bolt faced Canadian Andre De Grasse in a 200m semifinal. Bolt started to slow, but De Grasse sped up, looking to pass the Olympic champion. Bolt looked over and shared a laugh with De Grasse before crossing the line in first. Moral of the story? Unless you’re Usain Bolt, don’t celebrate prematurely. It’s just safer to run right to the line.