Winnipeg’s Junel Malapad has a different Boxing Day tradition. Every year on December 26, he runs 100 kilometres in support of the Siloam Mission homeless shelter. Boxing Day has officially been “Running Day” since 2015, and this year he’s upping the ante. Instead of running 100K, the 51-year-old will be running for 48 hours to raise funds for the shelter. 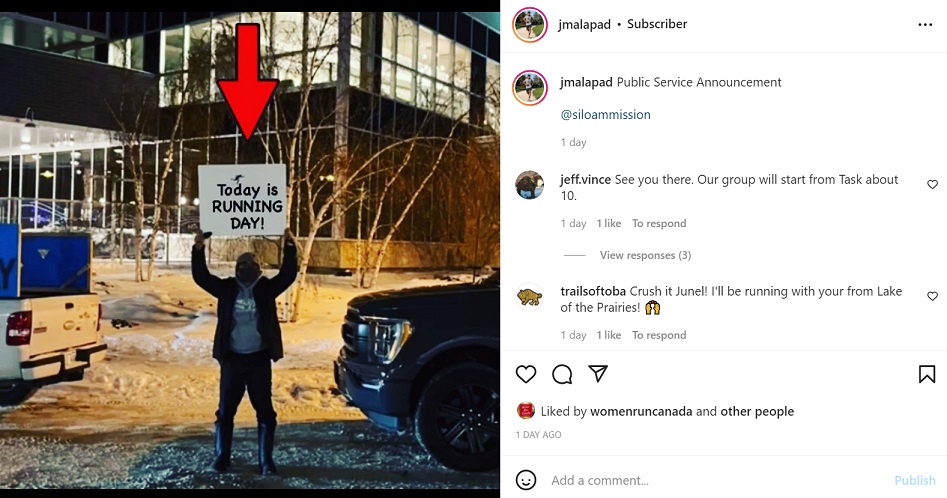 “The past few years I’ve run 100 kilometres,” Malapad said in an interview with CTV. “This year it’ll be 48 hours, which could take me up to 200 kilometres.”

He goes on to explain that the Siloam Mission has done a lot to help unsheltered people in his community, and he loves using running as a way for him to help out. This is not the first time Malapad has tackled a distance like this, and he’s done a few 48-hour runs in the past. In 2020, the ultramarathoner ran 50 kilometres 50 times throughout the year to celebrate his 50th birthday.

The run will be self-supported, but others are invited to join him for portions if they wish, taking the necessary precautions for COVID safety. Malapad began his run at 11 am on Sunday, and those who want to support him locally can drop off hygiene items and non-perishable foods at the Inn at the Forks, where he will be setting up his own aid station. “Siloam Mission has a wishlist like men’s clothing, jeans, shoes, of course some warm jackets, cough medicine and some things like that they really need,” says Malapad. 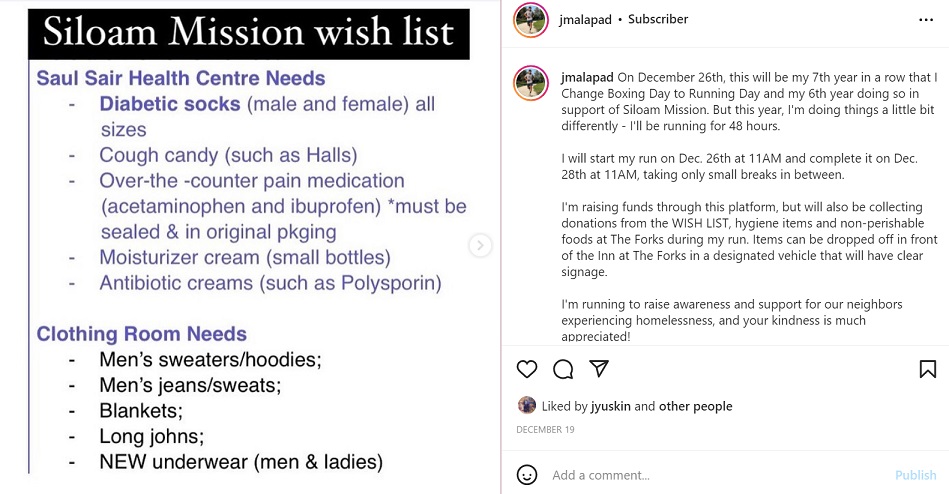 Sponsor-A-Song: the new way to fundraise