The past year saw women dominate ultra distances, and not just dominate their own gender category, but occasionally the whole ultra-race event. On Friday The Guardian published a story highlighting this accomplishment. They shared the stories of several female endurance athletes who were able to out-swim, out-cycle and outrun all of their male competition.

The Guardian interviewed sports psychologist Dr. Josephine Perry, who theorizes that what makes the difference is between the ears. Perry feels that a process-oriented runner, as opposed to an outcome-oriented runner, can breed a mindset that produces winners. “Something I see regularly with athletes is that when they’re expected to do well, it adds significant pressure. When there are no expectations we can relax and enjoy the process of seeing what is possible, rather than worrying about failing.” She feels that the women who win ultra races outright are tending toward process over outcome.

This theory seems like it butts up against the idea that you must believe you can win to be successful. But being process-oriented isn’t the absence of belief that you can win, it’s simply prioritizing executing the race over executing an outcome.

Runrepeat.com and the IAU published their State of Ultra Running 2020 and revealed findings that support this trend. They analyzed over five million results dating back 23 years and found that over a certain distance, women (on average) outperform men. They found that the longer the distance, the shorter the pace gap. For example, in 5K races men average 17.9 per cent faster finishing times than women, but in a 100 miler, only 0.25 per cent. When running over 195 miles, female runners averaged faster times than men, hitting 17:19 minutes per mile (10:45 per kilometre) to the men’s 17:25 (or 10:49).

Women who won ultras outright in 2019

In January, Scotland-based Jasmin Paris won Britain’s 268-mile (429K) Montane Spine Race in 83 hours, 12 minutes, making history as the first woman ever to win the gruelling winter ultra and smashing the men’s and women’s course records in the process. The Spine Race, which covers the length of the Pennine Way (a national trail that extends from northern England just south of Manchester into Scotland), involves over 11,000m of elevation gain, and has a time limit of seven days.

Durango-based ultrarunner Maggie Guterl not only won the 2019 Big’s Backyard Ultra in October, but she was also officially crowned champion of the world by race director Gary Cantrell (Lazarus Lake). As the first female winner ever, Guterl ended the race that never ends by completing 60 laps and 250 miles (402.3K). She battled it out with Hong Kong-based Kiwi Will Hayward. Guterl won with the fourth-highest mileage in Big’s history. 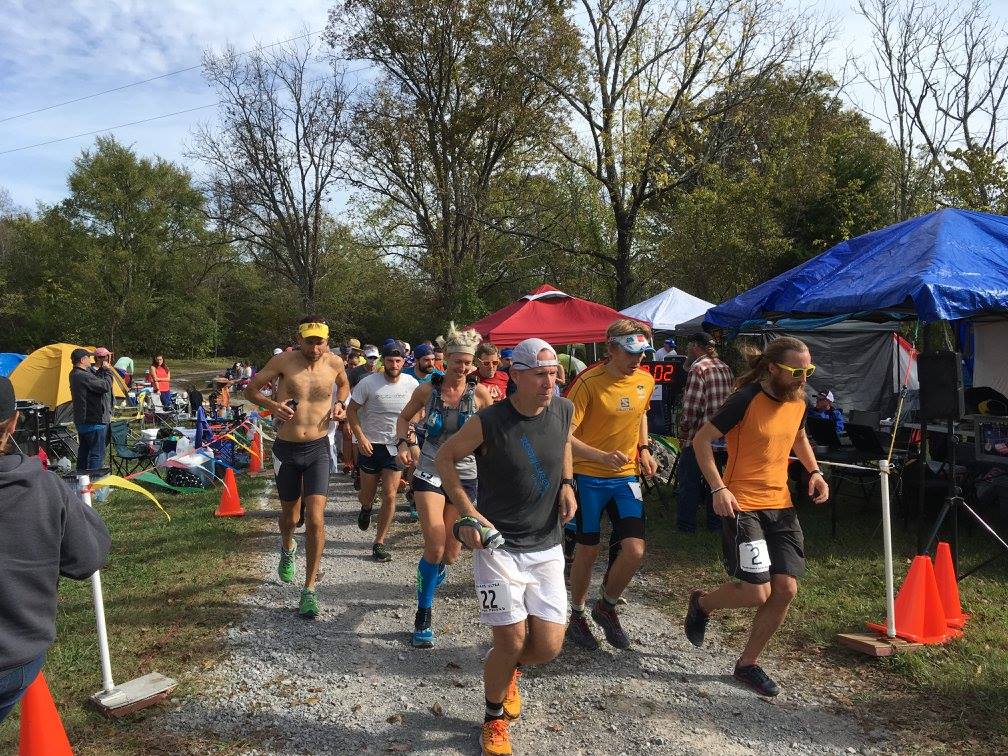 In December at the Desert Solstice 24-Hour and 100 Mile Track Invitational in Phoenix, Arizona, Marisa Lizak of Marina Del Ray, California, not only won outright, with with 148.08 miles (238.32 kilometres, or 595 laps), setting a new personal best of more than 11 miles over 24 hours, but she set a new American F40-44 age-group record. The event is held on the 400m oval track at Phoenix, Arizona’s Central High School, it’s an event designed for the purpose of breaking records.

This month Dennene Huntley Pangle, 42, of Edmonton won the 2020 72-hour Across The Years event overall with 235.75 miles (379.56 kilometres). It’s the first time Huntley Pangle, who is originally from Antigonish, N.S., has beaten all the men in a race. (Last year she finished second overall–to a woman, Charlotte Vasarhelyi of Ontario.) Because runners have some flexibility in when they start racing, Huntley had to wait two days to find out whether her first-place result would stand up until everyone had finished. In the end, it did.

In this race alone women were in the top three in every event at across the years except the 6-day. Women won the 200-mile, 72-hour and 10-day events outright.